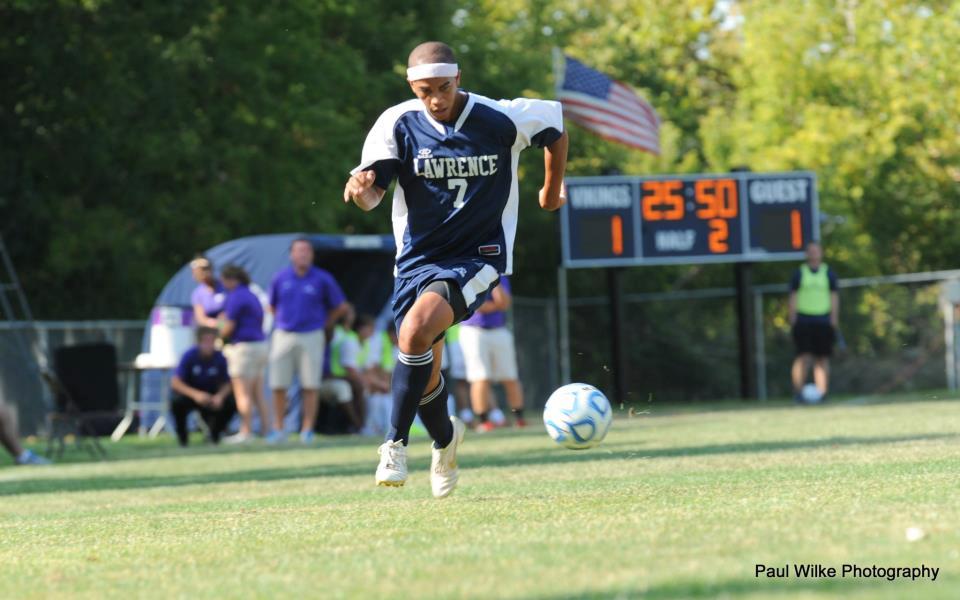 On Saturday, September 20, the Lawrence Vikings men’s soccer team faced their toughest conference test yet when they took on Lake Forest College. The Foresters came to Whiting Field West 5-1-1 overall and left with a sparkling 3-0-0 MWC record. The game was a classic example of the clichÃ© statement, “Great teams always find ways to win.”

The Vikings had a slew of opportunities early in the game, but simply could not find the net. In the first half, the scrappy play of sophomore Stephen Salansky and junior Joe Cullen stood out. Both provided the Vikings with high energy and opened the door for several scoring chances. Midway through the first half, Cullen set up Erich Lohrmann in front of the net, but the shot missed wide. With roughly 5:15 remaining, Cullen himself sent a shot off the top post, narrowly missing a chance to give the Vikings a 1-0 lead. Despite a strong offense, Lawrence made several mistakes that ultimately cost the game.

It seemed to be only a matter of time before Lake Forest College would take advantage of the Vikings mishaps. It happened with 2:23 to go in the first, as junior midfielder Steven Johnson broke away from the defense and delivered a stellar cross to forward Mahir Mameledzija, who put the Foresters on the board. With the quick strike, Lake Forest College seized the momentum going into halftime.

Defense stole the show on both sides in the second half. One player to note was Vikings goalkeeper Kevin Aslett. After sustaining an injury 10 minutes into the period, Aslett battled back strong with two outstanding saves. All in all, the senior recorded nine saves on the game. The Vikings offense, however, only managed to pull the trigger on three shots in the second half, compared to 11 for the Foresters. One shot of note to many fans in the stands came from sophomore Darry Israel, who struck over the fence and hit a passing cop car. After a last gasp free kick from senior David Caprile fell short, the Foresters secured the win along with the best overall record in the conference. Credit must be given to the Foresters for limiting the Vikings chances late, despite a concerted effort.

In reaction to the loss, Vikings midfielder Darry Israel shared some humble words: “The team sees this loss not as an end but as a beginning, and this game will keep us grounded going forward.” Without question, the Vikings and their aggressive defense are on the rise after a 1-3 start to the season.