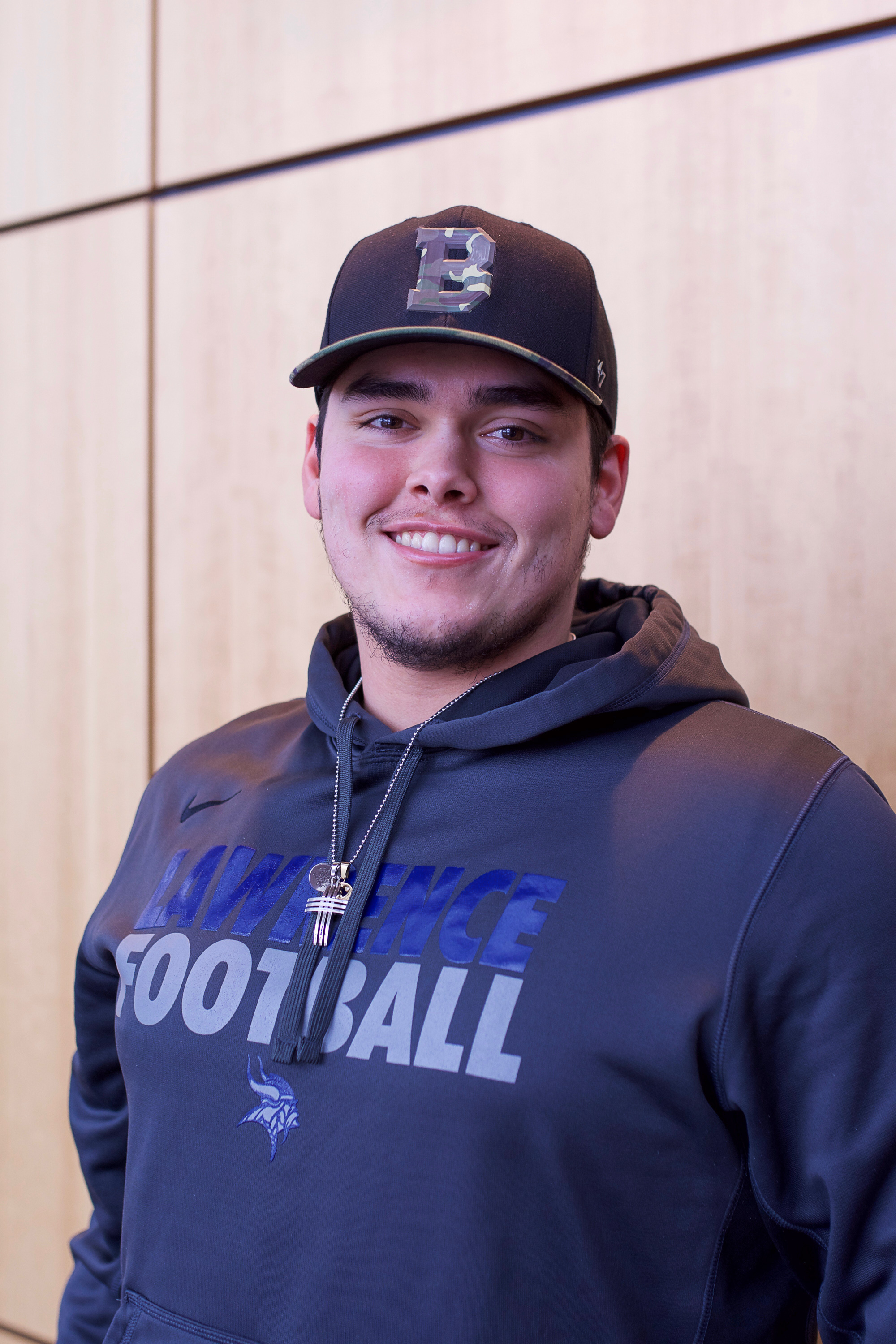 While we’ve always been told never to bring up money, politics, or religion at the dinner table, sometimes it’s these subjects that can lead to the most insightful discussions. Our perspectives on spirituality and religion are as different as the backgrounds and stories we carry with us. This column will showcase students and their relationships with faith and religion in hopes of celebrating the many ways in which we philosophically, mindfully and spiritually make sense of the world around us.

Junior Economics major Gabriel Baker sees his Christian faith intertwined with all that he does. Baker senses that all the patterns and cycles that work throughout nature and the economic systems he studies are all grander than himself. He is committed to his studies and hopes to use them to find a job that allows him to help and serve others. For Baker, faith is the driving force in his life that inspires him to learn more and be an example of compassion to everyone he meets.

He stated, “I don’t think that certain denominations of Christianity are wrong. I’d say I more so haven’t selected a path. I never grew up around organized religion, but my parents hung the Lord’s Prayer in my room, so I thought prayer must be a good thing and I’d say the prayer before bed even though I didn’t know what it meant.”

In only the last three years, Baker has become more and more intimately connected with his faith. One moment that led up to these last three years was an experience from his senior year of high school on the football field.

Baker stated, “I had made a big goal line stop and then I looked at my finger and saw that it was completely dislocated. I said, ‘Lord, this is the Devil’s work. You’ve got to save me now.’ Where did that come from? Who was I talking to? My life as an athlete and getting these injuries was a spiritual area where I’ve found God without knowing God. Then I came here knowing God was a thing, and I started going to church winter term of my freshman year because I wanted to own up to this faith—clearly it’s greater than me.”

Another moment that has guided Baker’s faith was an experience he had the summer before his sophomore year. Baker stated, “There was one day where I found myself on my knees bawling. I didn’t see God, but I felt Him. I felt Him telling me there was a lot of work to do, and at that point I remember thinking, ‘How can I do it? I just feel so sad.’ So ever since then I started reading scripture more, and I work to be more compassionate. To hate someone in your heart is to murder them in spirit. I am not God, but I strive to be just as compassionate as Jesus. Not only to those I love but to those who trespass against me. As a human that can be very hard to do! But I believe that this faith enriches life.”

Faith has also been a motivating factor for Baker to take an initiative on campus in starting a group called Champions of Change, which promotes healthy college drinking habits. Baker stated, “As a Christian there are habits to avoid. I don’t believe God put me on this earth to get drunk and say or do something that critically affects someone else. Drinking and addiction affect so many people’s lives and they are issues that a lot of people struggle with on college campuses. It’s not that people who drink can’t take care of themselves, but for me it’s something I try to avoid as it could be an avenue to worse things.”

Baker knows the ways Christians can be perceived and the ways Christians have acted to add to those perceptions. He stated, “Christians can be seen as uptight. Many can be against LGBTQ+ people, or against pro-choice people. Apparently, there are Christians who are anti-vaxxers too? I don’t know where it says that in the scripture. God gave us the tools to make medicine like that. When I got my last injury, I didn’t want to take oxycontin because I know what it can do, but that choice wasn’t because of my faith.”

“The idea that you should feel shame and guilt about something you’ve done or who you are, those are constructs of the Devil,” Baker stated about the way Christians think about the concept of sin on a day-to-day basis. He explained this more as he stated, “That’s spiritual warfare. In economics we talk about decision trees. They sort of represent all the paths that exist in relation to how many decisions we have to make. God wants you to follow one path, but no one’s ever done that. There are many paths to take because of all the decisions we have to make. But no matter what choices you make, God will never abandon you.”

Baker stated that it’s important to embody the real values of Christianity, rather than just using faith to hold yourself above others. He stated, “As Christians, the worst thing we can do is go to someone who is different than us or has experienced different things in their lives and say, ‘Well you don’t have enough faith.’ It could seem easy to say that to someone who has gone through something traumatic. But it’s really saying, ‘I obviously know what I’m doing; I wear this cross and I go to church.’ If you aren’t thinking about what you read or about what you hear in church, those things don’t mean anything. In this sense, Christians have a misconception about what it means to be a Christian. As an athlete, I have to have a certain diet. Sometimes I eat a lot to gain weight or eat selectively to manipulate my body a certain way. It’s the same thing with church. Church nourishes you but if you don’t exercise it, you just get obese. Faith is an active and present thing.”

At the root of the root, Baker’s faith in Christ comes back to love. He seeks it out in all he does. Baker stated, “If you want to talk about love, look at Christ. Love is something so powerful. Love can heal us, it can change us, and it can reprimand anything. It is beautiful. My goal in life is to be happy. Regardless of whether or not I make money, I want to be happy. I want to do things that make me proud and be grateful for my life. That means living a life of love. Love and compassion is something that we have a choice to give. Those who do not know love don’t know Christ, because Christ is love. So if you know what love feels like then you know Christ, and that’s beautiful and unparalleled. That love of is like nothing else. It’s unexplainable, it’s unconditional and it doesn’t matter where you are or what you do. That love never fades.”

If you’re interested in learning about more Lawrentians and their spiritual journeys, come and read their stories that will be on display outside Stansbury Hall throughout the production of Bernstein’s Mass scheduled to be performed Feb. 14-17. This opera tells the story of religion, doubt and a spiritual journey. Make sure to come and see it.