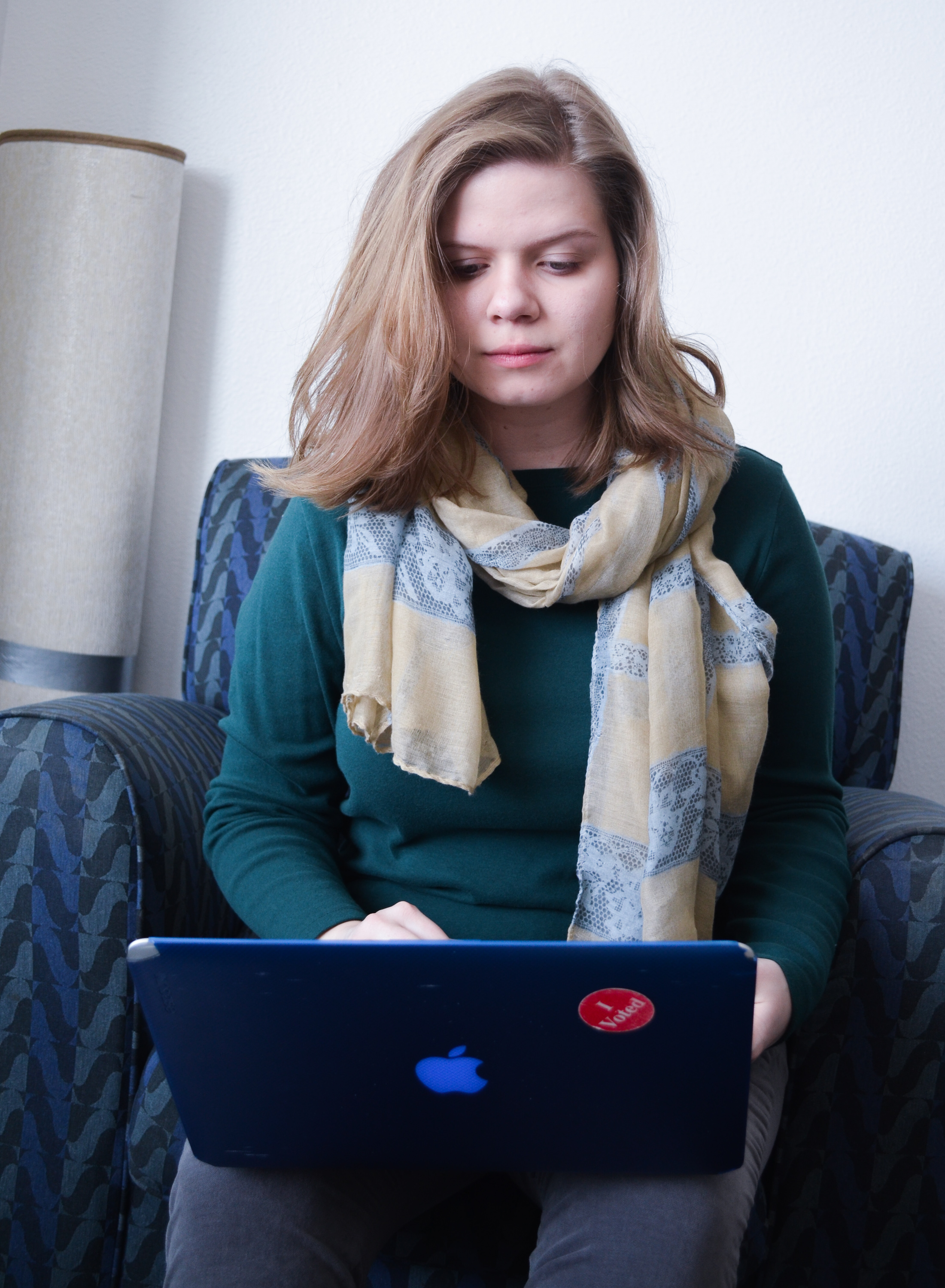 Ask senior Ava Huebner about her upcoming music projects, and her whole face lights up. While I only first got to know her because we were in the same classical piano studio, I soon learned she was involved in so many other diverse projects from managing the electronic music studio to being on tech crew to jamming on bass with her friends.

Huebner has been making music her whole life. When she was four years old, she joined a group music class for kids that taught her basic keyboard and general music skills. As she grew up, she also enjoyed playing in orchestra and band, singing in a children’s church choir, taking piano lessons and going to rock band camp in middle school.

“Music always served as a huge family bond,” explained Huebner, adding that her dad plays drums in a band and her mom worked in a record store.

With so many diverse musical interests, she always felt like it was difficult to know how to balance them. She grew up listening to alternative indie-rock bands like Wilco and The Flaming Lips, but classical was what she studied officially. In her mind, the two worlds were relatively separate.

However, during her freshman year at Lawrence, Huebner attended a guest flute and electronics recital that changed everything. “I realized the technology I grew up around could be used in a classical setting as well,” said Huebner. Hooked by this connection of possibility across sound worlds, she ended up taking as many electronic music and sound recording courses as she could, eventually becoming the manager of the electronic music studio.

Last May we had the chance to collaborate for the first time when we co-wrote a half-improvised/half-composed piece for piano and electronics for my senior recital.

“This project was the first time I had done anything that truly felt like my own creation,” explained Huebner, emphatically stressing how empowered she felt during that process to take artistic ownership. “Usually I’m helping someone else fulfill their artistic vision, but you valued my contributions as an equal. We both grew so much during that process of creating together.”

Now, for her senior project, Huebner is working on a self-written and produced album entitled “Kid Art.” The project stems from her fascination with the un-self-consciously free energy of children when making art and serves as an embodiment of her own personal journey to return to that space of open, creative energy.

“I think we take the process of art-making for granted by focusing so much on what it’s going to be,” said Huebner. “Like many, I have a tendency to overthink and be anxious about whether it’s good enough. This fear can really keep you from trying new things and ultimately from actually being good.”

Huebner’s album is a chance for her to reclaim the fun and the personal in her music-making as well as celebrate all the hard work she’s put in her entire life.

“Being a music student, it can be really hard to enjoy what you’re doing and not lose track of the fact that you’re already talented and hardworking. It’s ridiculously sad how easy it is to forget the value in that.”

Huebner’s album will be officially released in May, but you can catch her playing electronics earlier on Sunday, Feb. 24, at 8 p.m. at the New Music Recital.