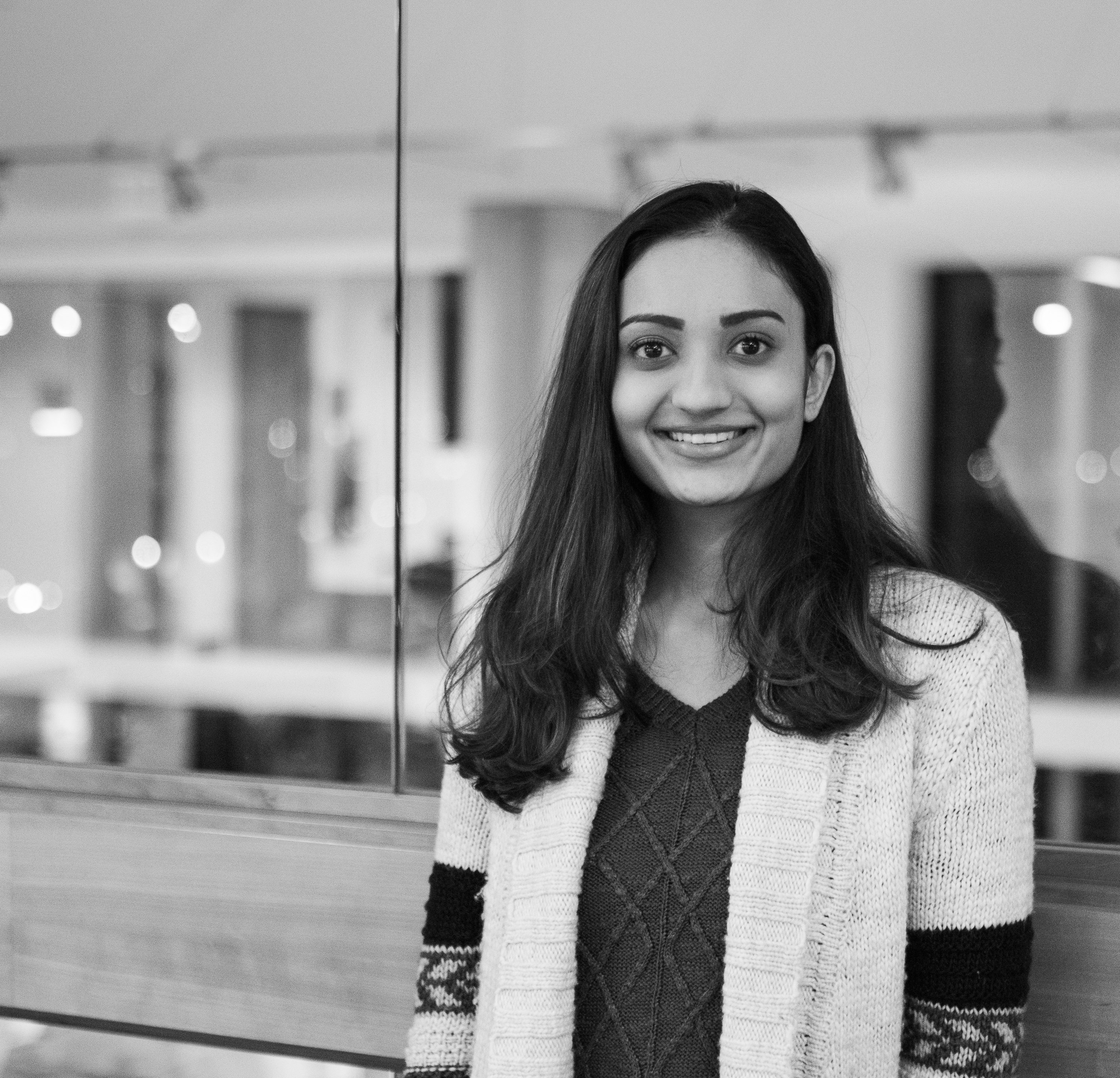 While we’ve always been told never to bring up money, politics or religion at the dinner table, sometimes it’s these subjects that can lead to the most insightful discussions. Our perspectives on spirituality and religion are as different as the backgrounds and stories that we carry with us. This column will showcase students and their relationships with faith and religion in hopes of celebrating the many ways in which we philosophically, mindfully and spiritually make sense of the world around us.

Sophomore psychology and neuroscience major Shreeja Vachhani is originally from the tiny state of Gujarat in Western India. Vachhani has grown up with Hindu values her whole life and loves exploring religious thoughts and ideas. As Vachhani said, “I’ve never been the kind of person to go out and party, but if I could go to a spiritual function for three hours, I wouldn’t mind.”

Vachhani’s memories of growing up have been infused with her Hindu background. “All my family is very religious, especially my grandparents. They’re very into the everyday rituals in Hinduism. I have so many fun memories going to temple just for ten minutes every day. There’d be this huge courtyard where I’d ring the bell and go run around. They’d give me a sweet offering and it made me so happy to go play around with the other kids. That’s a big part of how I was brought up as a kid.”

For Vachhani, prayer has been such a constant in her life that she does not feel like she is setting aside time in order to do it. Vachhani stated, “Praying is a big part of religion to me because at any auspicious event or festival that we go to, we begin with prayer as a sort of positive reminder. Even when we go on road trips, we chant a phrase before we start driving to stay safe. It’s a part of my life that I also don’t do consciously. Even back at school we had prayer time in the morning, and we’d recite chants from the Hanuman Chalisa, which is this big book of chants. There’d be the ohm three times and we’d practice breathing. This all has been going on for a long time in my life and it isn’t conscious.”

The deities these prayers are sent to are often dependent on family background. Vachhani explained this as she stated, “Hinduism doesn’t have any prophet. It’s all deities and gods that you worship depending on what part of society you identify yourself with. My family worship gods like Krishna and Ganesha. When we talk about Hinduism, there’s a lot of talk about Krishna since a lot of people are familiar with the Gita, which makes sense for Lawrence. But there’s no one particular god or deity; it all depends on your background and your values.”

Vachhani learned a lot of these prayerful rituals from her family, like her grandmother and her mother. Vachhani stated, “My grandma and mom would have me pray every day after I’d wake up to get ready for school and before I’d leave for class. Every morning after sunrise when we’d make breakfast, we’d offer fruits and sweet foods to the deity before we’d eat it. Once he’s eaten it then we can eat it. My mom and dad also wake up at 5 a.m. to do yoga and meditation for two-and-a-half hours. They’ve been doing this for seven years so these sort of rituals have always been facets in my life.”

Vachhani has many memories of celebrating her Hindu practices in her community and actually sees Hinduism as a way of remembering the community she is a part of. Vachhani described what these celebrations are like in her community: “At temples you’re offered some sweet food and the tilaka which is a mark on your forehead made of ingredients that help to calm and focus you. A lot of our festivals have to do with the community coming together to celebrate the seasons. One celebration is about the relationship between brothers and sisters and is based off stories from the Gita and our other spiritual texts. We tie this thread of protection around our wrists. The sisters tie it to their brothers, and the brothers give a gift to the sisters. It’s like this bond that they share where the brother promises to protect the sister.”

Now that Vachhani is apart from her home community and studying in Lawrence’s community, she feels like the way she practices Hinduism has changed. She stated, “I don’t feel like I get to practice as much as I used to back home. I’ve tried mediating here, but it’s not the same as it was back home. But even playing calm meditative music helps. I have one deity in my room and whenever I have an exam or I’m super stressed I pray to it for help. Every morning I make sure to eat and think of this offering before I go. So I still find ways to involve some of these rituals into my life.”

As Vachhani has found small ways to infuse her life here at Lawrence with the rituals and traditions she’s grown up with, she’s also found that she is starting to learn about the traditions of others. “I’ve become more mindful of the differences of other people and their faiths and religions and how they perceive the world. I’m not in my bubble like I was back home. I’ve been thrown into all these new things. But being open, perceptive and mindful of the similarities and differences has helped me to expand how I understand and interact with my world.”

For Vachhani, Hinduism isn’t just a religion, it’s a practice that has always been a part of her daily life as she’s grown. It is a reminder of the community she’s a part of and something that she’s interacted with for so long that she doesn’t even have to worry about making enough time to honor it or its teachings. For Vachhani, no matter where she goes, it is always a part of her.

If you’re interested in learning about more Lawrentians and their spiritual journeys, come and read their stories that will be on display outside Stansbury hall throughout the production of Bernstein’s Mass scheduled to be performed Feb. 14-17. This opera tells the story of religion, doubt and spiritual journey. Make sure to come see it.