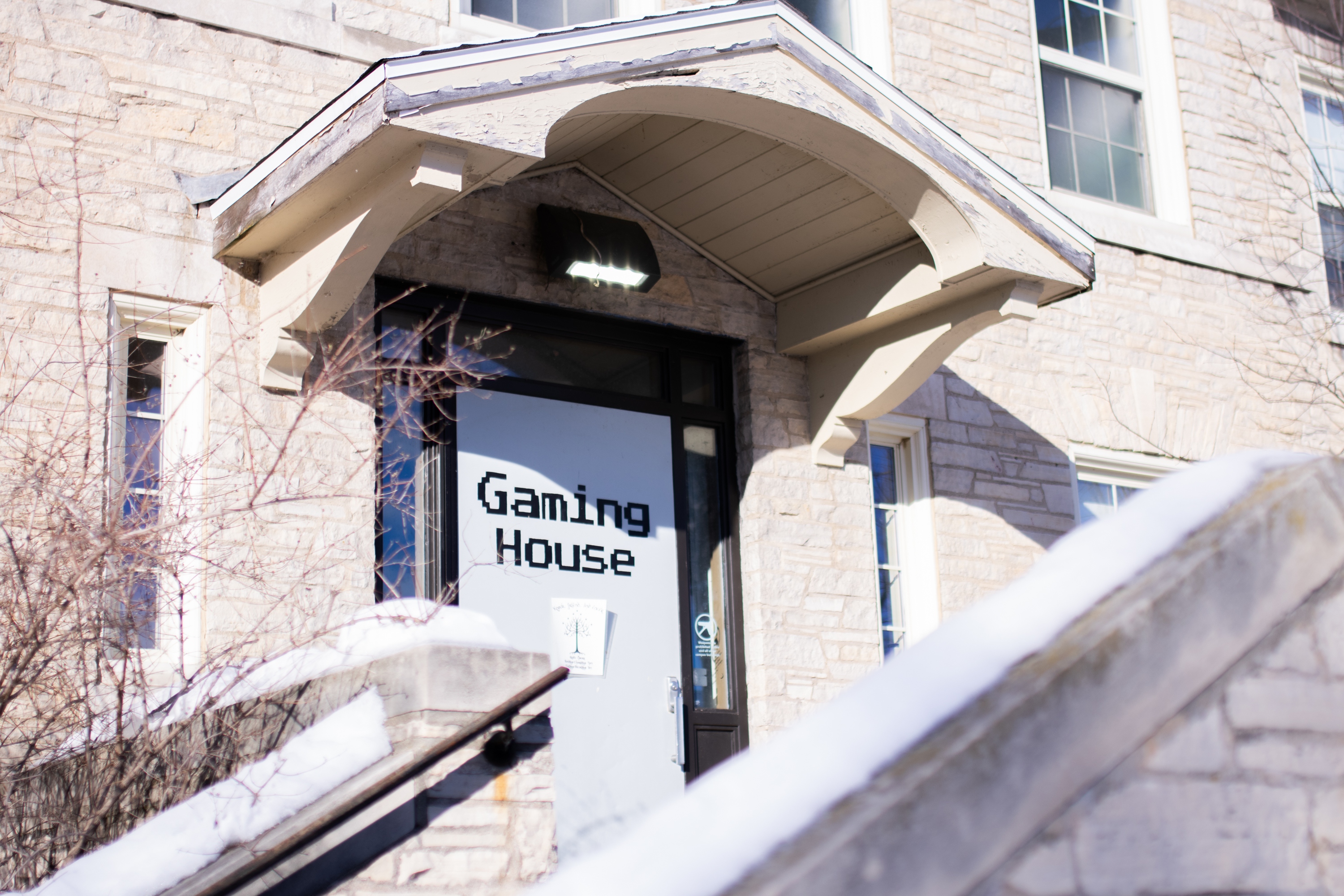 The entrance to Gaming House.

Located on the Quad near the Warch Campus Center, Gaming House is a student residence centered around, of course, gaming. Originally created for a particular group of students to socialize and play games, it has expanded into a substantial campus community containing numerous friend groups. The Lawrentian interviewed junior Gaming House president Daphne Thomas to gather insight on what makes the house unique.

As far as accessories go, Gaming House has everything one would expect from its title: a Wii U, two PS4s, an Xbox 360 and an extensive lineup of computers and board games. “We are constantly buying new games based on community input,” Thomas said. “Right now we are planning to invest in a Switch.” Gaming House also hosts a wide variety of events. “We host weekly theme nights where players of our more popular games have priority over the equipment,” Thomas said.

Aside from these “weeklies,” the house hosts larger events each term such as a Halloween party and “Panic!” at the end of winter term. According to Thomas, “These events provide a fun space for club members to hang out and interact with people they might not usually talk to.”

The “vibe” at Gaming House is known to be close-knit and laid back. There is an open-door policy before quiet hours start that invites people to knock and be let in. Once inside, Thomas says, “There is a constant flow of people using the space to socialize or game. Living there, you learn the quirks of all the people you see on a daily basis, even if you don’t consider them close friends.”

They also commented on the air of enthusiasm among residents, saying, “Everyone is willing to share their interest in games. At most times of the day, there are board members around to direct people to what they might be curious about.” This is a major part of the house’s appeal: the ability to freely walk in and socialize, which is what Thomas calls part of the house’s drive to “appeal to the greater wants and interests of the Lawrence community.”

What might make Gaming House a potential residency match? An enthusiasm for games goes without saying, but Thomas pointed out another niche that the house provides. They said, “Gaming House is a great place for socially anxious people to find a group where they might not be able to in a larger residence hall.”

They connected this to their own experience living there, saying, “When I nervously entered the house during my freshman year, at least three people showed excitement when I mentioned the games I like to play. Two years later, I am still finding ways to make new connections.”

Even if one does not intend on living in Gaming House, it is still an engaging place to hang out. The relaxed flow of people through the place makes the residents and the broader Lawrence community seamlessly connected.

Anyone should feel welcome to go and take advantage of what the space has to offer, so long as they abide by the house’s policy of treating the people and equipment within it with respect. Furthermore, it is a place to exercise community engagement, as Thomas stated, “We are grateful to people who come to our board meetings to give suggestions for new equipment or events.”