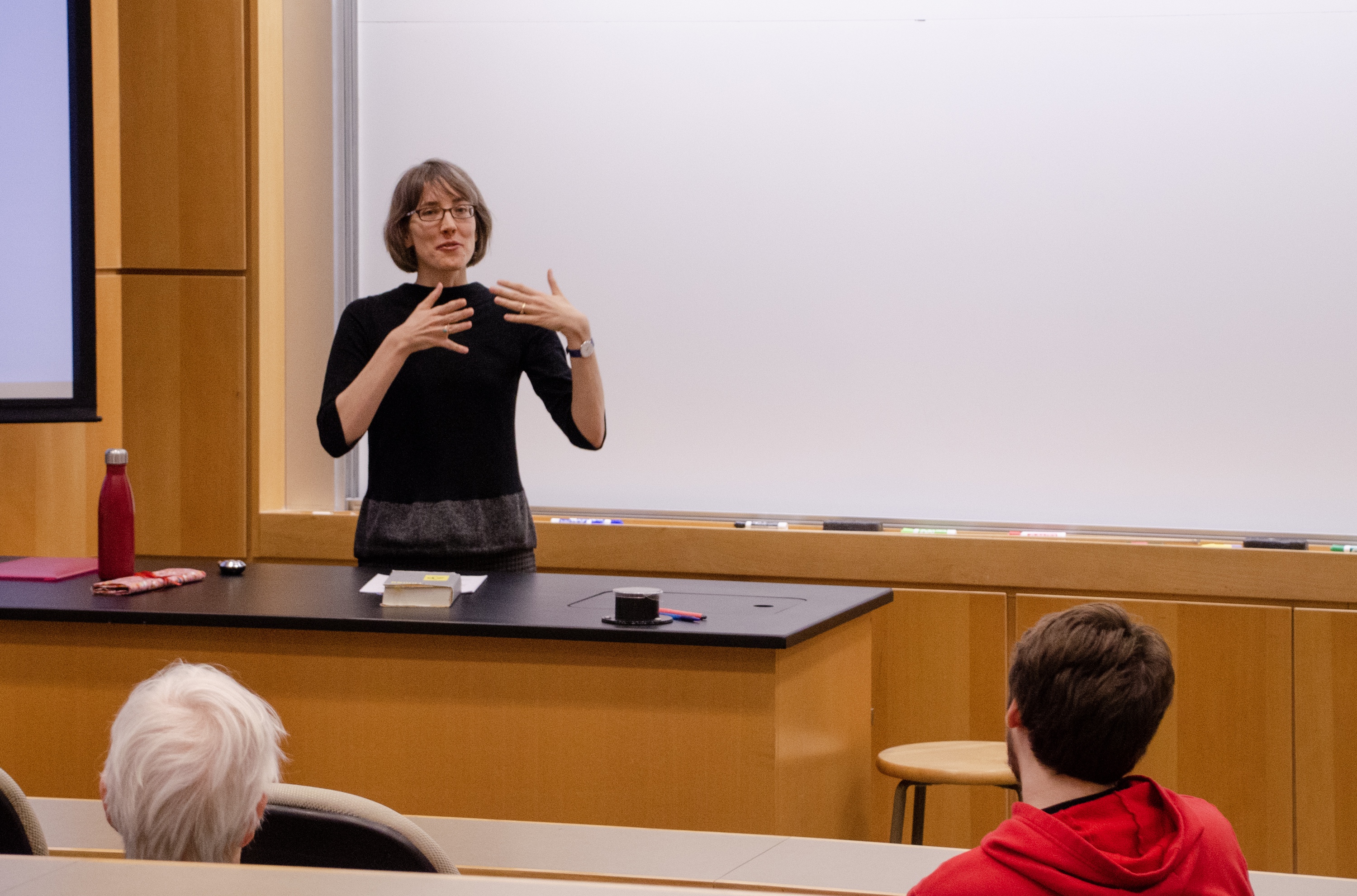 The idea of the Last Lecture Series is that each speaker delivers what they would want their very last lecture to be.

As part of Mortar Board’s “Last Lecture Series,” the lecture “The Receptive Brings About Sublime Success” was presented by Assistant Professor of History Brigid Vance in Thomas Steitz Hall of Science on Wednesday, Feb. 13, at 4:30 p.m.

The “Last Lecture Series” is sponsored by Mortar Board, the honor society for seniors at Lawrence University. Each professor gave a lecture on what they would want the last lecture of their career to be and is meant to be part academic, part inspirational, according Mortar Board President Senior Celine Stichert.

Vance started her lecture by saying that she was not entirely sure what she should talk about, so she used divination to help guide her. Using the ancient Chinese divination text “Book of Changes,” she asked how to move forward and got an answer that she decided should be the theme of her lecture. Receptiveness was how she was told to move, so she decided that was the message she wanted to share.

What receptiveness meant to Vance was that she and the rest of the Lawrence population should make room for both the intellectual and the heart. After introducing this as the theme for her lecture, she went on to describe the history of the “Book of Changes” and how it is used.

The “Book of Changes,” according to Vance, has been described in many different ways. The list of what it is that Vance described ranges from a sacred scripture, a book of philosophy and a divination manual to an early scientific treatise, a historical work and an ancient dictionary.

Vance described reading and interpreting the “Book of Changes” as like playing chess. There are many ways to interpret what it says, and there have also been many people who have written about it or interpretations of what it says, so depending on what information or version you look at, you might come to differing conclusions on what it is.

In China during the eighth century BCE, the basic text for the “Book of Changes” started being written and then took roughly one thousand years to complete. The book contains information about the way changes happen in nature, which then are meant to inform the person reading it about the answer to their question.

Hexagrams containing different combinations of yin and yang symbols contain the information in the book. One process of using the book to investigate a question, according to Vance, is by doing a coin toss. In this method, the person trying to use the “Book of Changes” for divination would assign different values to heads and tails, with heads being assigned three and tails being assigned two.

Then the coin would be tossed three times and the total of those numbers would indicate the type of yin and yang for one section of the hexagram, then you would do this over for a total of six times in order to complete the hexagram. There are other ways of divining from the “Book of Changes,” according to Vance, who said that it is really about what works for the individual.

Vance described the process of interpreting the hexagram which she had gotten when she asked how to move forward in terms of both her own life and for the general Lawrence population. The hexagram Vance got for her question was “Earth: The Receptive,” which she took to mean that sometimes we need to let go of rationalism and embrace humility.

While being receptive to the changes that life brings, Vance also said that we have an active role in our own fates. Studying the “Book of Changes” is something Vance finds important because it can teach people to accept the doubts they have in life by focusing on the changes around us.