Baseball played with heart, but came up just short 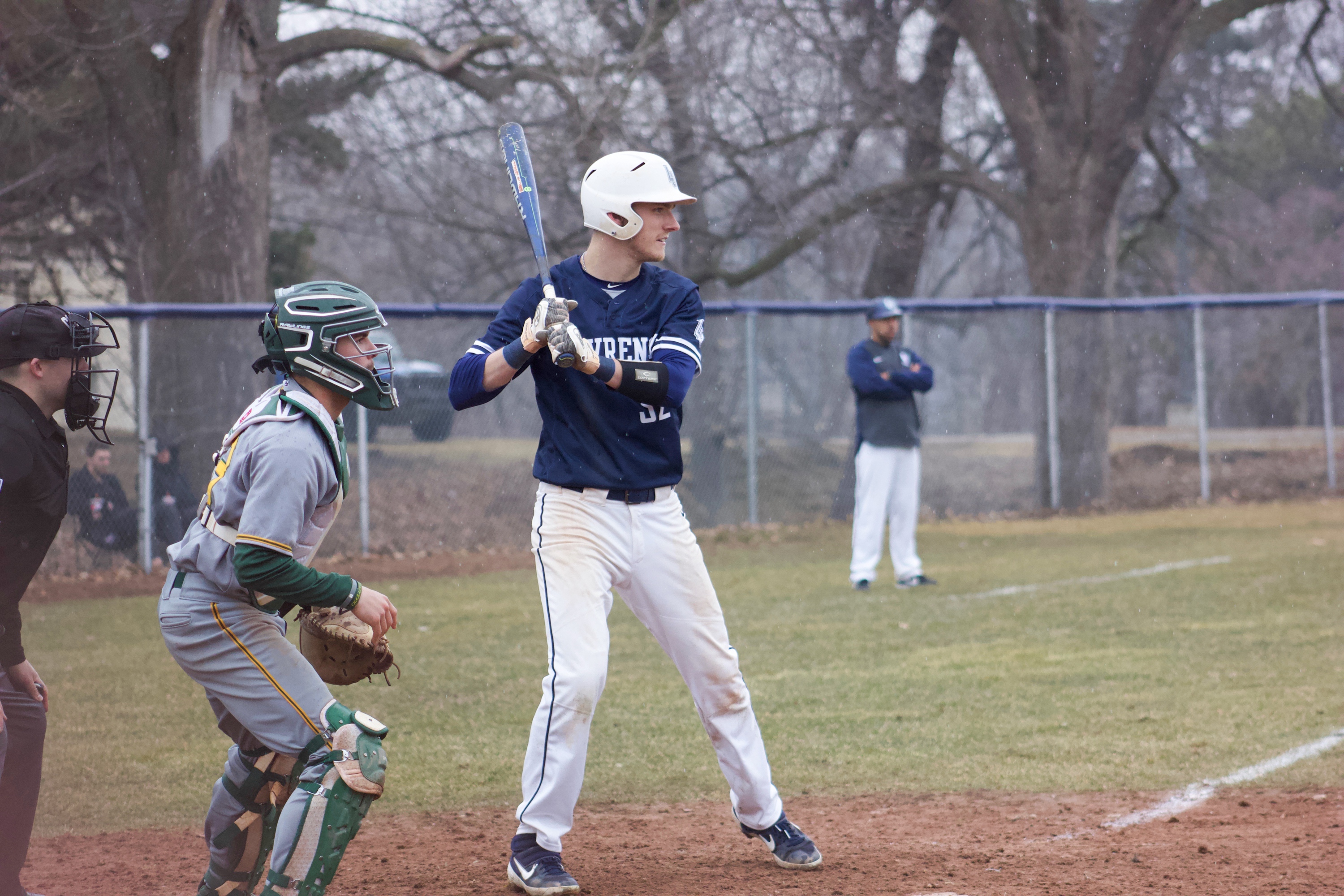 Senior Andrew Lauber hit a grand slam in the third inning of their opening game against St. Norbert.

The Vikings’ men’s baseball team traveled to St. Norbert College (SNC) this past weekend. Unfortunately, the Vikings were not able to pull out a win, but they battled through all four games. Sophomore first basemen Nick Pastrone said, “The first game was a great home opener, especially having the back and forth game we had. Starting the game, we came out with a lot of energy and focus. Towards the later innings, we lost a little of that, so I think just maintaining that focus next game the whole nine innings will help us win games this year.” Pastrone continued, reflecting on his personal performance, “I believe personally I was able to help the team that game on the offensive side with some hits and a home run, and as a whole team, we hit very well which reflected the runs we put up against a great pitcher for St. Norbert.”

This team has a high focus on team wins. They continue to build success off of each other, and that reflects in their performances so far this season. “I’m definitely proud of how well our team has played as a whole,” said Pastrone. “We’ve been in every game so far this weekend even though we’ve come up short. Every game is a game we know we can win and compete.”

The team comes together to play this game because they have a passion for it, the dirt, the sound of a ball coming off of a bat, and this comradery leads to successful teams. Pastrone commented, “I love the team aspect of baseball, and it’s helped me make many new friends coming into school here at Lawrence. I play because of how fun the game is and how fun it is to play with my teammates and the great coaches we have”.

Pastrone has only just started playing first base. He said, “This is actually my first season playing first base. I tore my labrum in my shoulder freshman year in the fall playing football and got surgery in the spring to recover for football season. Due to the surgery, I haven’t been able to fully recover in the throwing process yet, so I had to make a transition from second base to first base because first base has to make less throws. The biggest challenge has just been learning the new position and getting used playing in games at first”.

Head coach Chris Krepline reflected on the St. Norbert series saying, “SNC did a good job at the plate. [Our pitchers] struggled to stay in positive counts and working ahead of their hitters. When we were ahead, we did not finish the hitter for the out and gave too many free bases both pitching and defensively.”

Despite the outcome of the weekend, there is always room for improvement. Coach Krepline acknowledged this, commenting that the key to their success will be, “Continuing to trust the process and the habits we are instilling in our players. We will adjust our pitching rotation and strategy going into the next weekend series. We will give our pitchers more opportunity to work on the mound this week with more frequent bullpens. Our off-speed work and location will continue to get better as we throw more frequent bullpen and blend sessions. Hitting we are doing well with, averaging over six runs a game. Goals for our pitching staff are to reduce the free bases we give up and to work into more positive counts early. Goals for our hitters is to get the lead off guy on more frequently and to continue to extend leads late in the game.”

Much like Pastrone, Coach Krepline voiced affections for the game. “I love the brotherhood that it brings and the life lessons that it teaches us,” Krepline said.  “Coaching baseball gives me the chance to teach those lessons while performing and coaching the sport I love. And with that, it comes in full swing, player to coach to current player to future coach: The beauty of sports and it’s never ending passion, inspiring us all.”