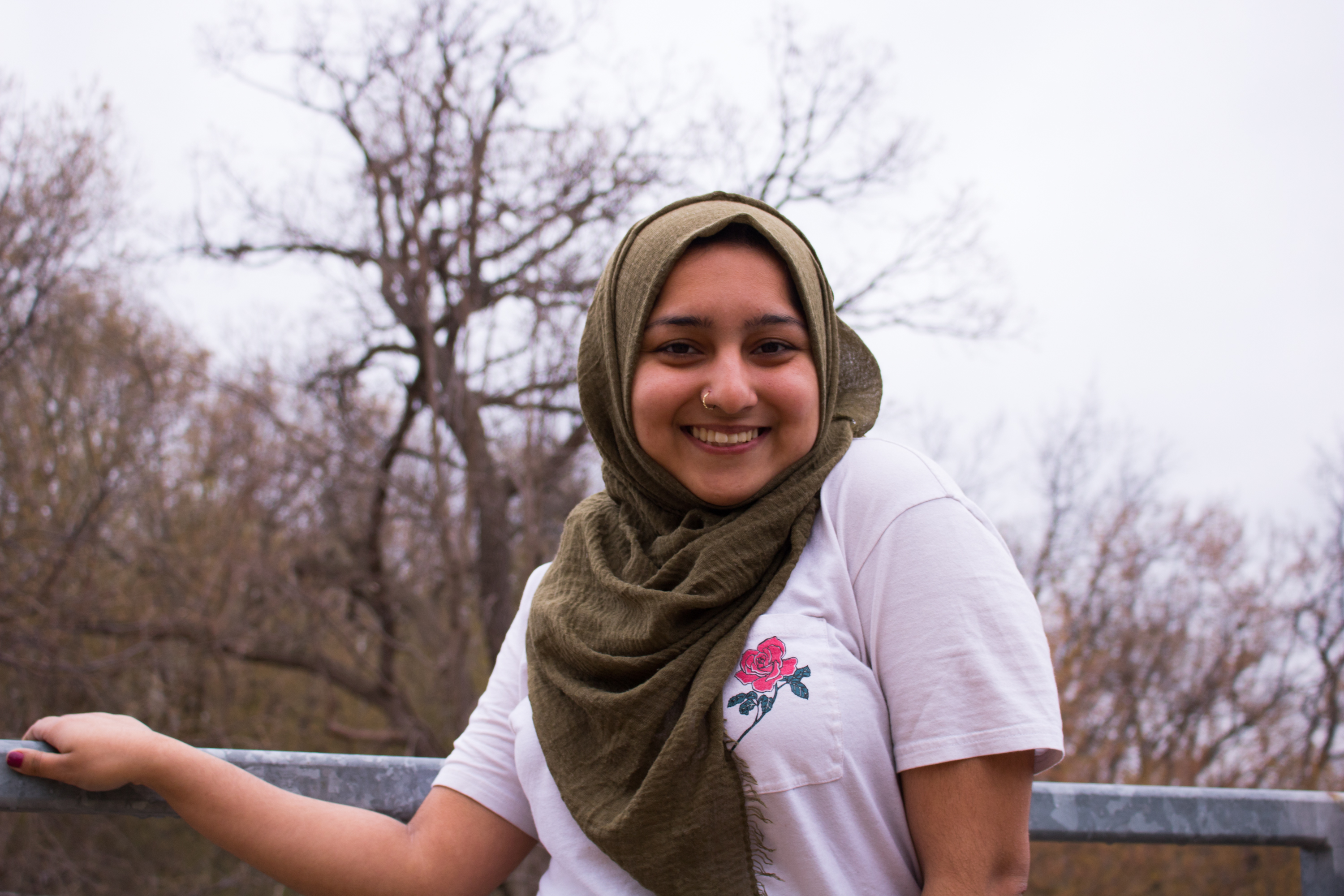 To identify as a womxn is to expect solidarity with others who identify the same way. The assumption that there is a universal and singular womxn experience erases the nuances and variety that exists. This column seeks to address those intersections in an effort to celebrate and deconstruct the reality of womxnhood in the various ways it is expressed.

“When people met me, they’re surprised by how open I am,” said Ghania Imran. If one doesn’t recognize her from her presence in LUCC, her ability to envelop you into a conversation certainly precedes her. Her warm and soothing quality amplifies the positivity she always tries to project.

The sophomore’s optimism, however, does not hinder her awareness. She knows what people think of her before they even get a chance to speak to her. Living a life as a brown hijabi Muslim womxn comes with contending with that hyper-awareness. The visibility she inhabits is at once empowering and difficult. “My mom often told me: ’You know, you wear a scarf now, you can’t act a certain way around people because otherwise they’re going to think this is what Muslims represent.’”

The idea that she as a singular human being can somehow represent the definitive experience of an entire group bothers Imran. It places a burden upon Imran specifically, just for existing. “I’m not responsible for all God-knows-how-many Muslims on Earth,” insisted Imran. “It’s so unfair for people of color or other marginalized groups because we constantly think about what we’re doing.”

The burden sometimes manifests itself into a daily obstacle for Imran. “When I’m in a space surrounded by a lot of white people, before I think about how I’m speaking as a girl or a woman, I’m thinking about how I’m speaking for Muslim and brown womxn,” Imran explained.  Every word of hers becomes a political statement for her entire religious group. Her voice becomes limited just because of the scrutiny of others, whether verbally expressed or not. The pressure isn’t just applied in white spaces. Even among other people of color, Imran viscerally feels the discomfort. Ignorance still permeates when others refuse to consider the intersectionality of others.

Imran credits the discomfort to the segregation of communities. Living in Chicago, the diversity attributed to the city didn’t stop students at her high school from gawking at her. The alienation, whether purposeful or not, deeply hurt Imran. At some point during her freshman year of high school, she decided not to wear a scarf. The pressure to assimilate closed in on her. The next three years became a hard-won journey to feel powerful again. When the pressure builds here at Lawrence, Imran remembers her struggle.

The physical expression of her faith empowers Imran, but so does the religion itself. Imran is aware of the misconceptions that surround Islam, but if anything, that furthers her drive to prove that it has always been a faith of equality. “Being a Muslim woman doesn’t have any conflict of interest with [my] advocacy,” said Imran. “In our religion, it says ‘listen to your mom’ three times before even mentioning the father. It gives women three times more privilege. That right is embedded in my religion.”

Imran knows religion is not bound by appearance. There are many Muslim women who have opted not to wear hijabs; Muslims of every race and ethnicity exist. But because of the double-edged sword that comes with visibility, the desire for representation persists. In her own life, Imran is conscious of what her presence says to other potential Muslim students who visit campus. Seeing that there are others like you who navigate difficult spaces sends a powerful message of solidarity. The power of visibility is why Imran aspires to be a source of inspiration to other Muslim girls in whatever capacity she can.

“[That’s why] seeing [Minnesota Representative] Ilhan Omar is so empowering,” Imran continued. “[She proves] it’s okay to be all of these things at once.” Omar visibly presents her identity as a Black Muslim Somali-American woman, and Imran revels in the similarities between her and Omar’s experiences. Imran admires Omar for boldly calling out issues that have long been ignored. Her simple presence brings a newfound perspective needed in American politics, but her determination to make a change and speak her mind proves her worth. Adding to the visibility in government does not make Omar right for her position, but rather her politics.

The backlash Omar faces from the media and within the House of Representatives frustrates Imran. The hurtful rhetoric launched at her is both saddening and telling. The hatred stems more from who Omar is and represents than what she says.

“One person is an enigma; there are so many layers of personality and identity,” Imran sagely said. “After one conversation, you only get to a sliver of them. You haven’t seen all the other thoughts and perspectives because they’re not voiced in that moment.”