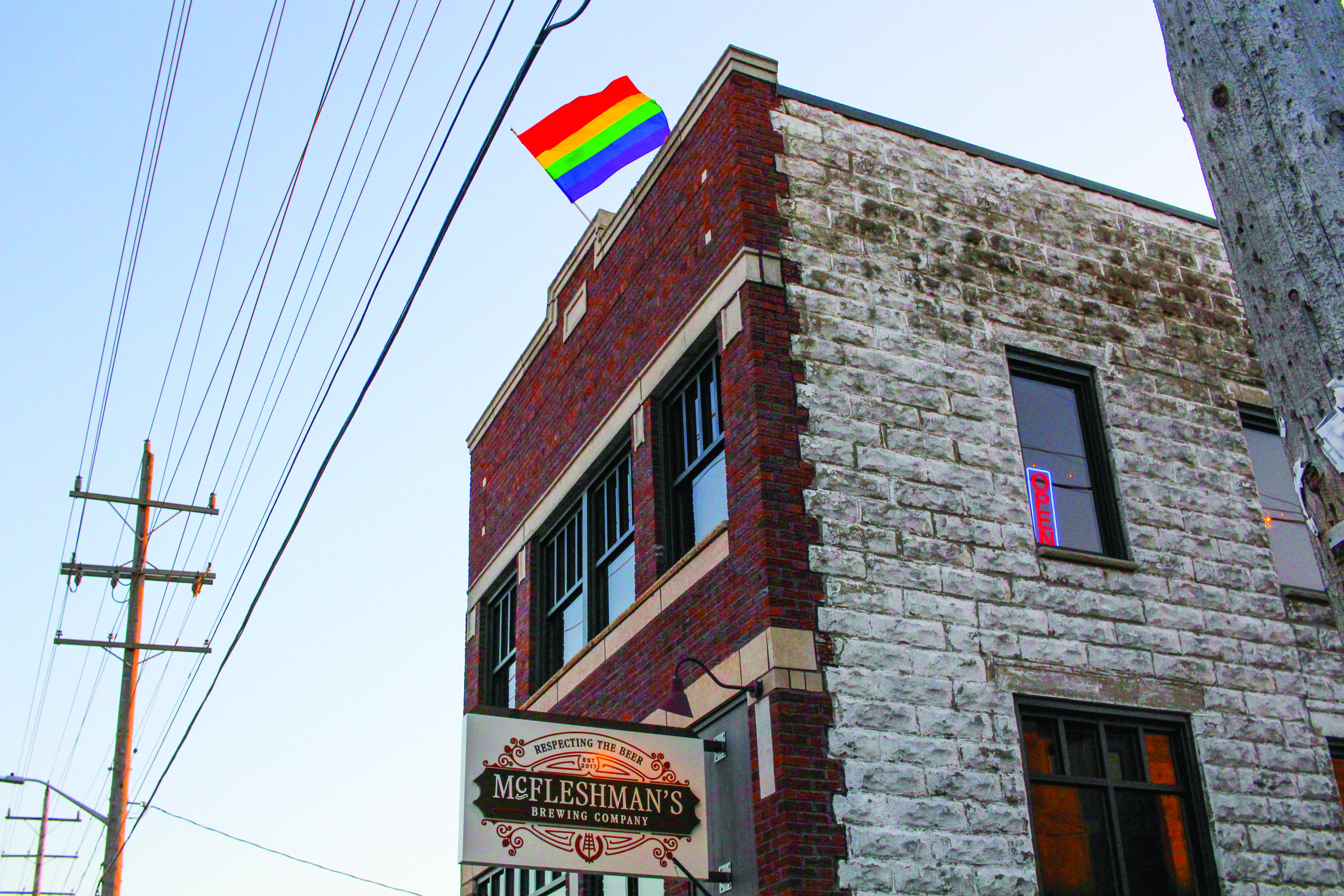 McFleshman’s Brewing Company, a brewery opened recently by Lawrence University Associate Professor of Chemistry Allison Fleshman and her husband, was one of the restaurants that supported Appleton’s National Coming Out Day.

This raid led to riots and several days of protests and struggles with law enforcement. Although the Stonewall Riots did not start the gay rights movement, they are seen as a major event that fueled LGBTQ+ political activism. New York’s celebration of the 50th anniversary of Stonewall caused Boyd Kramer to look to Appleton to show its support for the LGBTQ+ community.

Boyd Kramer has resided in Appleton for approximately 10 years now, and she admits that Appleton has been welcoming, but she is unsure why the city does not show that welcoming nature more openly. Boyd Kramer began her mission to encourage the city to recognize National Coming Out Day by sharing the event on Facebook and reaching out to several businesses.

After hiring canvassers with money provided by fundraising, Boyd Kramer and her team went door-to-door asking Appleton businesses if they were interested in participating in National Coming Out Day. According to Boyd Kramer, this process did not involve any convincing, for they only sought out people who wanted to participate. Over 70 businesses were reported to be participating in some way as of Oct. 7.

Pawffee Shop Cat Café decided to sell rainbow kitty cookies with proceeds going towards the non-profit, Diverse & Resilient. Similarly, Shear Chaos offered rainbow eyelash applications to fundraise for Reach’s LBGTQ+ Survivors group, which is the only group of its kind in the Fox Cities. Other businesses were flying Pride flags to show their support as well.

Starting off National Coming Out Day in Appleton at 6 a.m., City Hall raised a Pride flag. Volunteers were accessible until 4:30 p.m. to help with voter registration as well. For the remainder of the day, there were a multitude of free flyers, buttons and magnets to celebrate as well as to provide education to people about the importance of National Coming Out Day and why LGBTQ+ visibility is important.

The non-profit, Free Mom Hugs, tabled at Houdini Plaza, provided hugs to those that may not be supported by their families. Free Mom Hugs emphasizes the importance of listening to others as well as providing them with support.

According to Boyd Kramer, this event was not really a rally or a party. It was more meant to be a recognition by the city. Boyd Kramer continued, “Mostly, we wanted businesses to step up and show that they are both welcoming and inclusive in terms of employment and customers.”

Boyd Kramer also acknowledged that in most cities, some sort of acknowledgement for Pride is a norm and even expected. Although Appleton’s celebration of National Coming Out Day provides great excitement for many, it has placed into question why this event is only coming to be over 30 years after the first celebration.

Another piece of information to be mindful of while reflecting on National Coming Out Day involves questions of privilege and acceptance. One of the flyers that was around campus throughout the event reminds readers, “Visibility fuels the importance of this day, which raises awareness and builds community. However, whether an ally or a member of the community, we must reflect on the privileges of coming out for those who cannot or do not have a desire to.”

Students who were involved in planning this event with Boyd Kramer include senior Evan Rosado, junior Quentin Washington and sophomore Sterling Ambrosius Tolbert.