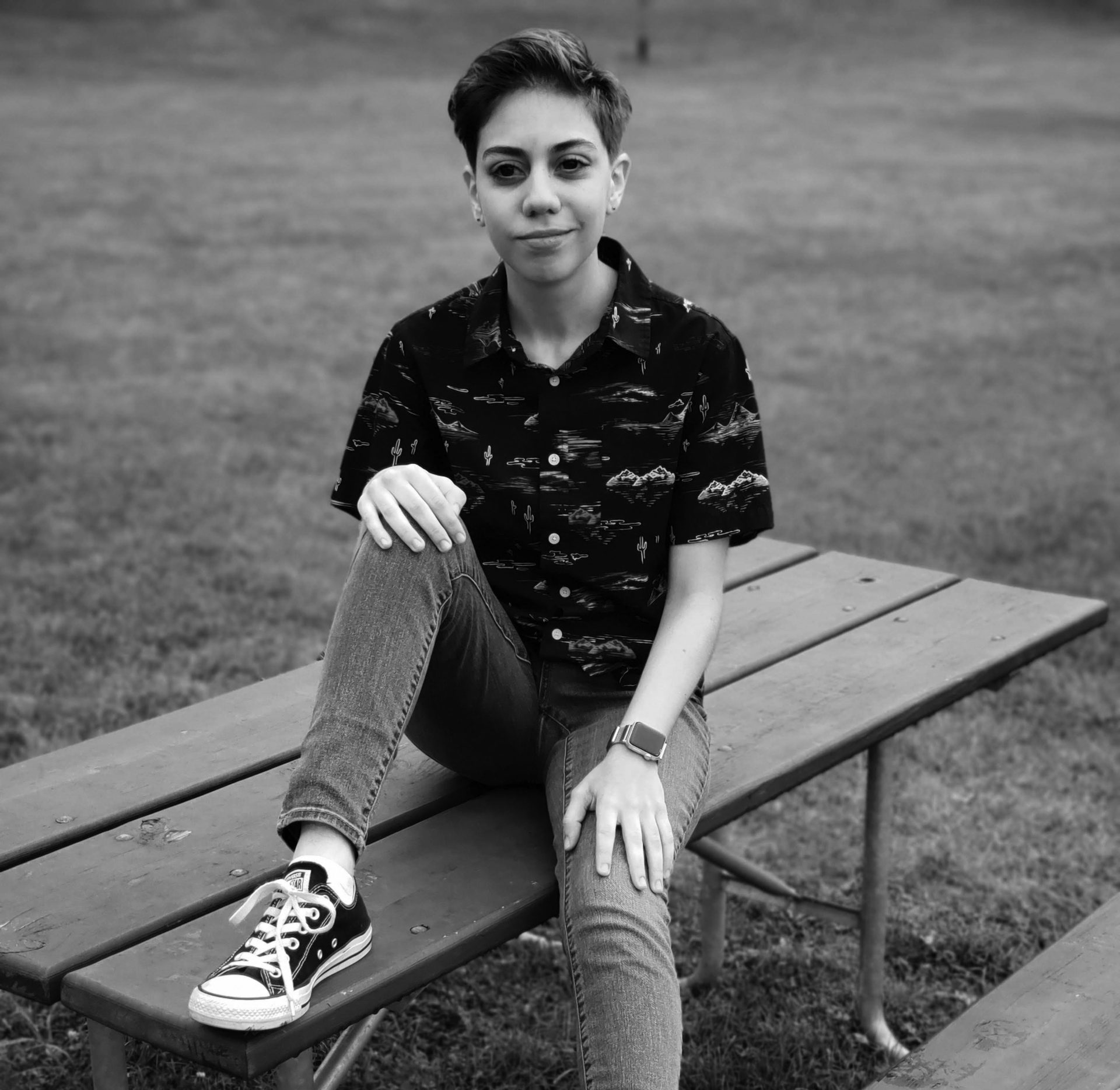 Sophomore Luka Santin is a Lawrence student in the Bachelor of Arts in Music program, focusing on piano performance and psychology. While they have an extensive history of musical passion and participation throughout their secondary education, including choir, violin, cello and piano lessons, it was in their Fall Term at Lawrence that they first grappled with creating and recording their own music for a wider audience. In 2020, they recorded and released three singles as well as an extended play (EP) on streaming services.

Santin stated that their foray into recording stemmed from the applied musicianship class they took during their first term at Lawrence. They explained that they completed a recording project for the class with fellow sophomore Michael Murphy, an endeavor which later prompted Santin to return to their roots with their previous Madison-based piano instructor Chris Collins, this time to familiarize them with electronic software Mixcraft so they could continue experimenting with writing and recording as they subsequently gathered equipment. Santin said they still remain in contact with Collins and ask him for feedback and input on their songs, as in their studies together they focused on pop composition and the freedom of experimentation that comes with it.

This original class recording project grew into the single “Thank You” when Instructor of Music and cellist Matt Turner selected Santin’s piece to be one of two to expand upon the following Winter Term, opening it up for collaborative suggestions from other students and new instrumentals, including a cello part for Turner written by Santin. Santin reflected that the work was an incredibly rewarding bonding experience that has since made the track one of their favorites.

It certainly seems that Santin’s musical instruction and overall approach both here and in their hometown, Madison, Wis., are creatively well blended. They are thankful for the freedom of expression and experimentation they have been allowed in their career as a student both with Collins and at Lawrence and cited several of their mentors who have pushed and expanded their creative boundaries. Santin explained that in their piano study with Turner, he encouraged adding unconventional elements of piano besides keys and also pushed them to use chords they might normally stray away from. These are experimental elements Santin says were not as present in their EP, but that they are looking forward to integrating in the future, especially as they continue to hone their improvisational skills.

All tracks on Santin’s piano EP “Love and Loss” started with recorded improv they later built upon with mentors and other feedback. Among their mentors, in addition to Turner and Collins, they list Instructor of Music Patty Darling, who they met during their junior year of high school as a prospective student visiting Lawrence and maintained contact with since then. Santin shared that Darling has been full of valuable insight into their projects, making suggestions to broaden their horizons and experimental tool kit by pushing musical boundaries until they come across something unexpected that they love.

Santin shared that their singles and EP represent different sides of themself; they diverge both musically and emotionally. While their singles feature ukulele and lyrics with a more pop focus, their EP is their first fully instrumental project to highlight a more contemporary classic side that lets the piano speak for itself.

Santin has several online outlets for their music, including a music Instagram under the username @elenasantinmusic which includes more links and information. They can also be found on Spotify and Apple Music under the project name “Elena Santin,” which they now only use for professional purposes.