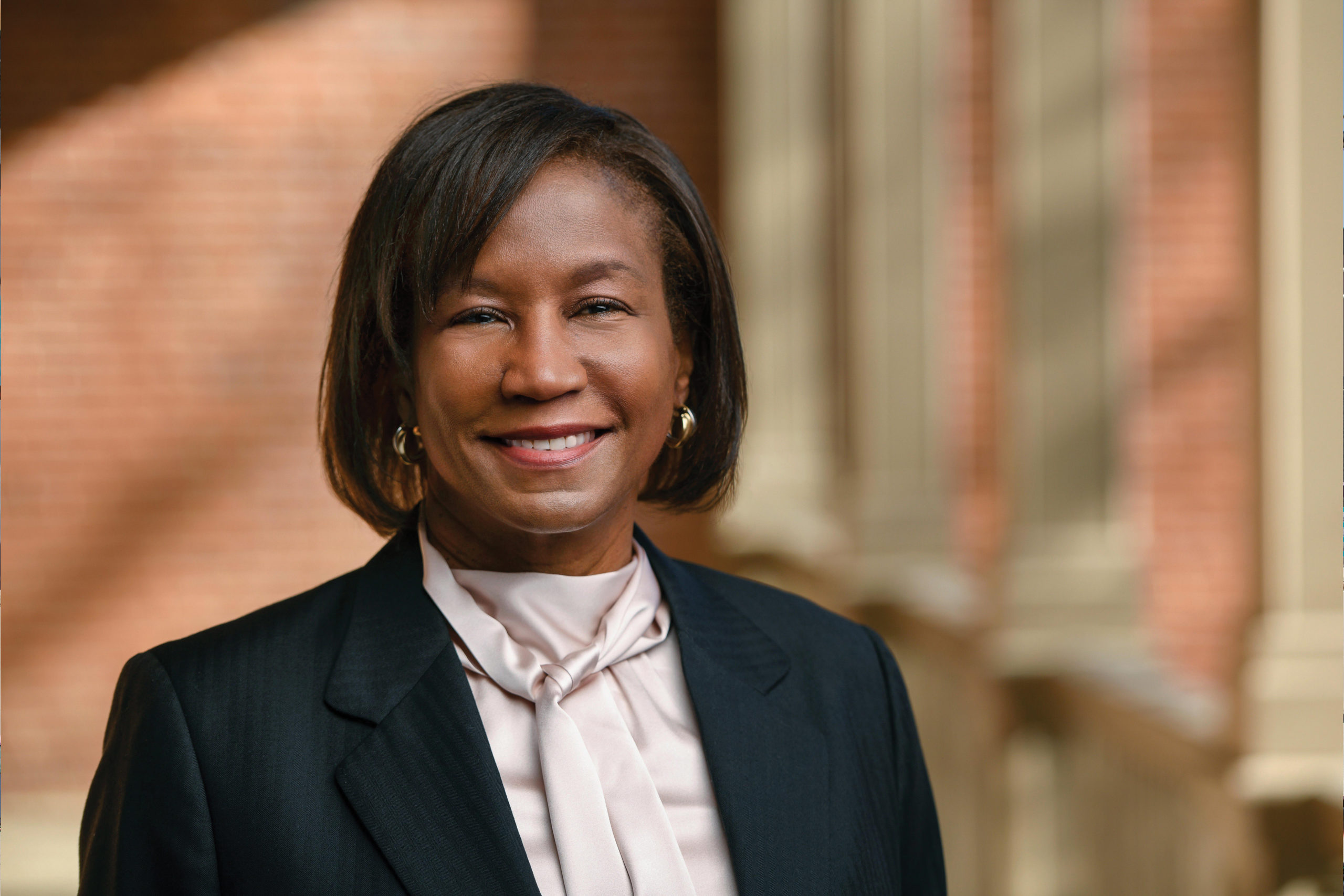 Laurie Carter will begin her new role as president of Lawrence University on July 1. Photo provided by Shippensburg University.

Although Carter has not formalized long-term goals yet, she commented on the importance of working on diversity and inclusion, something she also worked to emphasize at Shippensburg University, where she currently serves as president. The creation of an Anti-Racism Institute, the creation of the first Chief Diversity Officer position and the addition of a Pride Center were some of Carter’s primary efforts to strengthen diversity and inclusion at Shippensburg University.

“I got a very strong sense that this work is important at Lawrence,” Carter said. “… I look forward to listening to folks with where they are and where they think Lawrence can go in this regard, as well as connecting with the broader Appleton community. It’s work that has to be done both on and off-campus.”

Nettles further emphasized the need to hire a president with experience dealing with the economic pressures and need for differentiation placed upon institutions of higher education. This consideration led them to look for someone who could both add programming at Lawrence to distinguish it from other institutions and advance gains made by current President Mark Burstein.

According to Nettles, several factors set Carter apart from the other candidates. Her experience as a sitting president at Shippensburg University, her 25 years of experience at Juilliard and her focus on student success and the student experience were a few of the key qualities which Nettles identified. Looking at all the places Carter has been, it was clear that student success was her highest priority, said Nettles.

Junior and member of the Presidential Search Committee, Jessica Toncler, stated that Carter’s genuine care and concern for her students stood out. For example, at Shippensburg University, President Carter would step out of her office to engage with students. Toncler said that Carter has been known to go sledding with students and teach exercise classes.

Moreover, Toncler said that each candidate’s view on what it means to be an anti-racist campus was a make-it-or-break-it question, and Toncler believed that Carter gave an excellent answer to this question. In her response, Carter talked about integrating anti-racism training into a first-year studies course and creating workshops to give students the necessary tools to work toward anti-racism.

Because of the COVID-19 pandemic, the Presidential Search Committee had to gauge these qualities without meeting in person. Toncler explained that the search process comprised many Zoom meetings, interviews and surveys sent out for feedback. According to Toncler, several candidates made it to the Zoom interviews, with two finalists making it through to the third and final round, one of them being Carter.

After making it to the final round of interviews, Carter came to visit campus to meet with a wide variety of members of the Lawrence community, including members of LUCC, professors and staff. Then, the students and staff who met with both finalists were given a survey to provide general feedback to help inform the search committee’s decision. Toncler said that Carter was the clear frontrunner in her mind. The search committee unanimously decided to select Carter to be the 17th president of Lawrence.

Assistant to the President and Secretary to the Board of Trustees Christyn Abaray described the presidential hiring process as “intense” and a “whirlwind.” She said that they really became one as a committee and made sure that everyone’s voice mattered. Abaray believes that the search committee is a group that will stay connected throughout the years.

Further, Abaray explained that the Presidential Transition Committee will aim to provide a smooth start for Carter while also honoring Burstein’s time at Lawrence. This will include making sure Carter gets to know the Appleton community, as well as meeting with people in advance. Abaray also said that the Presidential Transition Committee does not yet have firm dates set in place but will be planning events to celebrate Burstein.

Additionally, Nettles will be helping with the presidential transition. Starting in the 2021-2022 academic year, Nettles will be stepping into the role of Chair of the Board of Trustees. He explained that as Chair, it will be his responsibility to work with Carter and create a strong partnership. Nettles stated that he and the trustees are committed to doing everything they can to ensure a solid start for Carter. Nettles concluded by noting Burstein and his team have been incredibly “gracious” by providing them with advice for creating a successful transition.