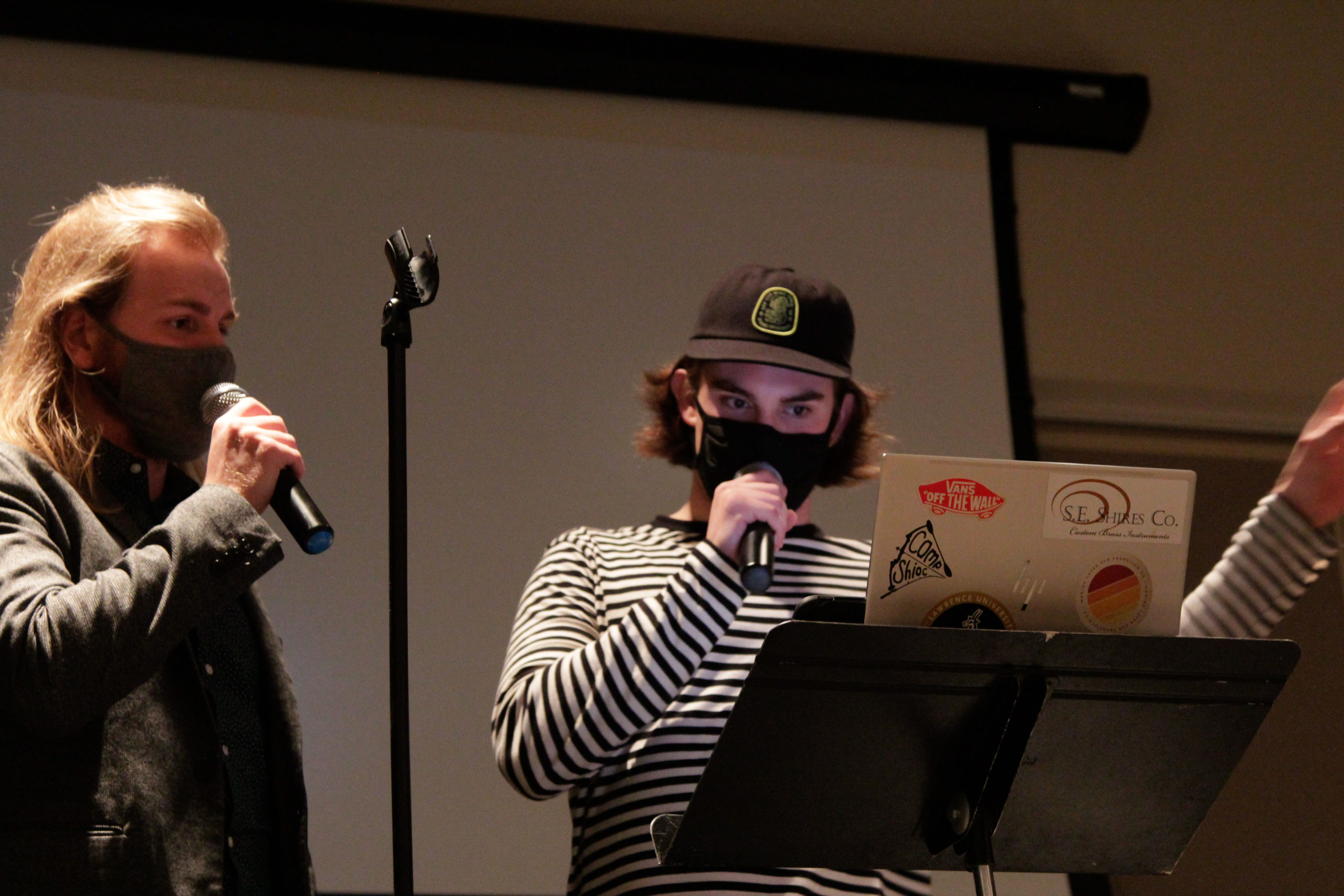 The odds were against Beta Theta Pi in pulling off Saturday Night Karaoke on October 2, 2021, with technical difficulties and a small turnout to start off the night. However, the crowds quickly drew in as Lawrence’s powerful rockstars took hold of the stage, their energy contagious from the front stands all the way to the back walls. A night that started off with “The Scientist” by Coldplay and ended with Michael Murphy’s take on “Don’t Stop Me Now” by Queen proved that Lawrence University knows how to come together as a community and support its students.

Some highlights of the wide variety of songs represented included “You are the Reason” by Calum Scott and Leana Lewis, “Stay” by Rihanna and “Before He Cheats” by Carrie Underwood. Initiated and closed by the charismatic and energy-filled Michael Murphy, many singers, both those from the Conservatory and those from the College of Arts and Sciences, were encouraged to step on the stage not only to sing for their peers, but with them. In response to a student’s take on “Let’s Fall in Love for the Night by FINNEAS, Michael Murphy stated, “Scientists around the world made a study on how flawless that flip to head voice was.” Indeed, there is undeniable talent in all walks of life at Lawrence.

Beta Theta Pi did something special in this event that closed the third week at Lawrence, bringing together a diverse student body to represent themselves through song. During these numbers, it was not only those on stage, but those clapping and cheering below it, who showed the support and love that the Lawrence Community prides itself in. Every Lawrentian in the house that night could be seen either singing along to a favorite song, clapping along to the steady beats or dancing as if no one else was watching. Music truly is found in the heart and soul of Lawrence.