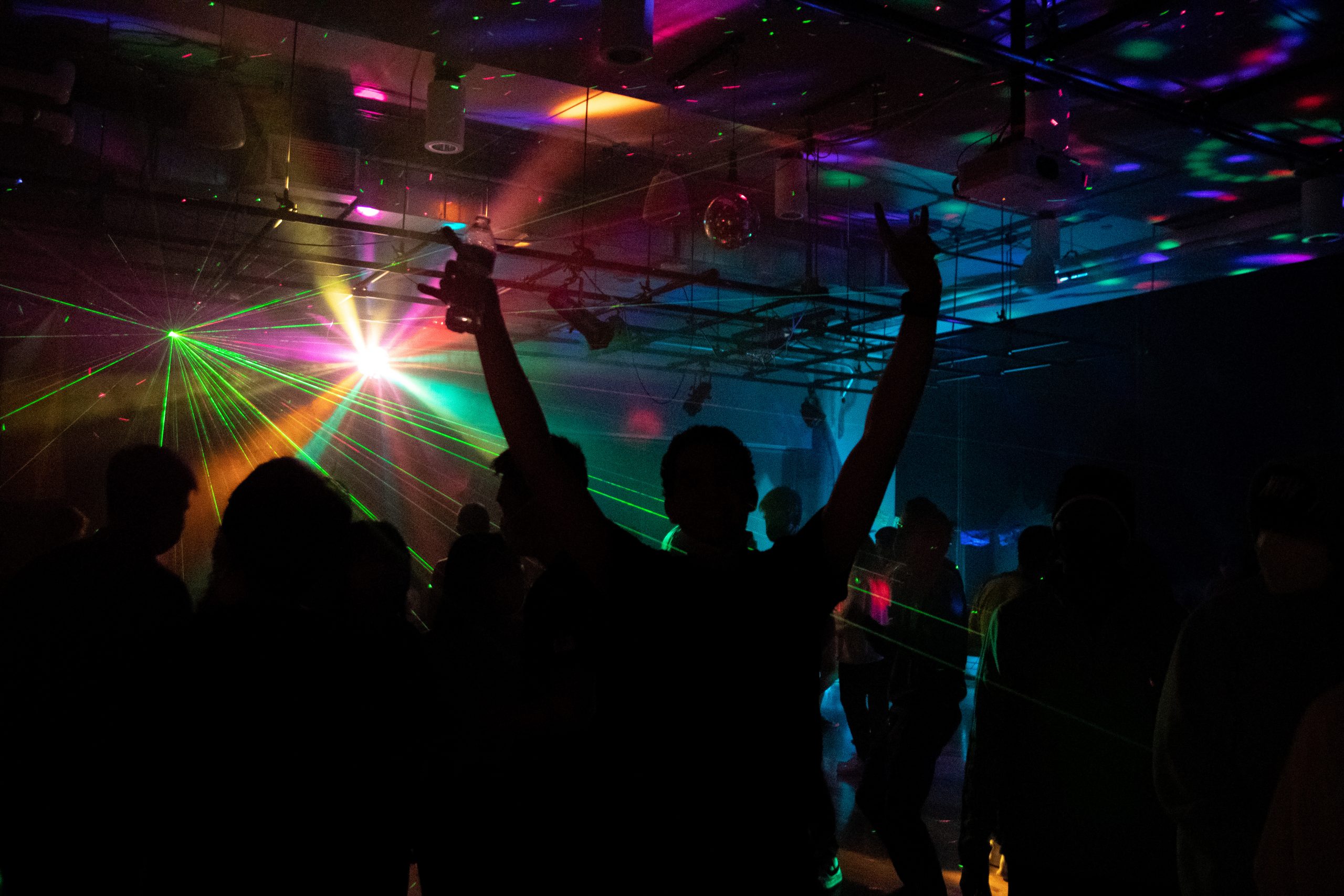 The beats of the sound system could be heard floors away, with the energy inside the Esch Hurvis Studio in Warch undeniable. Stepping inside, the use of laser lights, fog machines, balloons and papel picado brightened up the dark room into the late hours of the night. Both water and aguas frescas were served, and each sip seemed to transport partygoers into another time and place.  VIVA Hispanic Cultural Club certainly outdid themselves in their event not only to celebrate Hispanic Culture, but to educate and interact with those outside the club.

Some of the songs for the night included Pepas by Farruko, Amor Prohibido by Selena, Danza Kuduro by Don Omar, Corazon Sin Cara by Prince Royce and Gasolina by Daddy Yankee, concluding the event with La Puerta Negra by Los Tigres del Norte. Dancers of both novice and experienced ability partook in different styles such as salsa, Latin pop, bachata, norteño, reggaeton and cumbia. Stepping inside, you wouldn’t believe that you were at another Lawrence event. You’d find yourself absorbed in the music, either learning more about a culture you are unfamiliar with or bonding with those who find familiarity in it.

Upon being asked what this event meant to her, an anonymous attendee stated, “I really got the sense of home […] a lot of people here don’t dance like that. They have a swing dancing club, but I’ve never seen a cumbia club or anything similar to that style of music at Lawrence […] I got a taste of my music and I got to dance [and] experience it with people who knew the same music as I did.”