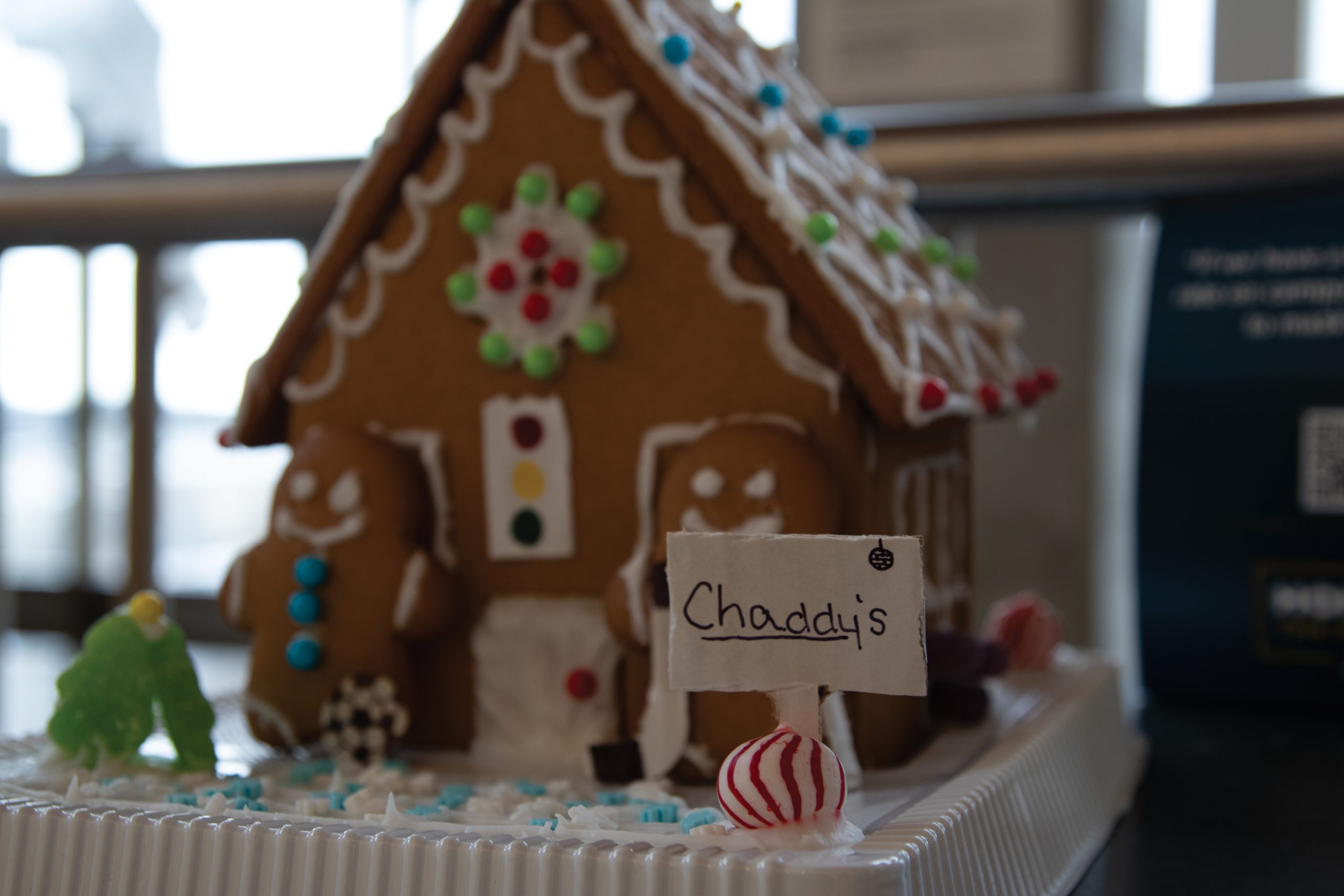 A gingerbread house made by Kat McClain, Wren Chlystek and Izzy Puelio. Photo by Alana Melvin.

Lawrence’s annual Winter Carnival started on Monday, Jan. 31, and will conclude on Saturday, Feb. 5, with an indoor karaoke night in the Mead Witter Room of the Warch Campus Center. This event is led and organized by the Student Organization for University Programming (SOUP).

The planning process for Winter Carnival has been hectic, according to Salas, since they were not sure which events would be allowed under the changing COVID-19 protocols. Before the recent change of Lawrence’s operational status to yellow light, university-sponsored trips were not allowed, so SOUP had to cancel a skiing trip. The week of the carnival, COVID-19 also led to the cancellation of a crocheting event. The amount of uncertainty led to the idea of potentially cancelling Winter Carnival, according to Salas.

After SOUP decided to host Winter Carnival, events were planned and finalized last-minute. Members of SOUP, President of LUCC Kelsi Bryant and Brittany Bell, the Associate Dean for Diversity, Engagement and Student Leadership, participated in finalizing the details for the week, according to Jidaan.

The events which were able to move forward were a gingerbread house–making competition, a Phineas and Ferb S’winter festival event and grocery bag bingo (a team bingo game in which prizes are bags of snacks) from Monday to Thursday.

According to Salas, characters from the S’winter episode use a snow machine to create winter during summer. She thought it could be a fun twist to instead bring summer into the wintertime. SOUP decorated Ormsby Lake with summer and beach decorations and students received free sunglasses and flip flops on Wednesday.