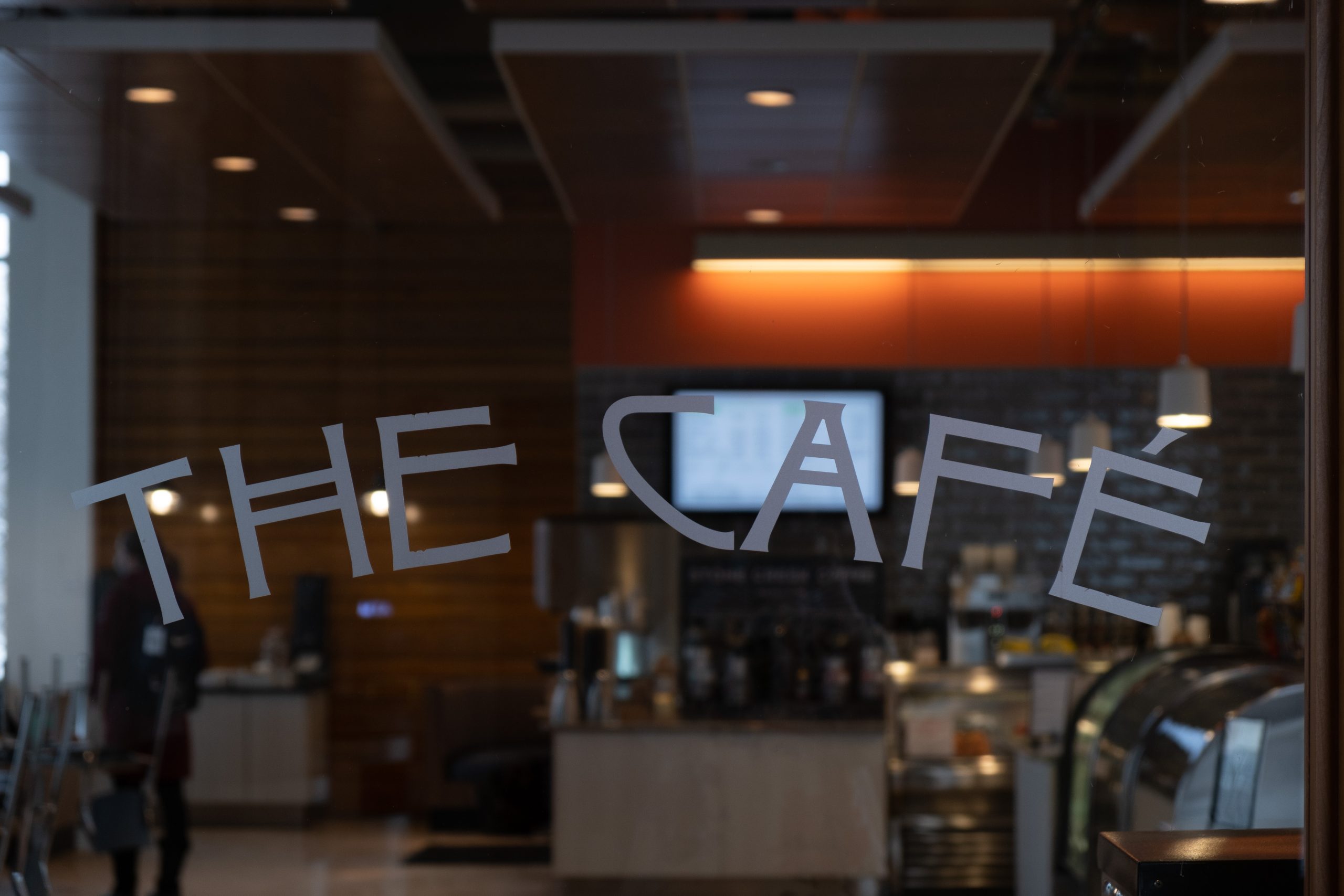 The entrance to Kaplan’s Cafe features an etching of the words, “The Cafe,” on the door. Photo by Jamie Dong.

With the progression of Winter Term, Bon Appetit, Lawrence’s dining service, has faced scrutiny over the hours of Kaplan’s Cafe, as they have changed throughout the weeks, sometimes with little warning. Throughout the term, students have expressed frustration on various social media platforms regarding Cafe closures, with multiple entries regarding a lack of access to the Cafe’s food on @lawrencemissedconnections, a student-run Instagram page with over 700 followers.

The Cafe’s somewhat irregular timings, paired with early closure on Saturdays and being completely shut down on Sundays, have prompted some students to reach out to Bon Appetit’s new general manager, Michael Downey, as suggested by Chair of the Student Welfare Committee Mikayla Frank-Martin. She also encouraged students to reach out to Bon Appetit directly in a satisfaction survey via a post on the “Lawrence Shoutbox,” a Facebook group for Lawrence students. This post received 21 comments and 32 reactions.

The root cause of the instability, according to student employees whom we shall refer to as X and Y, is a lack of staff. Without enough employees to run the Cafe, they are having to shut down early or not even open.

Downey was contacted by The Lawrentian for an interview on Feb. 4, and he did not initially respond. Following the interview of a fulltime employee, The Lawrentian was informed of a Bon Appetit policy forbidding workers, excluding the general manager, from speaking to any publication. Following this, Downey responded on Feb. 7, agreeing to do an interview without setting any date. However, since then, he has not responded to any questions from The Lawrentian. As such, there has been no formal response from Bon Appetit, which has made it difficult to verify some details regarding Bon Appetit’s staffing and policies. However, a few student workers, who shall remain anonymous for job security reasons, agreed to share their experiences.

Student employee X said that multiple employees have left the job since Fall Term. Although they cannot speak for those individuals, they suggested a few possible causes for the departures, including long hours which may extend for up to an hour following the scheduled end of the shift, as they must clean and make sure everything is in order, which can cut into their time for homework. They went on to talk about how, despite being one of the highest paying jobs on campus, they sometimes feel that the pay is not worth the effort.

However, these complaints are not universal among employees. Student employee Y felt that that their wage was appropriate for the expected workload. Further, they said that the student employees are not forced to stay outside of their scheduled time, but they do so out of loyalty to the older employees, dividing the work to make it easier.  As such, they said they didn’t really know why various employees have decided to quit.

In addition to the high workload, employee X also cited COVID-19 protocols as a reason for low staffing. With unpredictable surges in COVID-19, many employees feel unsafe working around so many unmasked individuals as they eat their meals, as well as students who do not wear their masks correctly.

Although Bon Appetit may be taking steps to increase staff, that information is not available to The Lawrentian due to the lack of response.