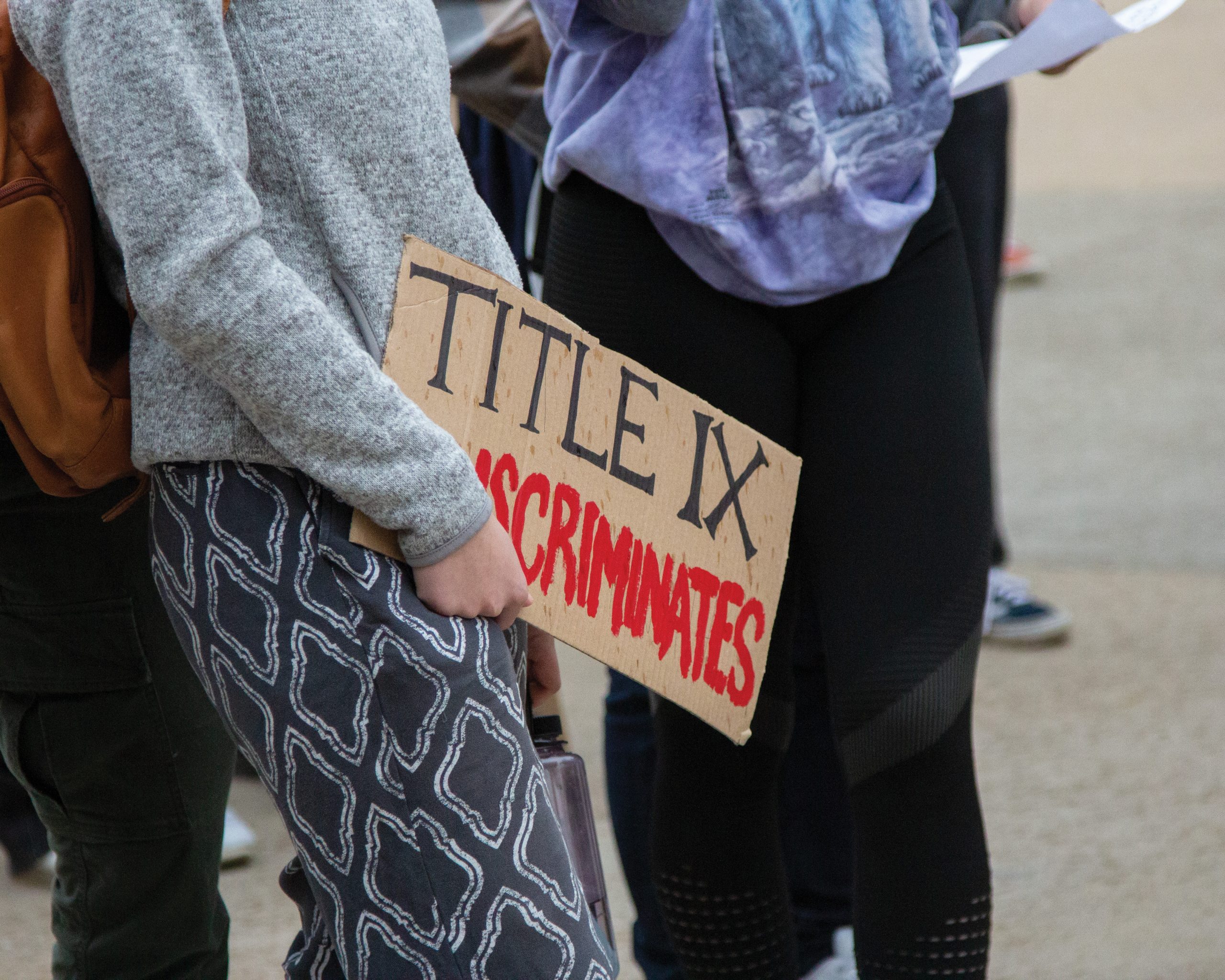 Disclaimer: The Staff Writer for this story is an LUCC class representative on the SAASHA Committee.

In honor of Sexual Assault Awareness Month (SAAM), Lawrence University’s Student Alliance Against Sexual Harassment (SAASHA) in tandem with other student organizations has been working towards hosting events and rallies.

To start off the month, SAASHA organized a Rally with assistance from Appleton Students for a Democratic Society (SDS) in front of Warch Campus Center on Tuesday, April 12 at 5 p.m.

Despite the wind and rain, the rally drew at least 25 students, faculty and administrators. The agenda for the rally, presented by junior Tee Karki, co-chair of SAASHA in her opening speech, included various concerns. One of these concerns included SAASHA not being taken seriously in Lawrence University Community Council (LUCC) spaces like General Council meetings. Other concerns included survivors’ well-being not being prioritized, not being informed of adjustments impacting SAASHA such as the hiring of a new Title IX director and events relating to sexual assault and trauma and SAASHA not being taken seriously as an LUCC committee.

Karki, co-chair of SAASHA spoke multiple times throughout the rally. She informed everyone present what SAASHA as a committee expects from Lawrence University.

“We want the safety of survivors to be seen as what it is, essential for the general wellbeing of all people on this campus.” said Karki. “We want the voices of those who want to speak to be amplified and those who do not to be protected. We want to ensure the basic right of holistic safety for all Lawrentians through the recognition of survivors’ safety and needs.”

Even though certain students’ expressing their frustration with LUCC’s treatment of SAASHA was a large part of the concerns surrounding the rally, SAASHA has made clear their intention  to work with LUCC.

“At the end of the day, LUCC is here to better the campus and we believe our intentions line up with the values they uphold as well.” said Karki in her speech. “This conversation and rally are not to belittle nor undermine LUCC as a whole, but much rather ask that we work together rather than against each other to continue making progress as a collective.”

First-year Lydia Wheeler expressed her feeling of empowerment after being at the rally.

“Coming out and being a part of this rally has been great.” said Wheeler. “Being able to hear people’s experiences and opinions paired with all the helpful information makes me feel more confident.”

SAASHA will also be hosting a series of “Take Back the Night” events for survivors of sexual assault and allies, including an LU Rock Painting event on Monday, April 25 in front of Main Hall, a labyrinth walk and craft fair on Tuesday, April 26 at the First Congregational United Church of Christ and a Denim Day and Open Mic event on Wednesday, April 27 in the Wriston Auditorium. The SAAM events will end with lighting lanterns at the Sustainable Lawrence University Garden (SLUG) fire pit on Thursday, April 28.