Improvements to SLUG made over the summer 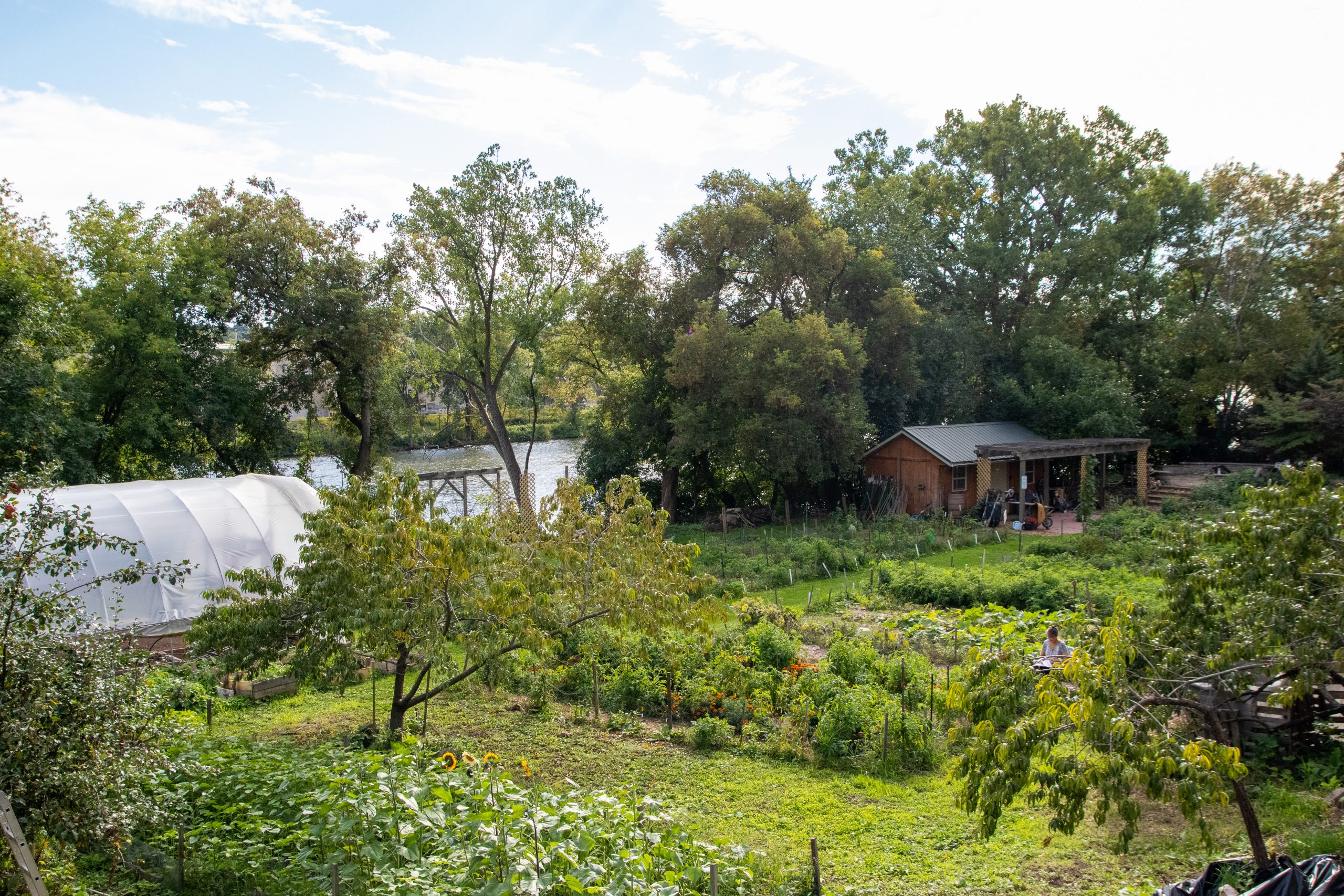 An aerial view of the SLUG. Photo by Lee Hendricks-Richman.

SLUG (Sustainable Lawrence University Garden) has had several updates over the summer including a new irrigation system which has cut down the time SLUG members have to spend watering, according to SLUG members sophomore Matthew Dalgleish and junior Will Brenneman. Also, the addition of fans in the hoop house, the rounded tube-like structure that houses plants, has helped keep the plants healthy.

The moving of the apiary (a collection of beehives) to SLUG has resulted in healthier plants and tastier honey, according to the SLUG members. The high fruit yield this year, particularly in peaches, has been partly attributed to the bees. The apiary hosts 12 different hives and about half a million bees, according to Assistant Professor of Biology Israel Del Toro.

Larry Cain, campus apiarist, built a compost deck. The compost pile being moved to a larger and shadier space opens up some new possibilities, according to the SLUG members. One idea mentioned was the possibility of a worm farm.

Some other additions include a new lawnmower and weedwhacker. Students can expect to find raised garden beds along the slope of the newly paved wall, which act as a retention wall to protect the new road from erosion, according to Del Toro.

The garden has seen exceptional yields, according to the members. Some of this produce, such as tomatoes and zucchini, can be found at a new produce stand near the apiary. Working on an honor system, the stand is unmanned and has a cash box for payment.

The next big project for SLUG is to incorporate a new deck/patio area overlooking the river, according to Dalgleish. The patio could be used as an outdoor classroom, according to Del Toro. The green space, Del Toro hopes, would have a big impact on students’ perspectives and classroom experience.

The space provides opportunities for community outreach, according to Del Toro.

“As people are walking through the trail, they’ll pop their heads in and say ‘Oh cool. Yeah, I heard you could learn something about bees here’ or ‘a little bit about urban gardening here,’” said Del Toro. “And so they pop in and we give them the tour of the space and teach them a little bit about what it means to do these things in an urban setting.”

Del Toro envisions the space as bringing people in from the community at large, not just students.

“Maybe they are master gardeners and they’ve been cultivating vegetables or flowers for 20, 30 years,” said Del Toro. “This is a really nice way to get them to overlap with our students and have our students pick up some of their skills along the way.”

After a period of rethinking how things were being done in SLUG, SLUG leadership decided that the garden area should be transformed into a multi-use space, according to Del Toro. This decision expanded the goals of the garden; from being just a place maintained by SLUG house to additionally becoming a space for faculty and student research purposes and for community. Some examples of this new ethos are Assistant Professor of Geosciences Relena Ribbons’s current experiment on soil microbes and Del Toro’s experiments on honeybee ecology, both taking place in the space.

Over the summer, several garden beds were freed up for alumni to grow produce in, according to the SLUG members. Del Toro expressed excitement about more members of the Lawrence community going out into the garden. Fundamentally, he sees SLUG as being a flagship of the campus’s sustainability efforts. He urged the student body to reach out to Lawrence’s administration to show that the Lawrence community cares about sustainability.