Students express concerns about changes made by Bon Appetit 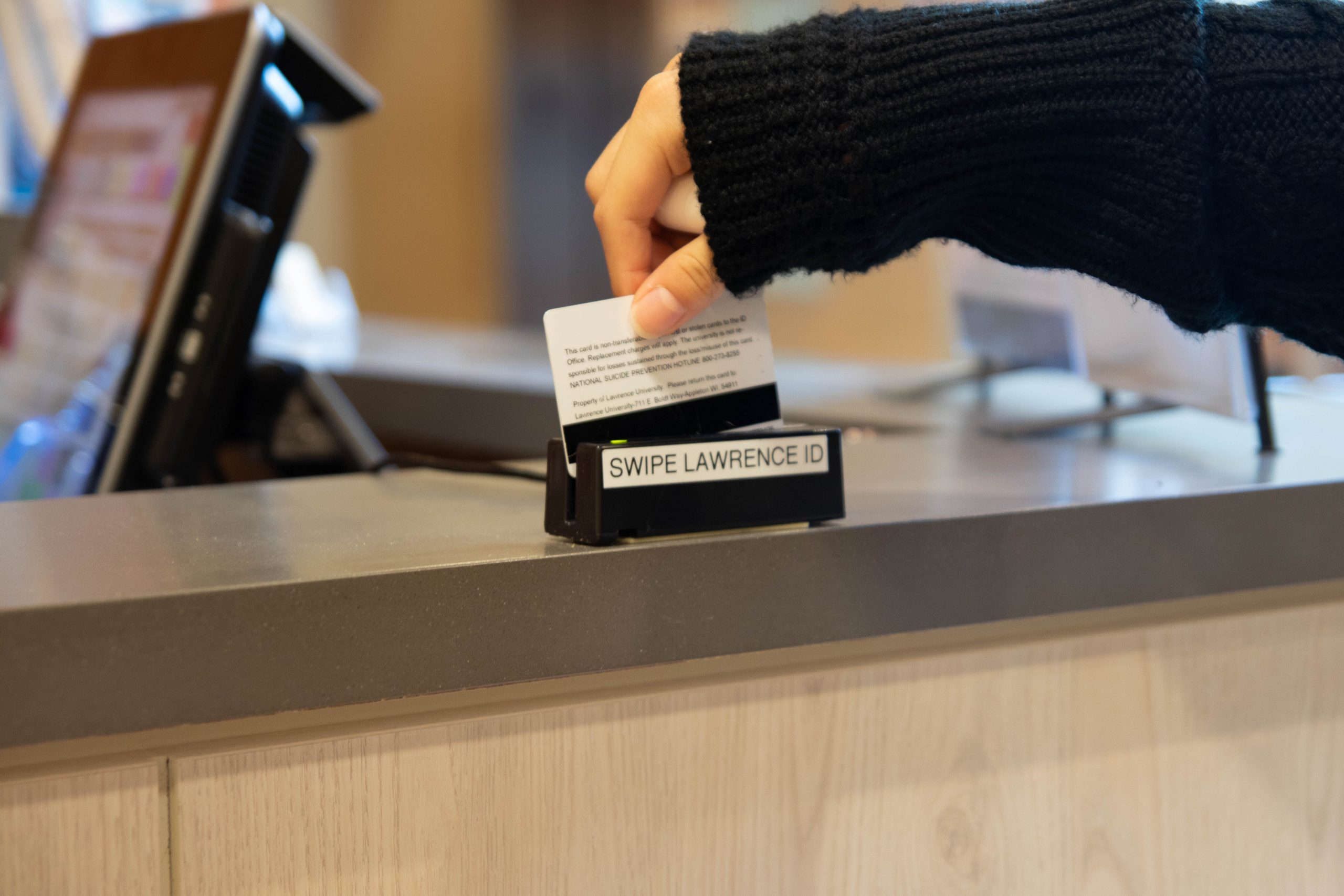 Student swipes their ID to eat at Andrew Commons. Photo by Rongyan Song.

Changes in the meal plan this year have seen various reactions from the student body. In a poll conducted by the Lawrentian with 89 responses, 86% of respondents rated the communication between Bon Appetit and the students as at least somewhat poor, with the most common answer being that communication was extremely poor (a 1 on a 7-point scale) with 35% of the responses.

Not a single respondent was against the idea of meal swipes returning to the café, with 98% of respondents answering “yes” to the question and the remaining 2% being “maybe.” Guest swipes were similarly popular, with 88% of respondents in favor of them returning and 1% against.

One of the bigger concerns from students is that Bon App required students to return greenware container cards at the end of the last school year and is requiring them to buy the greenware containers again this school year, according to Anders Hanhan, co-chair of the LUCC sustainability committee.  Upon hearing that students were being charged $9 to purchase a greenware container, Hanhan went to Vice President for Student Life Chris Clarke with concerns about forcing students to pay in order to take food out of the Commons. After Clarke spoke with Bon App, the cost was subsequently reduced to $4, according to Hanhan.

The committee aims to have all student’s greenware containers paid for next year, according to Hanhan. Where the funds will come from has yet to be determined, but some possibilities include the student life budget, the environmental project fund, which students contribute $27 to per year or elsewhere in the administration. The administration could foot the bill as a gesture of a “buy-in” on sustainability, said Hanhan. The sustainability committee is working with Carter Robinson, the Student Activities Coordinator, to source funding from the administration. By the end of winter term, the committee will likely know whether the issue will need to be addressed with funding from elsewhere. When compared to disposable clamshells, the investment in greenware containers could also help reduce the fines Lawrence receives for overfilling dumpsters, argued Hanhan.

“There are a lot of ways that campus can reduce their waste input,” said Hanhan “And we need to see that greater administrative buy-in… Buying clamshells for each student on campus is a relatively cheap way for the school to reduce their waste footprint.”

At the Lawrence University Community Council (LUCC) meeting on Wednesday, Oct. 5, the Commons hours were discussed. Regarding the recent change of dinner’s end time from 7:00 p.m. to 7:30 p.m., Bon Appetit purportedly kept statistics about how many students were utilizing the additional half-hour. The numbers were not cost effective, according to Bon App.

“Having that late meal cuts down on food insecurity on campuses by a significant amount,” said Hanhan.