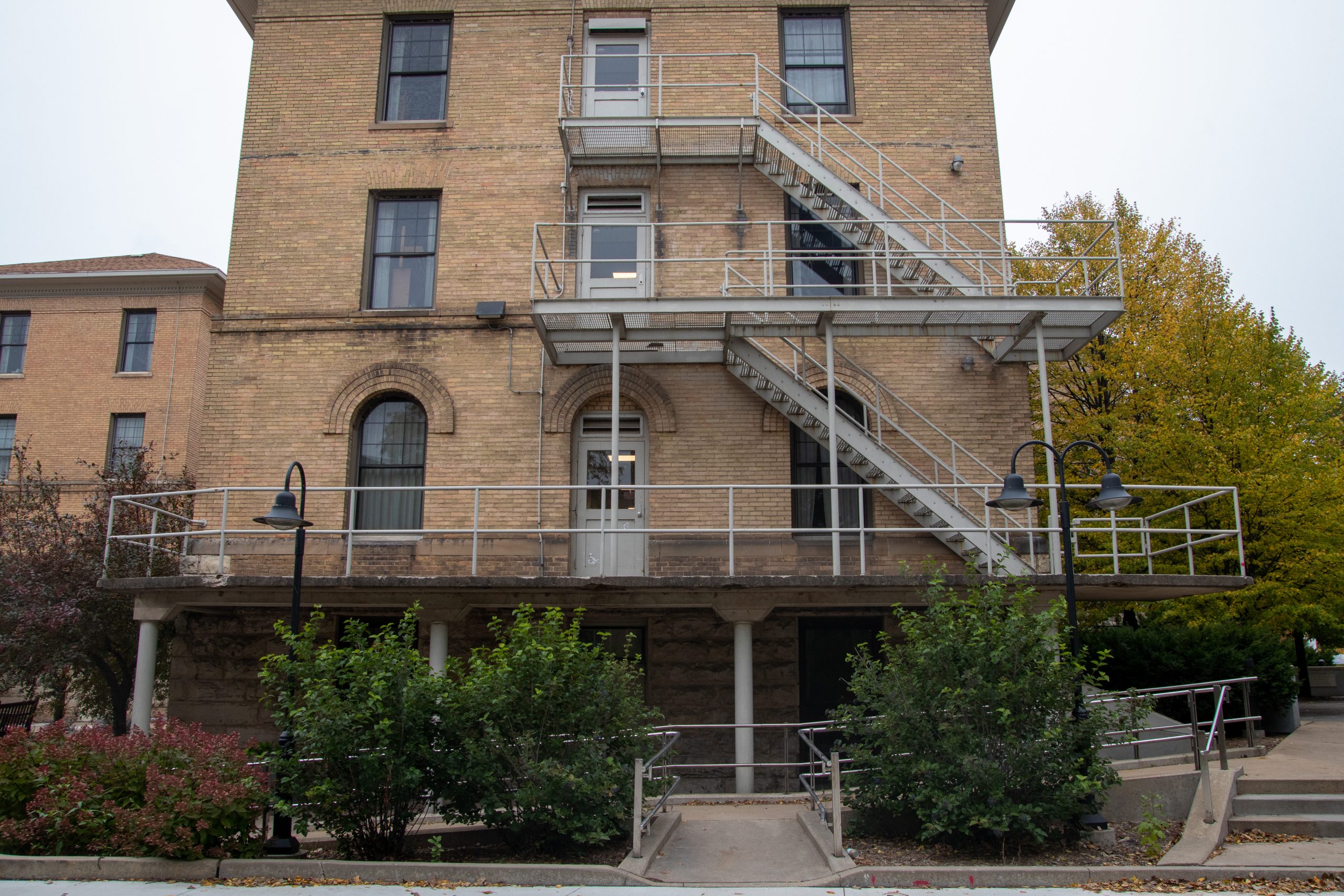 At around midnight during week one, Ormsby Hall had a fire alarm go off. In accordance with the emergency exit plan, second floor Community Advisor (CA) Sam Brewer sent his residents down the south wing to the emergency exit that led to the outside fire escape. Brewer then went down the one interior staircase on the inside of the building. After getting outside, Brewer said a group of his residents, who went down the fire escape, came up and told him that after getting to the bottom of the south facing fire escape, they had to jump into a bush.

First-year Jessie Downey, one of Brewer’s residents, commented that they weren’t too hurt or scared after having to make the jump but that they are concerned about the fire escape not being completely safe or reliable in the event of an actual fire.

Brewer brought up these concerns to Area Coordinator D’Andre Weaver when they came up at the start of the year, and Brewer was told that they would be addressed. He also brought the concerns up at a CA meeting a week and a half later. However, a month later, Brewer has not heard anything back, and the fire escapes remain the same. Additionally, at the meeting when Brewer brought up the concerns, he was asked why he would send his residents down the fire escape when there was no real fire.

Nicholas Mainville, Lawrence University’s Fire Safety Coordinator, said that the Appleton Fire Department does an inspection twice a year. The only issue that came up at the most recent inspection during the summer was that the fire doors were a little hard to open but still met code. Other than that, everything was up to code, said Mainville.

“Safety in all of our buildings is always a focus,” Assistant Vice President of Facilities Operations Joseph King said. “Ormsby Hall has and continues to meet all code requirements and has passed all inspections. That includes the main hallways and stairwells, as well as the emergency fire escapes.”

Fire drills are scheduled regularly in the residence halls so that students are aware of best practices and expectations for exiting the building in case of an emergency, King said.

Brewer commented that he doesn’t understand how the fire drills relate to the fire escape being inaccessible.

According to the Wisconsin State Department of Safety and Professional Services Administrative Code Chapter 375, Section 19: