The difference between leftists and liberals 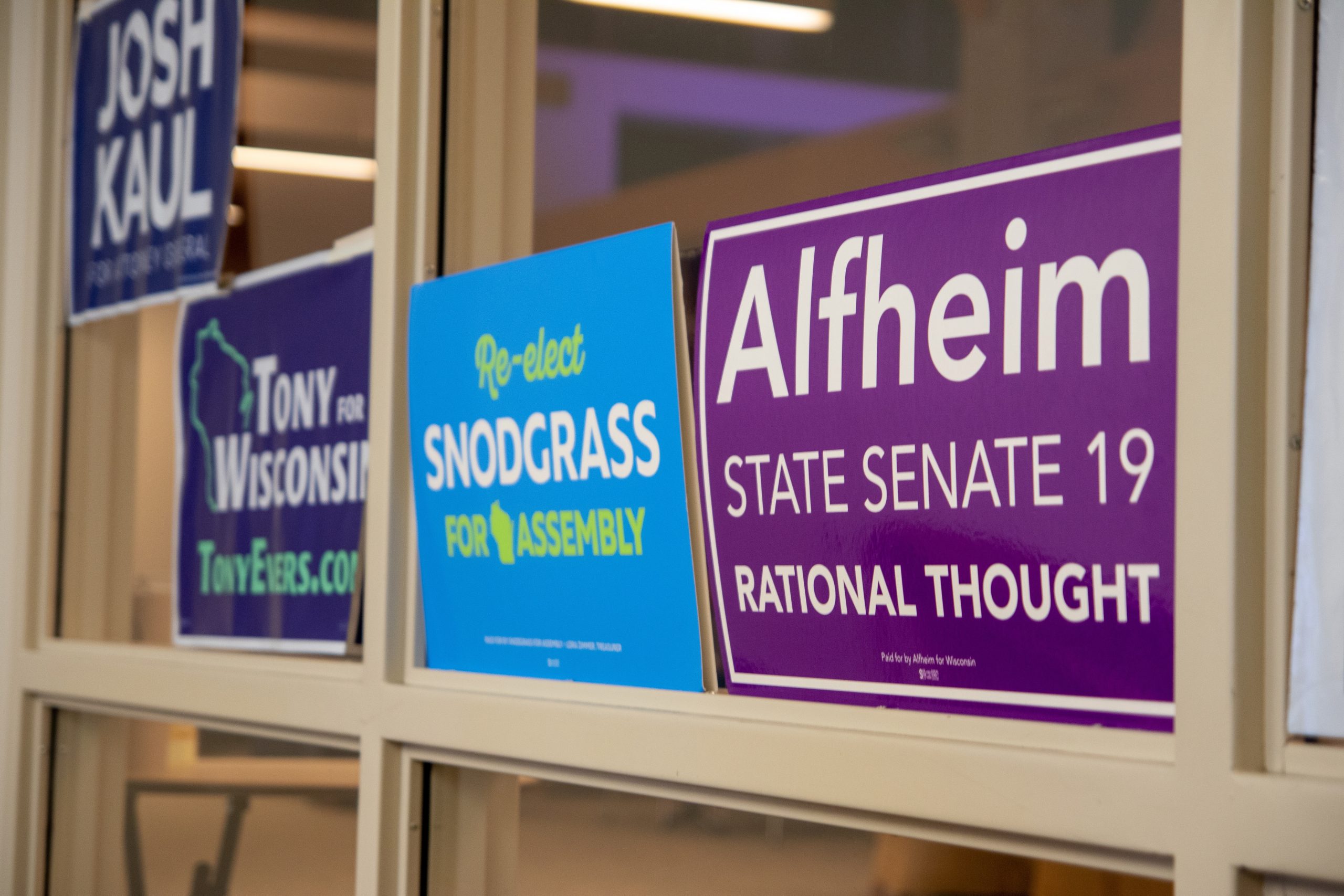 With election season around the corner, political ads can be seen all over campus and Appleton. Photo by Adam Fleischer.

It may be a result of my personal political consciousness journey, but more and more it seems that people from both American political poles are referring to politicians in the Democratic party as “leftists.” Day after day I hear folks complaining about “leftism” taking over America and about the Democratic party becoming occupied by “radicals.” To this, I ask, where are these supposedly leftist policies? Is it a free college education? Is it a $15/hour minimum wage? Is it gun control?

While it’s clear that these policies are not right-leaning ideas, can they really be called “left”? For far too many Americans, “left” and “liberal” are one and the same, but it is becoming increasingly important to draw a distinction between these two concepts, as they are much more different than one might think. According to the average Tucker Carlson tangent, the more disagreeable an idea is, the more leftist it is. Ask any true communist (like myself) and they will happily jump on the opportunity to tell you why “leftist” and “liberal” are not interchangeable terms. So let’s discuss.

The simplest distinction between liberals and leftists is that liberals support capitalism and want to make changes within it, while leftists vouch for an alternative economic system entirely. For example: where a liberal would theoretically support the inclusion of gay people into the U.S. military, a leftist might oppose the military in general, believing the U.S. military to be a harbinger of death and therefore deplorable no matter which marginalized groups are represented in its ranks. Where a liberal would support laws heavily limiting civilian gun ownership, a leftist might support the arming of the masses, and particularly of the marginalized groups of society, because the disarming of those groups has historically allowed for violent government suppression.

It is helpful to consider the idea of reform versus revolution; a liberal believes that the system is overall redeemable if it is reformed through laws and social change, while a leftist believes that the system itself is the problem and only a revolutionary restructuring of that system would truly do any good. This is why the idea of, for example, a $15/hour minimum wage is not a leftist idea; a leftist view would be the idea that waged labor itself is a capitalistic concept with inherent flaws that cannot be accounted for by simply raising the minimum wage.

The United States has a well-documented history of actively suppressing leftist beliefs and raising up capitalist rhetoric, due to the Red Scare brought on by the Cold War. This history has created a culture of anti-communism in the U.S. that does not exist in the same way in other countries, and this is why ideas like single-payer healthcare and affordable higher education are much more accepted in other parts of the world. Some of these ideas are considered radical in the U.S., which vastly decreases the political spectrum that is acceptable in American political discourse. This concept of the acceptable political spectrum is known as the Overton Window, and it can look very different for different cultures. The Overton Window is the reason why “leftist” and “liberal” ideologies are lumped together in the U.S. in the first place; true leftism (i.e., anti-capitalism) is so far outside of the American Overton Window that Americans are hardly ever taught about it except as a fringe set of beliefs.

It is vital that, when engaging in political discourse, one has an understanding of the full political spectrum in order to have a proper conversation. I know I personally have had countless conversations with people about my own incredibly left-leaning politics where they argue with me as if I am a liberal, simply because they are not aware of beliefs more left-leaning than liberalism. Leftism and liberalism are two mightily different things, and I heavily encourage anyone who is going to enter a political conversation to know the difference between the two and know what each ideology really stands for.