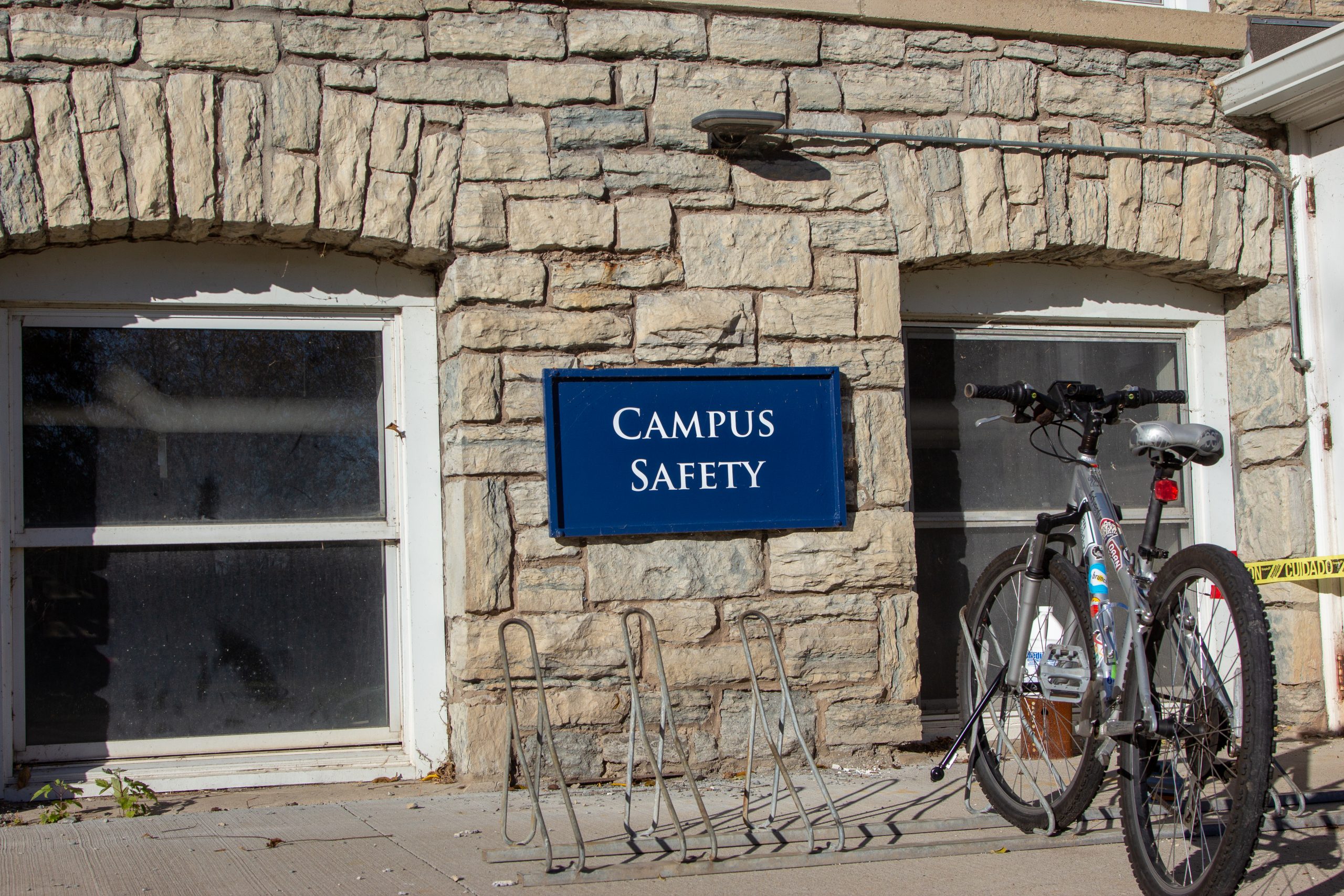 The campus safety sign outside of Brokaw Hall. Photo by Adam Fleischer.

Interim Vice President for Student Life Chris Clarke sent an email to the Lawrence community which included the annual Safety and Security report on Saturday, Oct. 1st, 2022. The report is published yearly in compliance with the Jeanne Clery Disclosure of Campus Security Policy and Campus Crime and Statistics Act (Clery Act). This act requires colleges to report their safety procedures and disclose crime statistics for the campus. The report is compiled with information from campus incident reports, the Appleton Police Department and the Title IX Coordinator who is currently Allison Vetter.

The report has detailed information about safety policy and procedures for the campus, and it outlines different prevention methods in place on campus. One of these procedures includes the online trainings required for all incoming First-Years and new employees with topics including alcohol and sexual violence. This year Vetter said the campus will also be starting an annual training for students, faculty and staff.

Vetter said the online trainings are only one part of the Title IX offices’ programming, including events held throughout the year. So far this term they have participated in events such as the student resources fair and hosted a Title IX expert, “The Title IX Guy.” The Title IX guy had an event with the Student Alliance Against Sexual Harassment and Assault (SAASHA) on Tuesday, Oct. 11, 2022, where they had a conversation about sexual misconduct. Vetter said Lawrence is always trying to improve their programming.

The report then lists the different sources of information for the report such as athletic coaches, deans and local law enforcement. The report has crime statistics for the past three years.

“Clery data are “counted” based on when the crimes are reported, not when they occurred,” Vetter stated.

According to Vetter, this means the data isn’t always accurate of what occurred in the past year because old crimes could have been reported that year. Vetter said this makes it hard to gauge differences in crime rates over the years.

With all of the different information sources it also lists the Clery geographic locations. Vetter said campuses are required to report crimes that happen in their geographical space. So, if an arrest is made anywhere on campus property it has to be included in the report even if it was not perpetrated by anyone in the Lawrence community.

In 2021 there were five reported cases of stalking. This was a rise from the previous two years only having one. Despite the many trainings offered by the University and the title IX office there were nine cases of sexual offences on the Lawrence University campus.

The report also includes the Annual Fire Safety Report. Unlike the security report this only has the information for the last year. In 2021 there was only one fire in on-campus student housing in Kohler Hall. The fire safety report also lists all the residence halls and their meeting places in case of a fire and states that Lawrence works closely with the Appleton Fire Department.