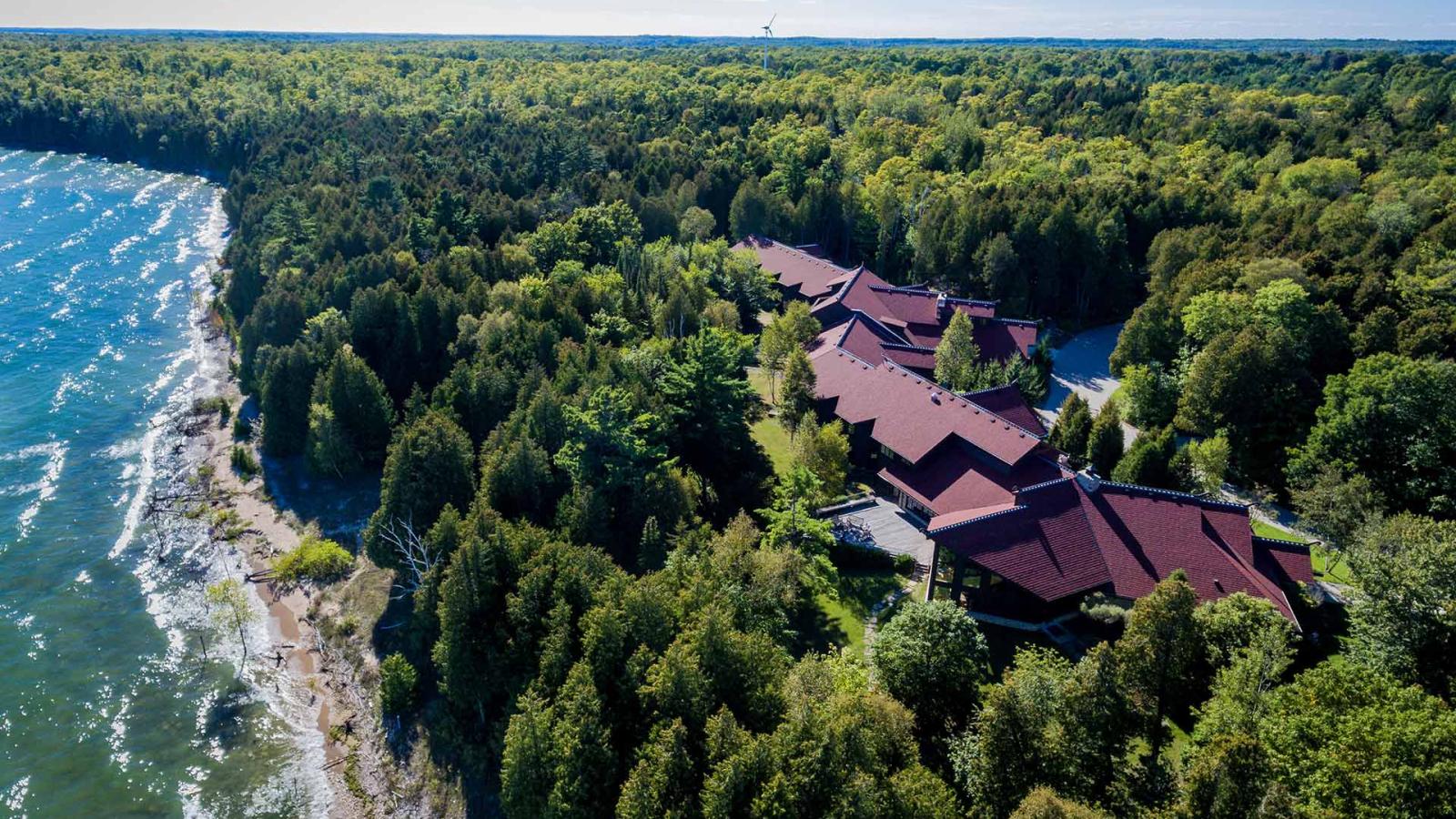 Photo of the Björklunden campus. Photo taken from Lawrence website.

Lawrence’s campus at Björklunden is expanding on its Net Zero campaign, which launched several years ago, to improve its environmental sustainability. They aim to fully erase the campus’s carbon footprint.

Recent improvements to Björklunden include reconditioning the campus’s wind turbine to maximize clean energy, conducting a thermal scan of the lodge to identify heat-loss areas and installing LED lighting. High-efficiency boilers for the radiant floor heating and an updated HVAC system were also added.

Tom McKenzie, the director of Björklunden, said that more sustainability reforms are still in the works. If fundraising is successful, he plans to plug in a 217-kilowatt solar array and add geothermal technology, which will further alleviate energy demands from heating. New research from the geoscience department is also helping people understand the amount of carbon that the Björklunden forest pulls out of the atmosphere.

According to McKenzie, the first sustainability efforts at Björklunden date back to the 1970s, when successive studies of the campus’s vegetation and recommendations for protecting the unique ecosystem emerged. Most of Björklunden’s 441-acre campus is protected under a conservation agreement with the Door County Land Trust.

In the mid-1990s, Lawrence students secured a grant to install a wind turbine in Björklunden, tapping into the campus’s massive sustainable energy resource and reducing the demand for energy from other sources.

McKenzie expressed gratitude for the donors who have been supplying funds for the sustainability efforts. In particular, he thanked the Paulson family for their large donations, which he says played an essential role in the Björklunden sustainability campaign.

He admitted that the crew has encountered some setbacks on Net Zero, including fluctuating costs, labor shortages, supply chain issues and the difficulties of adopting new technology. However, he is confident that work is going in the right direction.

“I’m very optimistic and happy about how far this project has come and where it is headed,” said McKenzie.

He affirmed that sustainability is central to society’s overall well-being.

“I believe our survival, our economic livelihood and quality of life as humans on this planet depend on reengineering our energy infrastructure to be more sustainable and less dependent on burning carbon-based fossil fuels,” said McKenzie. “Björklunden offers a tangible example of how to do this. I welcome students, the public and policy makers to visit so they can see for themselves what is possible.”

McKenzie also hopes that Björklunden can serve as a model for a similar campaign for Lawrence’s main Appleton campus.

“LUCC Sustainability is in favor of any effort to reduce the carbon footprint of Lawrence University,” said Dalgleish. “We believe this is a great project.”