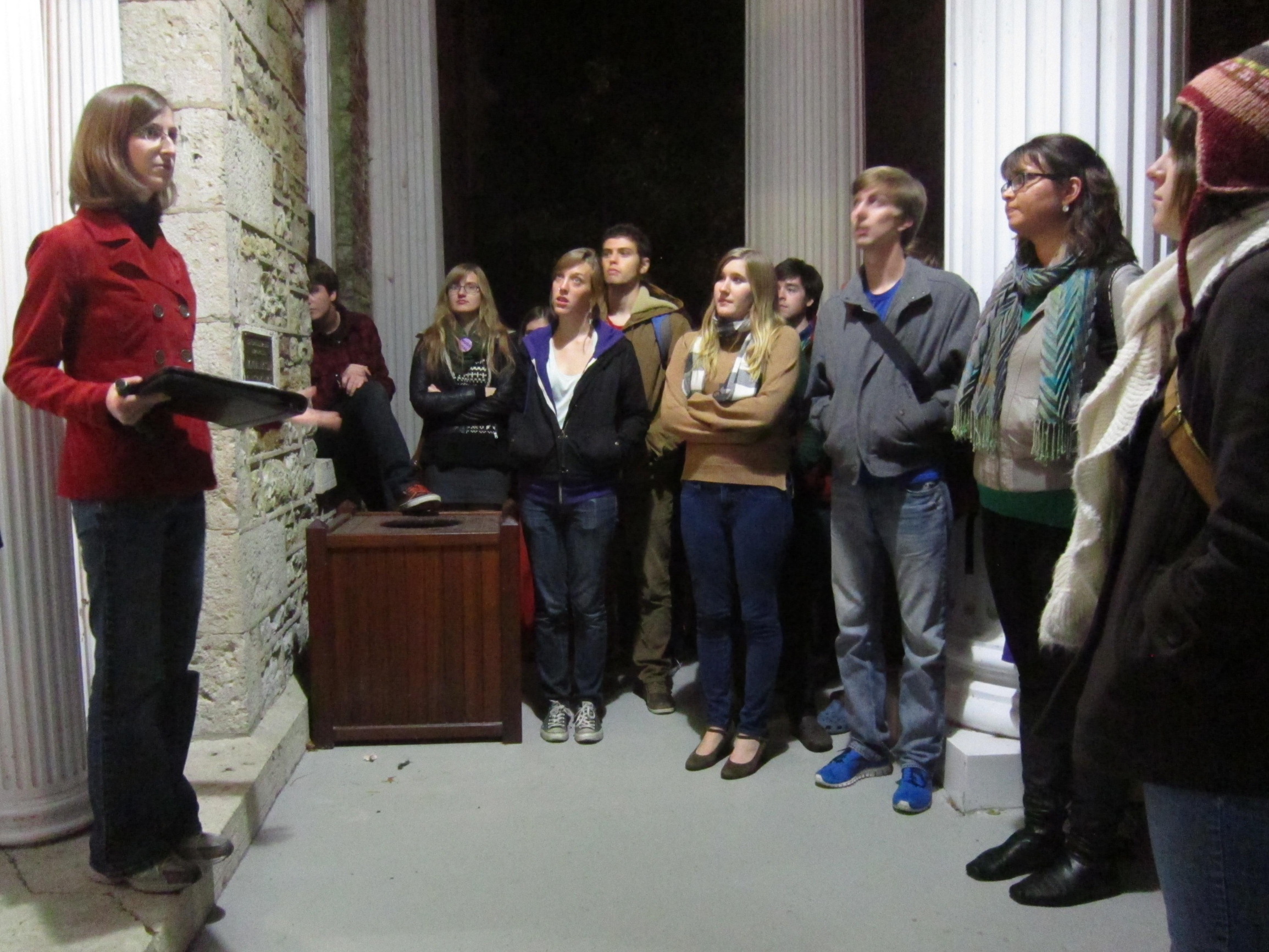 Lawrentians gathered outside the Warch Campus Center on Nov. 24 to begin an hour-long tour of haunted areas on the Lawrence campus.

Lead by University Archivist and Assistant Professor Erin Dix, the Haunted Lawrence tour included retellings of Lawrence’s spooky past, taking students to places such as the attic of Ormsby Hall and the Main Hall cupola.

According to Dix, former archivist Julia Stringfellow began the tour in 2007. Said Dix, “[The Haunted Lawrence tour] started because we had a collection of stories that had come out related to different areas on campus.” The tour continued in 2008 and 2009 but has not been held again, until this year.

“I think it’s a really good and different way to talk about the history of the buildings on campus and people who have occupied them,” shared Dix. “In addition to recounting stories that have been collected from security staff, students and professors, we also try and talk about things that those stories are rooted in.”

While some stories told were on the scary side, others were about mere historical happenings on the Lawrence campus. According to Dix, all stories told were truthful and based strictly on reports that the university has preserved. Even ghostly stories have been rooted from reports that previous students, security officers, faculty and staff have filed.

In the 1900s, security officers reported the sight of apparitions in Stansbury Theatre. While going in after hours to lock up, the officers came across a group of women dancing in circles.

According to the report, these women were dressed in light dresses and long hair with flowers in their hair. Once the officers turned the lights on, the women were gone.

Stansbury and Cloak theatres have been said to be the two of the most haunted buildings on campus.

The earliest report that the university archives has of any ghostly happenings dates back to 1899. Miss Havisham has since been said to reside in the Ormbsy dormitory attic.

Additionally, a lot of the small houses on campus have haunted stories associated with them. A big reason for this may be because these houses were once private residences before used by the university.

Said Dix, “There are enough reports to say some of them are legitimate but I wont make a decisive verdict one way or the other. It’s still fun to talk about them and share them with people and in the wider context of the history of different parts of campus, I think it’s pretty interesting.”

While the Haunted Lawrence Tour was given during an alumni reunion weekend this past June, another haunted sighting was reported. “Someone on the tour actually reported sighting ghosts in the Chapel as we were going through,” said Dix. “So you [still] never know…”