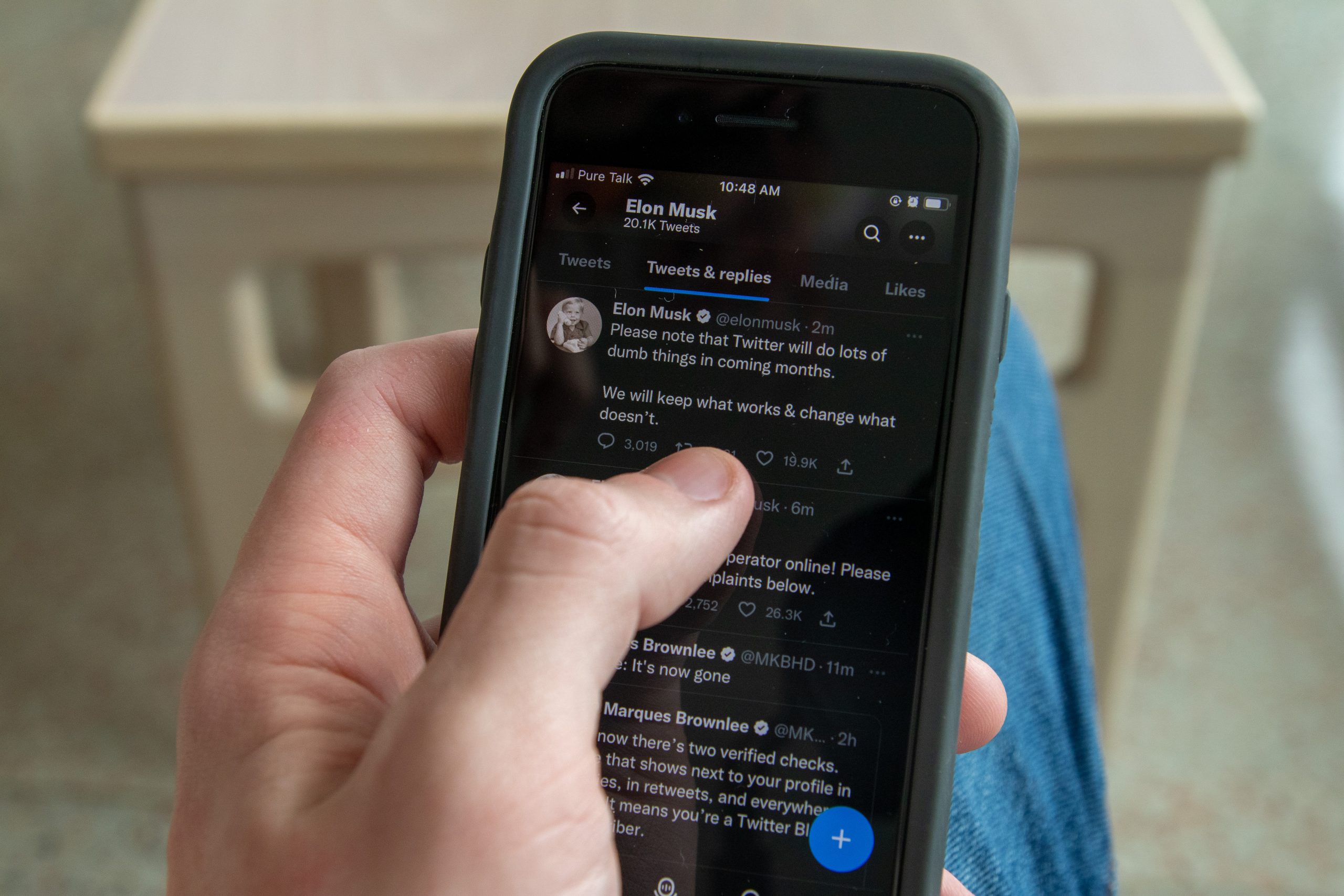 Twitter is used by hundreds of millions of people. Photo by Alex Stanger.

With the recent acquisition of Twitter by the (in)famous Tesla CEO Elon Musk, Twitter is already taking a far different approach: Many of its chiefs and employees have left or been fired, controversial groups and individuals have celebrated what they perceive to be a revival of free speech, and there will be a monthly $8 fee for the blue checkmark, a sign for verified users. Musk’s purchase of Twitter has been seen by some to be a revival of a more laissez-faire approach to the platform, with some rumors suggesting he would be unbanning former president Donald Trump’s account, as well as several others such as Ye West, who was recently banned due to inflammatory remarks. Musk has also blamed what he sees as rampant left-leaning “cancel culture” for the drop in ad revenue. Despite these perceived gains for firebrands and losses for those who are against them, Musk seems to have taken a middle-ground, lean-right approach: He has announced that banned users will still remain so until post-midterm elections, and then will be unbanned only if they have clear reasons for being unbanned, which has already been seen by some as cowardice and a reversal of promises. At the same time, he has encouraged people to vote Republican, seeing it as a balance to a Democrat-controlled presidency. Some observers see it as the opening of the floodgates to disinformation spreaders and trolls and a degradation of what Twitter was.

Musk sees otherwise: He has often said he wants to make Twitter more accessible and friendly, and at the same time free for people of different viewpoints to discuss. This approach was primarily lauded by conservatives, so his delayed approach to releasing users who have been banned for inflammatory or controversial remarks has not won any points among them, nor has this reassured those who view his more proclaimed hands-off approach as secure or even genuine. Then there is the case of the monthly $8 blue checkmark for verified users, which has been heavily criticized by many users and those outside the platform for being a cash grab. Some see a far darker tone with this new move: You have the right to speak, but you will pay eight bucks for it every four weeks. Personally, while I am overall apathetic to all of this since I hardly use Twitter, this is a strange and (to some) troubling turn for social media freedoms.

No matter what position you take regarding his policies for Twitter, it is clear Musk has put himself in a very precarious position: The app is officially banned in China, home to many of Tesla’s major car production facilities and scoped projects, and hence he is playing a delicate balancing act between bigger political and social points at home and economical boons abroad. If he is to appeal to the Chinese government’s policies on free speech in regard to China, he risks alienating his users and declining Twitter’s value due to them leaving. If he goes fully for an avowed free-speech, no-censorship-except-for-incitement policy, this would likely invoke criticism from the Chinese state, jeopardizing his economic support from China. He is now in a position where most people would not want to be, in both the speech department and in general for his company’s future economic visions and its relation to Twitter’s rules: His monetization of speech on Twitter has already angered factions on both ends of the American political aisle, and he faces the upcoming challenge of trying to avoid something that could kill his company’s growth while maintaining his spoken principles. Elon Musk may have grabbed many headlines, and he may change Twitter for the better or worse, but right now he has jumped onto a very narrow and fraying tightrope. He better not slip off.