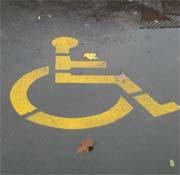 On a cold day at Lawrence, what could be more comforting than to walk into the café and sit down with a steaming caffeinated drink? When Andrew Commons becomes an urban jungle at dinner rush hour, where could a hungry college student go to eat in relative peace — unless it’s Monday jazz night?

Oh café. How we need you.

Enter full-timer Alex Boostrom ‘09, who described working at the café as a “difficult, labor-intensive job.”

He is the short, bearded guy who takes our orders without asking us to repeat it, puts toppings on our bagels, cleans the tables, retrieves supplies, and fills up the water and condiments — “not condoms,” he stated emphatically.

A recent Lawrence graduate, Boostrom has become a full-time worker this year in order to pay the bills and save up for graduate school, where he hopes to get his master’s degree in music composition.

Boostrom asserted that “there are times when [working at the café] is a very enjoyable experience.” Not only does his job allow him to partake in the Lawrence atmosphere after graduation, but it also creates a certain “coworker camaraderie” from which he has struck up new friendships. He also encounters friends he knows from his student days and takes particular pleasure in making drinks for them.

Being at a public space for nine hours — from 3:30 in the afternoon to past midnight — Boostrom becomes an unintentional witness to “anything and everything that can happen to a student,” including make-ups and break-ups, flirting fiascos and drunk people.

“But keep in mind that I have a job to do,” he said. Occasionally the nostalgia does hit him, but he does not let himself dwell on it for long. According to him, “a good employee would not let their mood impact their work.”

And work it is indeed. He mentioned the long hours during which he cannot sit down, the multi-tasking, and the unpredictability. Stress levels rise if a gaggle of busy Lawrentians troop in at a normally quieter hour and there’s only one person behind the counter to single-handedly work the cashier, grill the paninis and whip up the coffee.

As Boostrom said with a shrug, “[Students] like us to be quick, but we do the best we can.”