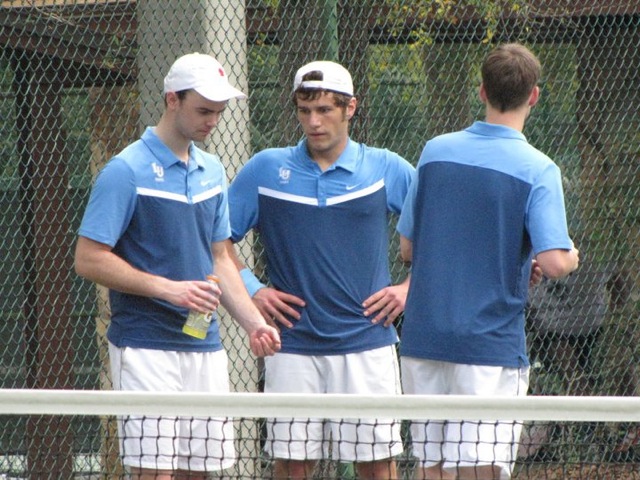 Last Sunday, the Vikings men’s tennis team suffered a loss against Carroll University. The match was originally scheduled for Saturday, but due to poor weather conditions it was rescheduled for later in the week.

Although the team lost 3-6, Lawrence University was still able to nab wins in both individual and doubles matches. Jason Dunn, a sophomore, posted a win at number one singles. Teammate Caleb Ray, a junior, also grabbed a win at number two singles. Dunn beat Carroll University’s Kevin Rasmussen with an overall match score of 10-8, while Ray obtained an overall match score of 11-9 against Carroll’s Matt Zellner.

Ray posted another win after pairing with freshman Jeremy Andereck at number two doubles. Their overall match score was 8-6.

When asked about the match, the players had many positive words for each other. Anderick commented that although the team lacks “consistency,” they make up for it with chemistry. Dunn added, “The individual members on our team all bring something to the table, whether it be tennis talent or life lessons which we will remember forever.”