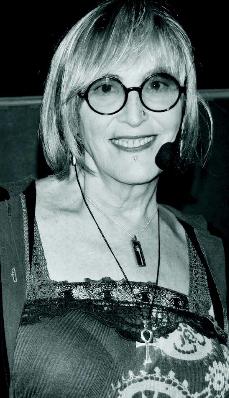 Among the rubble of the Holy Trinity Cathedral in Port-au-Prince, Haiti, a little girl has a flute lesson with her teacher, while a little boy studies drums with his teacher nearby. After the 2010 earthquake, most everything in this area of Haiti was decimated, but the people’s music, culture and spirit have proven to be untouchable.

The Haitian Boy Choir performed September 20 for a packed Esch-Hurvis Room. “Les Petits Chanteurs” is a group of students from the Holy Trinity Music School. The choir consists of 30 singers, ages 6 to 35. The group is accompanied by a chamber group of 10 musicians including percussionists, flautists, violinists, a bass and a cello.

After introductions from the Bishop of the church and Lawrence alumnus Paris Brown, who has been volunteering at the music school for the past couple of years, the show began.

The first song was a composition by Haitian native Sydney Guillaume, and it proved to be an energetic opener that captured the group’s knowledge of polyrhythms.

The second song, entitled “Tap-Tap,” named after the colorful vans that the group described as the “city bus version of transport in Haiti,” had a unique percussive interplay between voices.

The third song was a Haitian spiritual, and the band laid down a very nice groove. The following song further showed the band’s musicality and versatility, as one of the boys accompanied the rest of the choir on a piano.

The final song of the first set was performed with the Appleton Boys Choir. The two groups had fun exchanging musical ideas and collaborating on a piece they found to be common to both of their repertoires, “Ave Maria.” With only one rehearsal prior to the concert, both choirs were able to blend sufficiently and execute the tune.

The second half of the concert involved a change of flavor, as the chamber ensemble took the stage. The driving beat laid down by the percussionists finally got people dancing. Especially enthusiastic were the Appleton Boys Choir, who picked up some synchronized dance moves from each other on the spot

The conga player had a great feel as he began the third song of the set and then proceeded to take a captivating solo over the choir. At the end of the last song, some of the choir moved to the front of the stage to unravel the Haitian flag, a display of their patriotism.

In a video that was shown before the performance, one of the Haitian teachers at the Holy Trinity Music School was interviewed. “Music goes on, [and] life goes on,” he said.

“Les Petits Chanteurs” lived up to this philosophy, conveying to their audience nothing but sheer joy in sharing their music. Donations were collected through the show and intermission to show our appreciation of the performance and to inspire hope in the future of the music school that must be rebuilt.

Cameron Carrus The choir performs for the crowd in the Esch-Hurvis room (Dan Nguyen) Among the rubble of the Holy Trinity Cathedral in Port-au-Prince, Haiti, a little girl has a flute lesson with her teacher, while a little boy studies drums with his teacher nearby. After the 2010 earthquake, most everything in this area of…