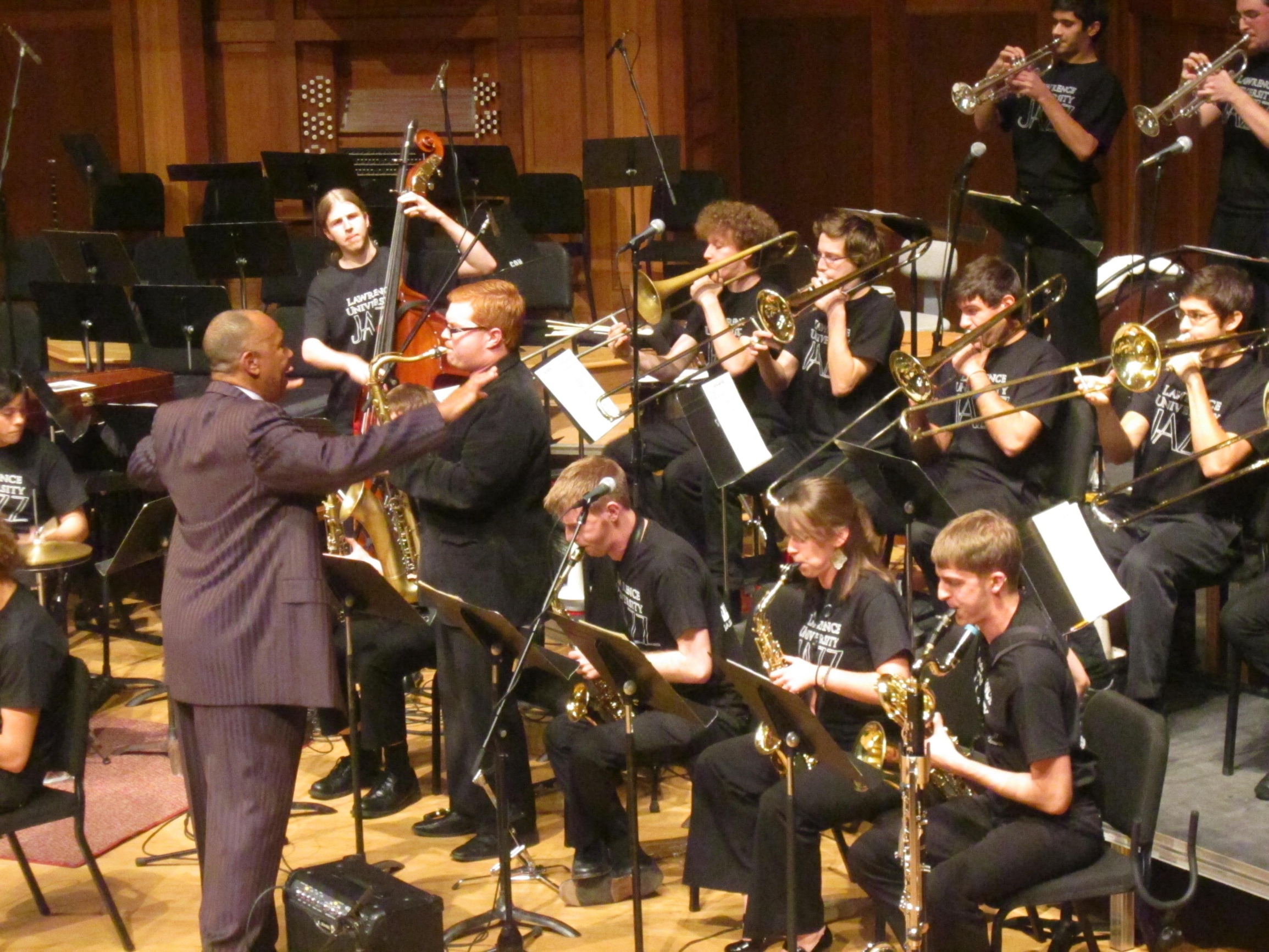 Lawrence hosts numerous high school big bands during Jazz Weekend, but the festival also features performances by all of Lawrence’s small jazz groups and large ensembles. This year, Lawrence also had the pleasure of hosting two better-known jazz groups: the Tierney Sutton Band, which performed on Friday night, as well as John and Gerald Clayton, who performed on Saturday.

John Clayton is a well-established bassist and composer, while his son Gerald is a pianist. Last Saturday, the Claytons collaborated with the Lawrence University Jazz Ensemble and drew a large audience that packed the chapel in eager anticipation of the concert.

After LUJE trickled on stage, their director Fred Sturm walked out to thunderous applause. Sturm thanked the Jazz Weekend participants and introduced the concert’s host and conductor, John Clayton, who immediately counted off the first tune.

LUJE opened with an up-tempo John Clayton original titled “Nice to Meet You.” The tune began with a rhythm section introduction, but the saxes and brass quickly entered with a loud and exciting melody a few bars later.

Clayton’s enthusiastic, physical and commanding conducting style was evident from the beginning of the melody. He used his entire body to energize the band, putting even the most aggressive orchestra conductors to shame. His energy quickly rubbed off on the audience during “Nice to Meet You” and seemed to inspire the musicians as well.

LUJE followed “Nice to Meet You” with Clayton’s boogaloo arrangement of Horace Silver’s “The Jody Grind.” “The Jody Grind” featured a number of solos and ended with an intense shout chorus interspersed with solos by drummer Tristan Renfrow.

After LUJE played what Clayton described as a “chilled-out version” of the Frank Loesser and Hoagy Carmichael hit “Heart and Soul”— which featured Clayton’s beautiful bass playing — Clayton introduced his son Gerald.

Gerald played on the final tune of the set, “I’ll Be Serious ‘bout Dem Blues,” and floored the audience with a thoughtful and tasty piano solo. Clayton’s playing was not at all angular or dissonant; instead, he melded different jazz influences into a cohesive whole that felt really good.

The second set of the evening featured the Claytons and LUJE plus the Lawrence University Studio Orchestra. The orchestra began the set with Clayton’s “Metro Madness,” an intricate, hectic composition that culminated in a powerful Gerald Clayton piano solo.