A brief history of the Main Hall clock tower 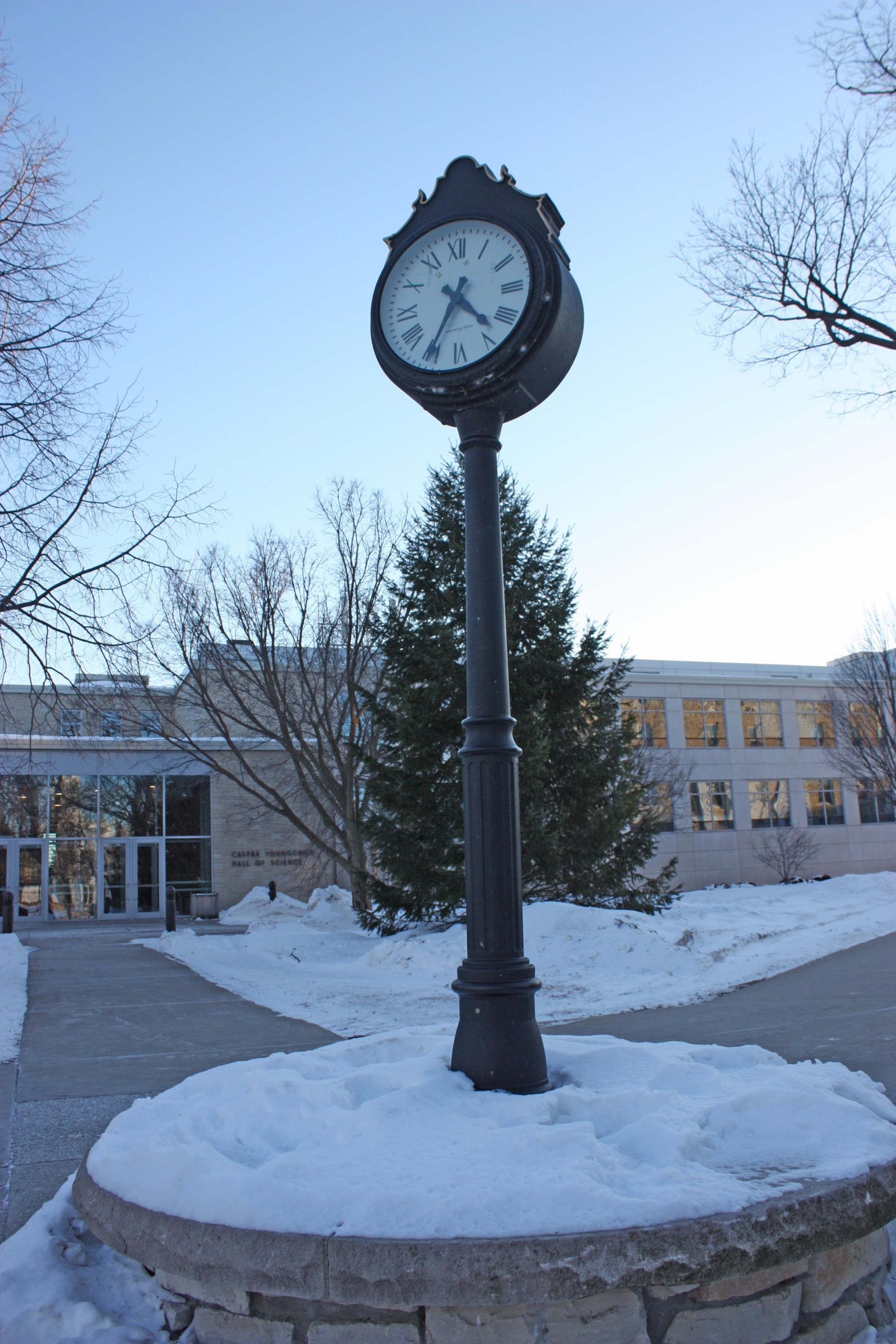 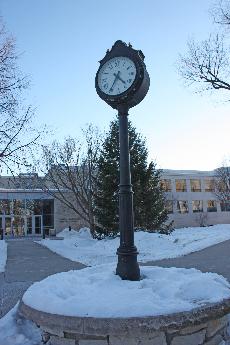 At a school as small and tight-knit as Lawrence, everything on campus seems to have a story. From the bridges to the buildings, people willing to slow down for a moment and take a look around can find Lawrence’s landscape rich in history, and not just the archaic kind – no offense, Amos!
For example, the clock tower outside the east entrance to Main Hall has more to it than being a place for people to hang posters.
In 1995 the seniors decided, as is customary for many classes, to give back to Lawrence through a senior gift. Old posters about gift voting indicate that the seniors considered several options, including a stained glass window in Memorial Union, benches around campus or an art grant. In the end, however, it was the lighted freestanding clock outside Main Hall that won the votes and was established for future students.
Current students may wonder why the seniors even thought Lawrence needed a clock. Advertising material from January 1995 explains that the seniors wanted future students not to have the same troubles they did.
“Have you ever wondered if you will make it to a class on time, but the trees on campus block your view of the TCF bank clock? Future generations of wristwatchless, Main-Hall-sundial-time-telling-ignorant – like me – Lawrentians will be spared this uncertainty by simply glancing at the Class of 1995 free-standing clock, placed at an eye-catching point on campus,” wrote the anonymous author.
Of course, the class of 1995 had no idea that cell phones were about to hit the market and that future students would have no problem keeping time, but the sentiment is still appreciated.
But the clock tower didn’t lapse into disuse once people no longer needed it to tell time. As is the Lawrence way, students weren’t satisfied using the clock tower just for its intended purpose.
In a 2005 Lawrentian editorial about political involvement, there is mention of the “new and interesting” soapbox speeches students made at 12:20 to the crowds leaving Main Hall. Though there is no official mention of these speeches earlier than this date, the editorial mentions that this idea was “taking a page from the past,” implying a history beyond that recorded. These speeches, also called clock talks, were five-minute speeches about anything the speaker desired, though in this mention they are suggested to have been political discourse.
Like all traditions, clock talks seem to have come and gone. In January 2008, another Lawrentian article mentions a student “spearheading a comeback of small discussions about any topic,” delivered while standing on the clock tower base. Here, students were encouraged to talk about anything from movie reviews to advice for freshman students.
Recently, several groups on campus have considered bringing clock talks back into fashion as a way to advertise events and causes – Greenfire, for instance, in order to promote their Waste Reduction Month.
However, students don’t need to be in a club to make a speech. Anyone willing to brave the cold can always jump up on the clock tower and start reaching out to their classmates. At the height of their popularity, clock talks had a schedule and sign-ups – but for now, anyone can participate when they desire. So whether you want to talk about the merits of your favorite television show or share your senior project research with the community, get talking at the clock tower!