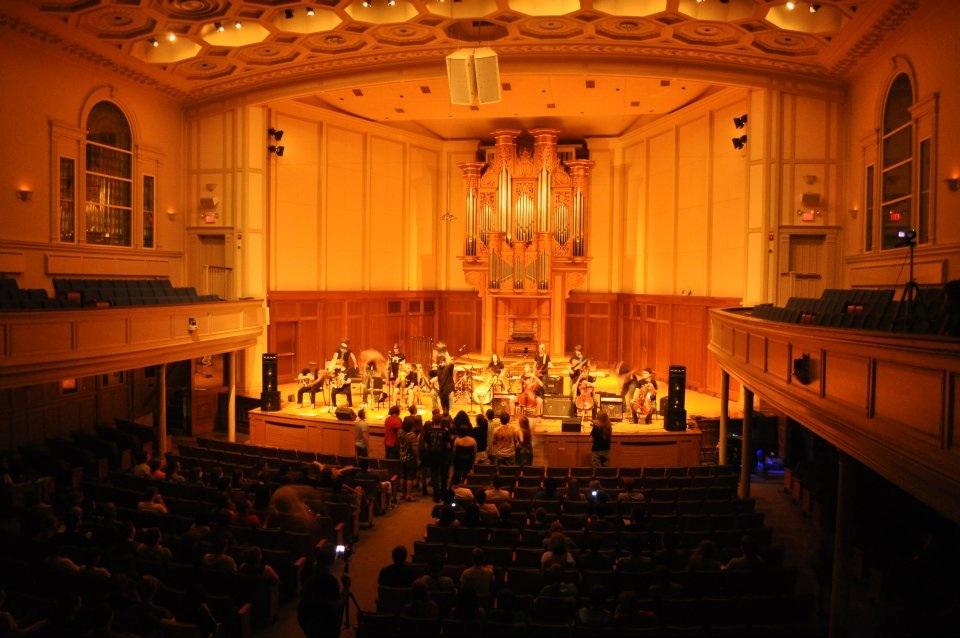 Although Spring Term reading period was marked by the absence of classes, an abundance of off-campus trips and minimal food options in the commons, there was certainly no shortage of heavy metal on the Lawrence campus. Indeed, HMELU — the Heavy Metal Ensemble of Lawrence University shook the Memorial Chapel, and probably much of downtown Appleton, Thursday, May 3, presenting a night of heavy, high-octane music.

Although HMELU was briefly active in the mid-2000s, its current incarnation began as the brainchild of **** Calvin Armstrong, whose eagerness to perform metal music at Lawrence drove the cello performance/government double major to arrange a series of his favorite metal songs for Thursday’s “Resurrection Concert.”

Donning black t-shirts and corpse paint, HMELU’s ensemble of 19 musicians was an intimidating sight. Even before the concert, the Chapel stage appeared transformed, as the cymbal-spewing, amp-blotted space, made the classically-inclined venue look like a distant, demon cousin.

With upwards of 70 people in attendance, HMELU jaunted out with a boisterous full-group piece featuring growling vocals from ***** Josef Kay. Wasting no time getting into its most brutal material, HMELU immediately rocked the audience, inspiring a rowdy environment that transcended the stage-seating dichotomy, allowing for a mosh pit to surface.

With dueling brass and amplified cello sections anchoring the front of the stage and electric bass, electric guitar, drums and percussion filling out the back, HMELU was well equipped to deliver a range of sounds, and deliver they did.

Fast-paced and high on volume, HMELU’s set paired the brooding heaviness of black metal with melody driven anthems and sludgy psychedelia. While much of the concert was marked by its loudness, Lawrence’s newest group undoubtedly traversed an array of textures and styles, displaying metal’s many subgenres while letting Lawrence’s talented musicians go outside of their normal bounds.

With the goal ofhighlighting “the similarities between the classical music world and the heavy metal world,” Armstrong — or as he is known in HMELU, “Apoxis, Grand Vizier of the Abyss” — hoped that the group would engage Lawrence’s musicians in a genre that shares classical music’s harmonic content and emphasis on virtuosity.

Apoxis’ goal rang true on Thursday night, as the differences between classical ensemble and metal band became blurry. Moreover, some of the most exciting parts of the concert were when individuals emerged out of HMELU’s mammoth soundscape to showcase sounds unique to any genre.

Such moments included Armstrong’s coupled vocal and cello treatments, gnarly soloing from ***** Chris Misch and basically everything that Jake Crowe did. With unbridled energy and no inkling of holding back, HMELU’s individual musicians played with a sense of vigor and intensity that was highly appreciated those in attendance.

Between glam-metal shrieks and mean growls, feverish cello playing and soprano sax solos, HMELU brought out a lot of goods. “That was one of the coolest nights of my life,” explained Armstrong, whose HMELU plans began on a fall-term bus ride to Bj**o**rklunden: “It was really gratifying to have all that work to pay off in such an awesome way.”

Awesome indeed, HMELU’s “Resurrection Concert” was an emphatic success on many levels. Not only did the group deconstruct notions about classical and metal musicians, but they also brought together many different types of people from around campus and put on a great performance. 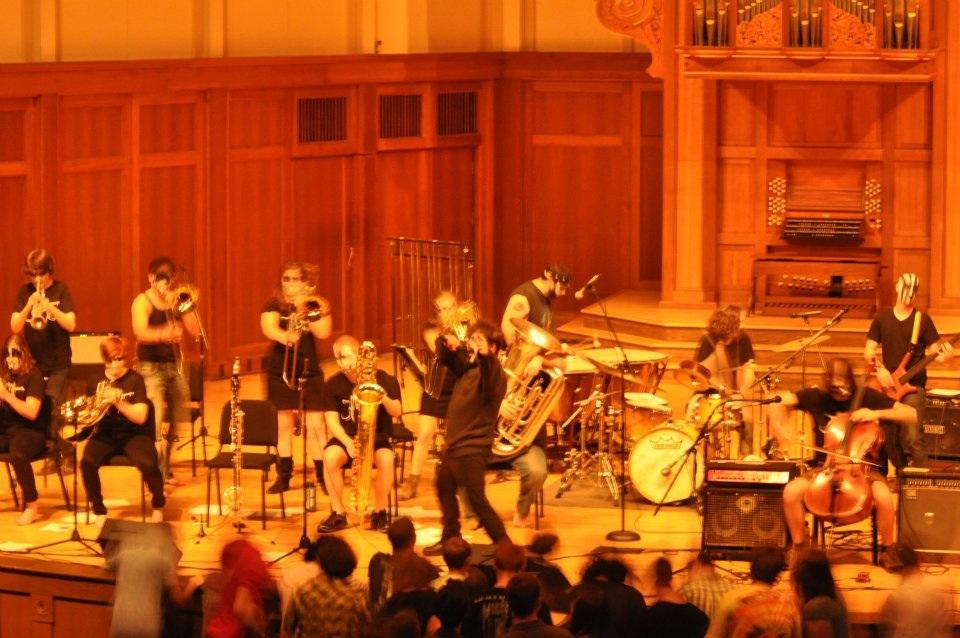