Across the pond: new adventures ahoy! 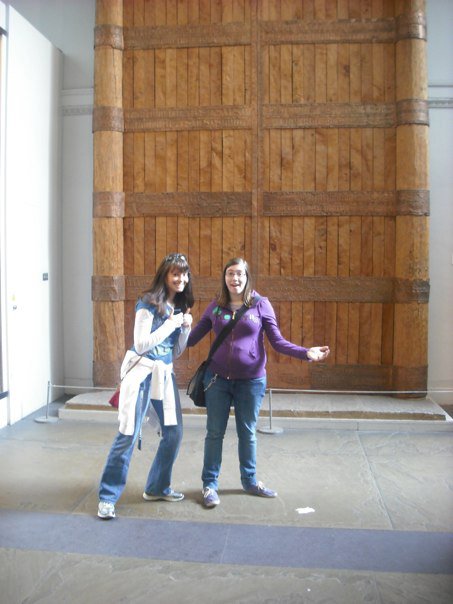 We have been in London a little over a week and every day has been filled with all sorts of adventures and fun, including getting lost, getting to know our neighborhood, meeting new people and going on all sorts of scheduled tours. As it is my first time abroad, I have been trying — not always successfully — to see new things and have a bit of an adventure every day. Planning outings is all well and good, but recently I have discovered that just picking an area without an agenda is a great way to spend a day or an afternoon.

We were leaving the British Museum, which in its own right was a great place to see, and decided that we had some time to kill before we needed to get back to where we were staying. It was then I suggested that we choose a random tube stop on the Piccadilly line and just get off and have a look around. After choosing the stop – Arsenal — we made our way there and began wandering around.

The main local attraction was the Emirates Stadium, though without a game going on the neighborhood was very much quiet. The stadium was beautiful, and we decided that if we could we should go to a football game there. In our exploration, we also found a small park. But all in all, we were thinking of calling it quits on our mini, unplanned trip. Being hungry, we decided that we would just find a place to get a quick bite.

It was then that we found the coolest little restaurant, Café Park. The place itself was simple, but the food we ordered was good, and it was really exciting to discover a new place. The owners were really nice, and since it was slow — the place fills up when there’s a football game, but not so much on off days — we even got a bunch of protips about the area, including a sweet tip about a local market.

Our conversation was really fun and interesting; we discussed cooking, traveling and generally had a good time, with each person swapping stories, from Italian vacation stories — which we were very eager to hear, seeing as we booked a 10-day trip there for our break — to stories of how we had all learned to cook.

Café Park was around before the stadium was completed, and stayed around throughout its construction; our new friend Chris told us that she thought it was really exciting to watch the whole process. Most of the décor fits the theme of the stadium and football in general, since football is a huge part of their lives.

It was really nice to talk to one of the people that worked there; they were welcoming, and we are definitely going to make our way there to check out all the things that we were told about and visit Café Park again!