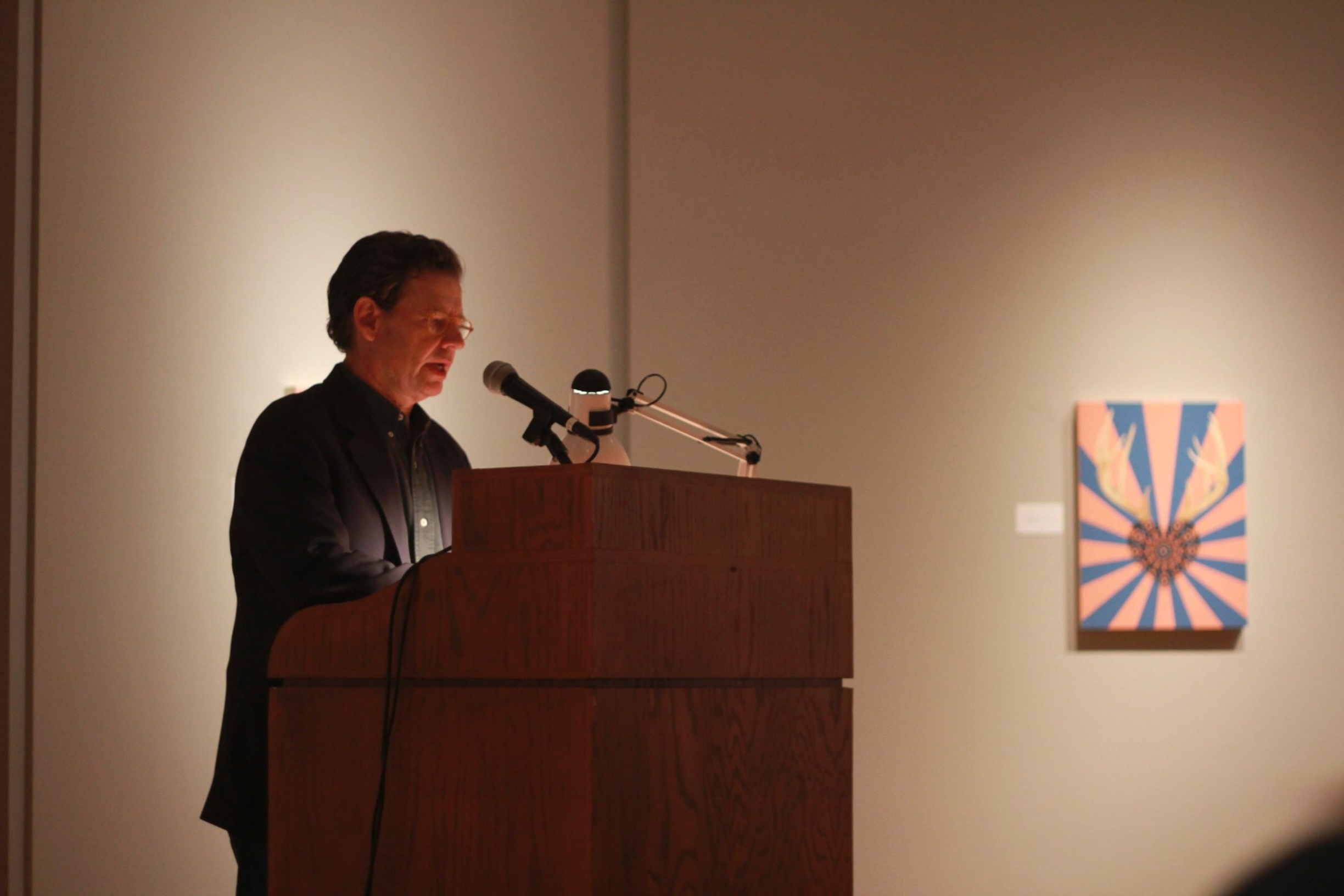 William Fuller is not a normal poet. He doesn’t regularly give or attend readings, he is not an academic and he does not have any particular goals. His style is experimental, instinctive and ever-changing, and his prolific writing career has always been coupled by an equally successful one in business. Fuller, a 1975 alum, put his paradoxical life and work on display on Tuesday May 2, hosting an afternoon Q&A session in Main Hall and an 8 p.m. reading in Wriston’s Kohler Gallery.

Faced with many questions about his double life as internationally renowned poet and senior vice president and chief fiduciary officer of The Northern Trust Corporation, Fuller painted a picture of career co-habitation during his Q&A. He explained that his prolificacy in poetry is founded in the balance set up by his work routine. Exclaiming that he needs “energy of daily life” to propel his writing, Fuller treats his complexly imaginative poetry as a sort of intense hobby that he practices on the train to work.

As a result of his entangled successes, many of Fuller’s poems reflect his life outside of the literary world, physically taking on the shape of a long train ride or utilizing language from his trust fund dealings. Indeed, many of his poems use the tone of a memo, as Fuller twists, parodies and incorporates his work at Northern Trust.

Furthermore, as seen in his latest collection, “Hallucination,” Fuller obsessively parallels verse and prose writing. Laughing that his wife thought there was too much prose in the collection, Fuller briefly explained the way he sets up his manuscripts, always retreating back to instinct.

Calling himself a “completely instinctive writer,” Fuller answered many questions by saying that he does what feels right to him: “I don’t have a goal,” said Fuller, who joked that he included large amounts of prose in “Hallucination” because it seemed more “economical.” That being said, while much of Fuller’s Q&A left the poet-business man scoffing at notions of seriousness in either career, it is evident that the Lawrence grad is keenly devoted to creating what he calls “immaculate texts.”

From his idiosyncratically interwoven images and allusions to his blending of literary genres, Fuller not only does what makes sense to him, but tries to “not make sense in a compelling way.” Fuller’s poems have a tendency to go in many directions as he undoubtedly struggles to write a “normal” poem. Yet, the former Renaissance-specific English Ph.D. student’s absence from normalcy is just part of a meticulous writing process that culminates in lengthy revisions.

Alluding to obscure African musicians and Shakespearean characters alike while continuously morphing his phrasing, Fuller’s compulsive, revisionary texts come at you from multiple angles. Moreover, due to the cloudy acoustics of Wriston’s gallery space and Fuller’s quick paced delivery, attendees of the Chicago poet’s reading were left to decipher specific images and names from Fuller’s barrage of language, allowing listeners to pluck out linguistic and symbolic vignettes for themselves.

Overall, Fuller’s stay at Lawrence allowed students to peer into the life of a poet, albeit an abnormal one. Along with reading from “Hallucination,” the soon-to-be-published “Quorum” and a new untitled collection, Fuller spoke about Sir Thomas Browne, the Language poets, Emily Dickinson and, of course, trust funds. Yet, in the end, it’s evident that the instinctive Fuller is a type all his own.