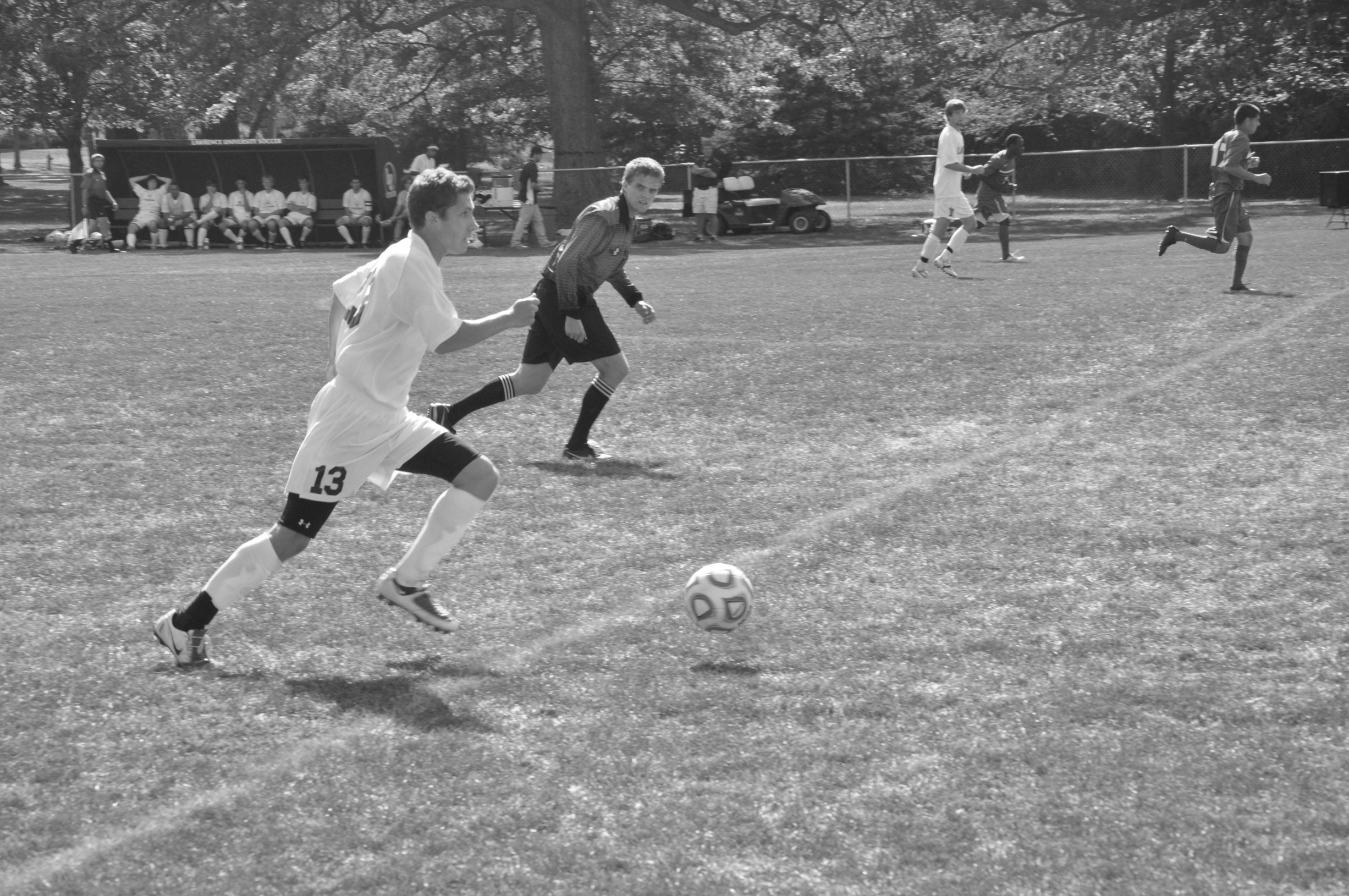 A weekend of competition at Lawrence University’s home territory, Whiting Field West, left the men’s soccer team with a 3-3-1, 1-0-1 MWC record after their victory over Illinois College and a tie with Knox College.

The men took down Illinois College (4-2-1,0-1-0 MWC) 2-1 on Saturday. The Illinois Blueboys began the scoring in the 17th minute, but Lawrence’s junior Cameron Pieper responded at 30:28 with a goal of his own, assisted by sophomore transfer standout Stephen Salansky.

The Vikings scored again to secure the lead at 61:32 with a goal by sophomore Darry Israel, who joined the team this year. Israel received assists from junior Erich Lohrmann and Salansky. Another first-year Lawrence player, senior goalkeeper Kevin Aslett, made three saves to pick up the victory. Aslett transitioned to the soccer field this season after playing for the men’s hockey team the past two years. In all, Lawrence controlled play with 12 shots on net against IC’s four.

The Vikings were back in action on Sunday in another Midwest Conference game against the Knox College Prairie Fire (2-3-1, 0-1-1), which ended in a 1-1 double-overtime tie. Lawrence senior Michael Kumbalek scored off a rebound for the Vikings to take the initial lead at 21:41, his first career goal.

Junior Daniel O’Mahoney’s assisted the goal off of a free kick. Knox did not even the score until 52:37. However, after 38 minutes of regulation time and 20 minutes of overtime, neither team sealed the win and the game ended in a 1-1 tie. Lawrence dominated 15-6 in shots, but both teams had only three shots on net.

Sophomore spectator Peter Emery commented, “The game was back and forth, with a fast paced, high action tempo. Lawrence dominated the play, but they just could not seem to find the back of the net. It was an exciting game and I would love to see a rematch with LU getting the deserved victory.”

Emery, who is also Aslett’s hockey teammate added, “Kevin Aslett looked magnificent in net with a great transition from the ice to the soccer field, and his faux hawk looked awesome too.”