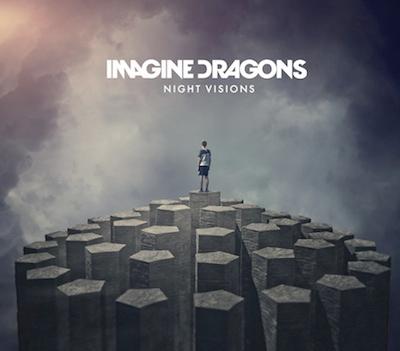 The Alt-Rockers known as Imagine Dragons have truly outdone themselves in their debut album, “Night Visions.” On lead vocals, Dan Reynolds has a surprisingly melodic and skilled voice, akin to Young the Giant’s lead singer Sameer Gadhia or Julian Casablancas of the Strokes. Combining Reynolds’ voice with the rest of the band’s complex melodies produces pure excellence in every track.

Throughout the album, the listener can almost feel the seedy underbelly of the Las Vegas the band is writing from, especially in tracks such as “Demons” and “Tiptoe.” Overall, “Night Visions” is reminiscent of a darker and more dramatic version of Young the Giant’s debut album. The band produces almost apocalyptic symphonies of rock in hits such as “Radioactive” and “Bleeding Out,” then seamlessly slipping into a happy-go-lucky Foster the People style for hits like “On Top of the World” and “It’s Time.” Astoundingly, tracks like “Bleeding Out” are raw with vocal emotion without overpowering the guitar and percussive melodies.

Perhaps even more impressively, “Night Visions” unabashedly experiments with the band’s sound. Although Imagine Dragons’ go-to melodies can often be likened to a mixture of Coldplay and Third-Eye-Blind, “Night Visions” takes advantage of Daniel Platzman’s extraordinary percussive skills to produce a variety of genres. The intro of “Underdog” contains a slight East-Asian influence and then rapidly shifts to emulate power pop band HelloGoodbye through an almost overly synthesized melody. However, the use of electric guitar and subdued synth in “Hear Me” is reminiscent of a mixture of the later styles of Beck, Muse and The Killers.

The album’s token 8-10 minute track “Nothing Left to Say/Rocks” is surprisingly well composed despite its length, moving from the 6.40 second long section that evokes helplessness in its solemn melody and desperate vocals to the standalone section christened “Rocks” that almost makes the listener feel the late afternoon sunshine on their back. In fact, my biggest complaint with the album is that “Rocks” is combined with “Nothing Left to Say.” The second half of the track’s use of African-esque drumming techniques layered over Edward Sharpe and the Magnetic Zeros-like vocals creates one of the best percussive/vocal combinations of the entire album.

Overall, Imagine Dragons does an excellent job in all aspects of their album. Dan Reynolds, much like Muse’s lead man Matthew Bellamy, has a voice that could easily stand alone and complement any group. However, the other three members, Wayne Sermon on guitar, Ben McKee on bass, and Daniel Platzman on drums, have succeeded in cementing a unique, expressive and impressive sound for the band early on. While “Night Visions” is extremely impressive for a debut album, the band would do better to stay away from the HelloGoodbye power pop style of “Underdog” in future albums. Imagine Dragons have proven they do not need to rely on synth/pop to get their melodic message across. Many of their songs are too raw and expressive on their own to profit from the use of synth.

On the whole, “Night Visions” is a rousing success of a debut album and promises listeners nothing but excellence to look forward to in the band’s future work. If you need yet any more reason to check them out, keep a look out for their track “It’s Time” in the upcoming movie “The Perks of Being a Wallflower.”