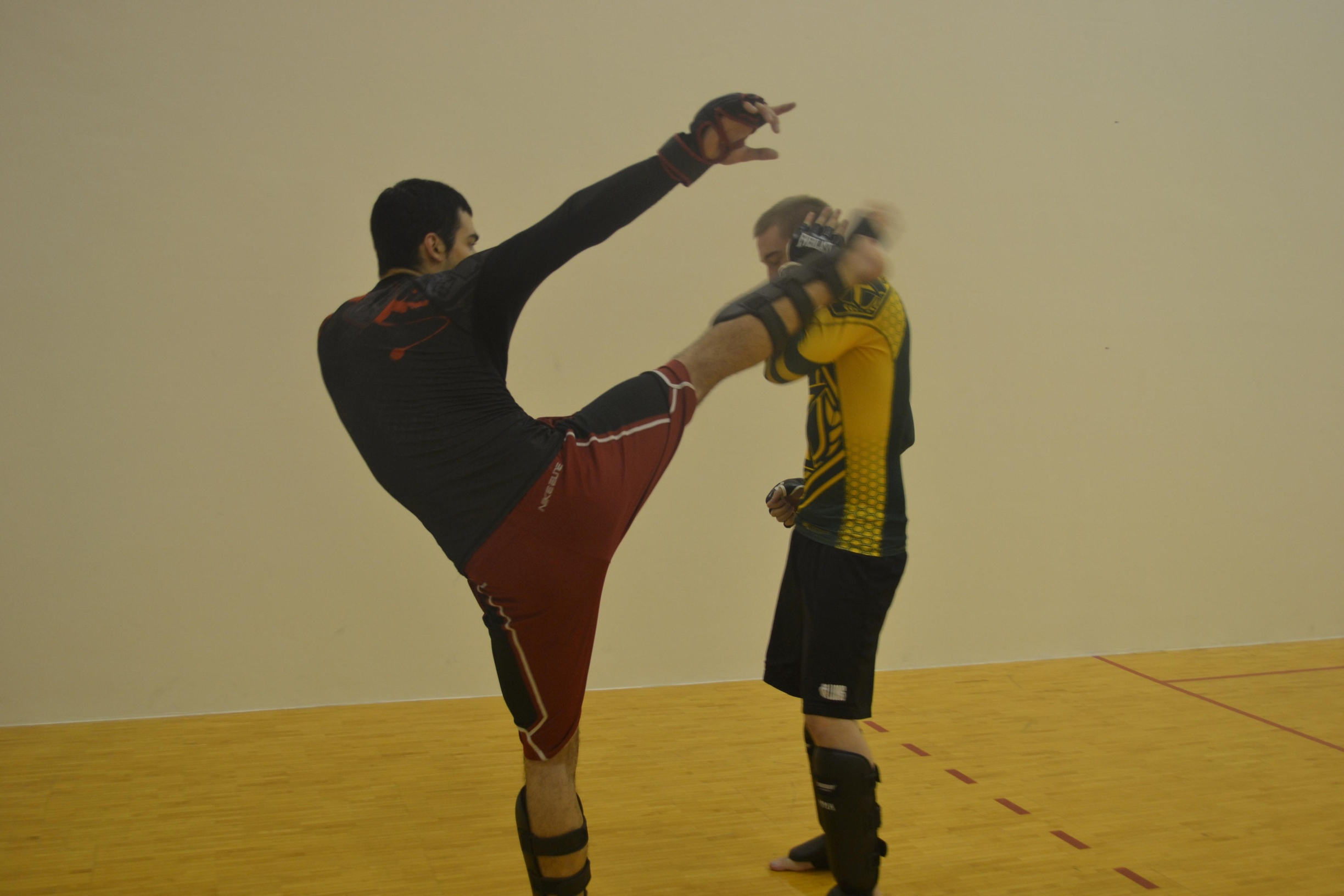 As the school year commences and the workload begins to pile up, Lawrentians are finding it difficult to find an outlet with which to release their stress from their academics. Fortunately, our campus is now given the opportunity to release stress through a series of Muay Thai and Brazilian Jiu Jitsu.

Muay Thai is a standing sport similar to western boxing, while Jiu Jitsu is a ground sport that features a lot of grappling, chokes and submissions.

Starting last year, sophomore Connor Beaulieu, with the assistance of sophomore Carl-Christian Valentin, started a class that teaches students basic and advance techniques in these martial art styles. These techniques offers a real way of defending yourself in certain situations. According to Beaulieu, the difference between Muay Thai and Jiu Jitsu and other martial art forms is the fact that they are very efficient and aggressive.

“Muay Thai is more efficient that most martial arts,” said Beaulieu. “There’s no flash and no fluff. It’s very practical. It takes away that belief that people can project energy into certain moves and try to style it and all that silly stuff.”

It is also more aggressive than a lot of martial arts because unlike taekwondo, kung fu and karate, which is mostly tournament-based, while Muay Thai and Jiu Jitsu is a direct contact sport which focuses on defensive and knock outs.

“Everything that’s defensive has an offensive component to it,” said Beaulieu. “Basically, it takes what works and make it better.”

Beaulieu’s classes initially started as bonding time with him and his roommate last year, and then grew into something much larger. He started teaching his roommate and a couple of his friends and as time progressed, more people became interested.

“Funny enough, my friend, who is a Theta, started coming to one of the classes and then the following class she brought, like, nine thetas,” said Beaulieu. “And all of a sudden, I was like teaching about 20 people.”

“I was friends with Carl and Connor and it’s always something that I was interested in.” said senior Ashley Heun. “At first it was very intimidating because it kind of seemed like a boys’ club, but they were very welcoming and supportive.”

The class itself ranges from beginners to advanced learners and despite the wide range of levels, Beaulieu and Valentin must have patience to make sure their students get each move down pat.

“A lot of people who teach Jiu Jitsu or Muay Thai would give you certain names that make the moves sound fancy and technical,” said Beaulieu. “But the way I see it, I just want the students to understand how the body is supposed to move and understand how to move opposite or have it move correctly.”

In addition to understanding certain moves and positions, the class also features workouts before and after students start grappling. These workouts help to improve people’s ability to perform each move correctly.

“It’s a very intense workout,” said Heun. “I know I’m going to be ready to feel the burn once I get back into it.”

Even though this class is intense, Beaulieu does not want Lawrentians to be intimidated by it. Some of the main purposes of these classes is to gain a lot of confidence, physical fitness and, most of all, stress relief.

“It’s good for you. It’s the same effect as yoga, dancing or whatever,” said Beaulieu.

“You relieve a lot of your stress punching pads and kicking each other without actually hurting anyone,” said Heun. “Especially last year, since we joined before we had midterms and finals. It’s good to come down here and have an hour or an hour and a half and take out all your frustrations from studying or whatever going on in your life.”

Although this class is currently meeting unofficially, it will begin having an official schedule starting winter term. They currently meet on Tuesdays, Thursdays and Saturdays at 4:30 p.m. in the multipurpose room.