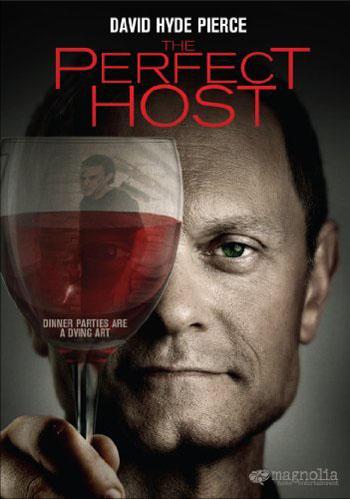 Like many others, I came in to this new year with a resolution to better myself: I was determined to become a much more positive person, one who looks for the good in every little part of life and tries to ignore the bad as much as possible. It has been less than a month and-thanks to “The Perfect Host”-I already find myself being tested.

I would like to say that I enjoyed “The Perfect Host,” or even that I found it adequate, but that is simply not true. I spent the vast majority of its 93-minute runtime suffering and wondering why Netflix would recommend such deficient cinematic fare to me.

I would like to say that the story in “The Perfect Host,” in which David Hyde Pierce plays a man who finds an unexpected houseguest at his door step and proceeds to take him hostage, was amusing or at least intriguing, but it was neither. Though Writer/Director Nick Tomnay tried very hard to expand his intelligent, humorous and unique short film “The Host” into a feature-length motion picture, he seemed incapable of stretching the content effectively or creating interesting twists and turns. When such twists did arrive, they were less exciting than baffling.

I would like to say that David Hyde Pierce did a good job in the starring role, breathing life into the character of a lonely man looking for company, but this would also be unfortunately false. Pierce-who co-starred in the popular nineties sitcom “Friends”-usually has impressive command over his acting abilities and rarely allows his own cognition to remove him from a scene, but he seems to be constantly grasping at straws during “The Perfect Host.” Something-perhaps Tomnay’s addled script-seems to have prevented him from grasping the character with his usual dexterity.

I would like to say that cinematographer John Brawley, who seems to have done little else of note thus far in his career, did an exceptional job at bringing the story to life with his enticing visuals, but every shot in the film felt mellow and uninspired. He did an adequate job of keeping things both in frame and in focus, but never moved beyond those basic technical acts to produce art in his job.

Perhaps the nicest thing I can say about “The Perfect Host” is that it knew exactly what it was. There was not a single moment in the film, despite its confusing plot, dull cinematography and shockingly underwhelming acting, that feels like it could have come from anything else. When the film succeeds at telling a joke or thrilling the viewer a little, it’s a fun little ride-but those moments are far too few and far too distant from one another to ever create a completely joyful experience.

Update: Pierce was not in “Friends,” but “Frasier.” I apologize for the inaccuracy.