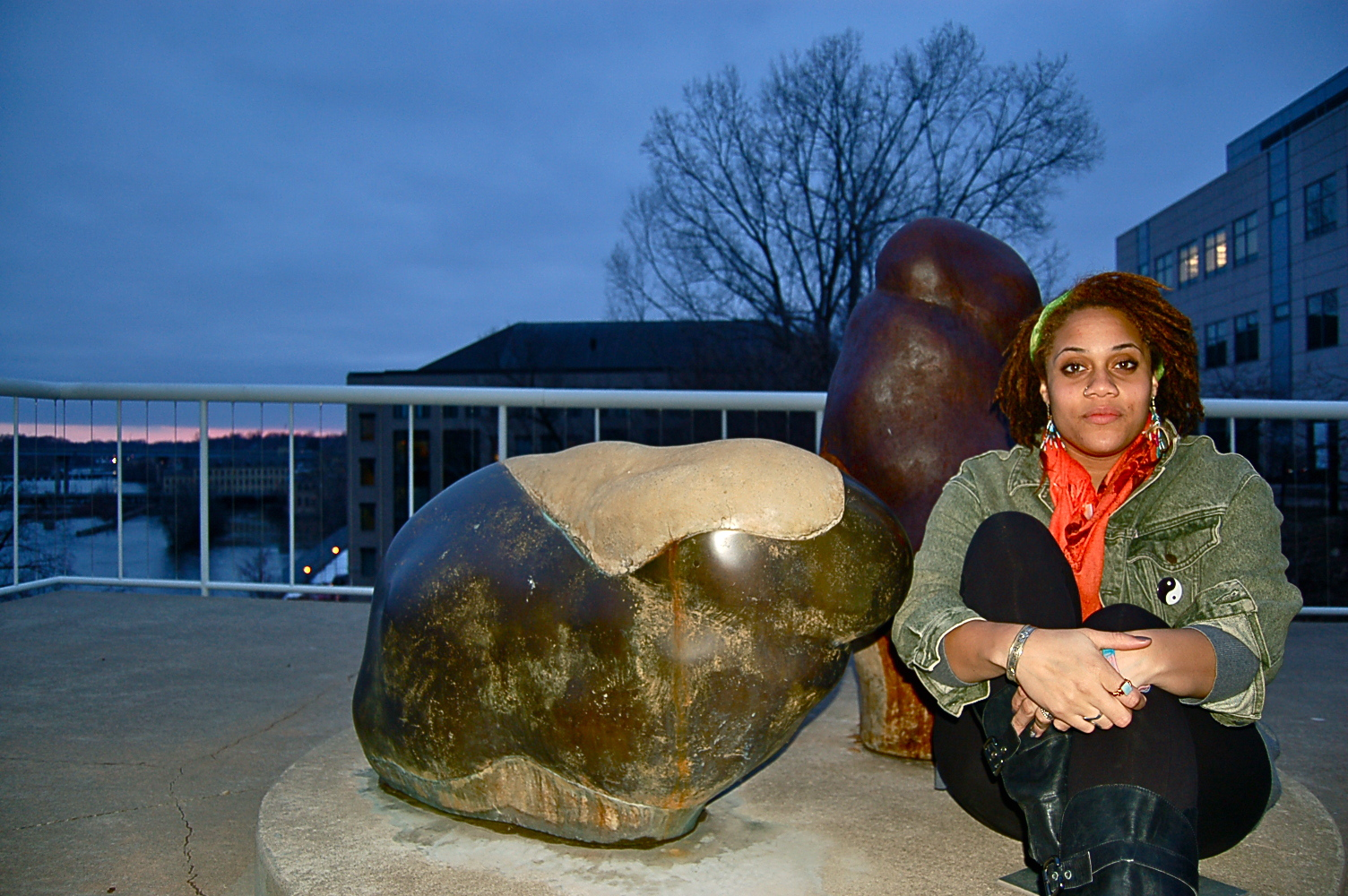 Arriel “Azati” Williams’ term has been everything she’s wanted it to be. She tried out for roles in various campus productions, and landed the two she really wanted — Judas in “The Last Days of Judas Iscariot” and a monologue in “Features of a Small City.”

“The Last Days of Judas Iscariot” is a full-length production, reenacting the story of Judas from the Bible, who betrays Jesus. The plot is based around his sin. “We see Judas in a catatonic state,” said Williams, “because he is afraid to go to Hell.”

“Features of a Small City,” contrary to “Judas,” is a series of one acts. It was written by another Lawrentian, Sasha Johnston and her father. Each vignette is centered around what Williams calls the “culmination of relationships” and is set in New York City, which is ironic considering the play’s title. But Williams says that the “dramatic scenes focus on emotion more than anything. The city is only referred to a couple of times as a backdrop.” The one acts include monologues, collaborative skits, live music and dance.

Williams said that it’s been a pleasure of working with Johnston, with whom she is very close friends. “I take directions well, and our chemistry is great. [Johnston] is adamant about what she wants, but in a very positive way. She wants to present her story the best she can, while bringing out the best in everyone else.”

Williams’ presence in these two productions highlights the versatility of her acting. The approach she takes is very different in one acts than in larger productions. “I am much more critical of myself when performing one acts. I have a lot less time to communicate to my audience who the character actually is. I have to do it in a monologue over the course of six minutes.”

“Judas” is more of a team effort. Williams says that she must “understand the dynamic of the scene and feed off of the other cast members,” rather than internalize the essence of a character all on her own.

Character development is a process that is very important to Williams as an artist and as a person. She prefers to develop her characters while she is alone, but she is very open to taking suggestions from the director and then revisiting the concepts in her privacy. “I do a lot of meditation on the development of my characters through thinking, breathing and reading. As an English major, words mean a lot to me.”

Williams spoke further about reading: “When you read, you learn a lot more about yourself, and the more you know about yourself the better you will be able to embody your character. The deeper you delve into your own spiritual journey, the better your acting will be.”

Williams started acting in high school, and she has since expanded her acting repertoire, landing roles in “The Vagina Monologues,” “The Wedding Band,” “For Colored Girls Who Have Considered Suicide when the Rainbow is Enuf” and other parts in a number of senior projects. She still keeps in touch with her high school director, serving as his TA during breaks, where she gets some more acting tips to further hone her skills.

Williams looks forward to her performances in “Features of a Small City” on Feb. 17 and 18, and “The Last Days of Judas Iscariot” on March 9 and 10. She is also enthusiastic about opening others up to their spiritual selves through the arts and is planning on creating a spoken word and poetry group on campus.