The secret lives of our profs: Professor of English Celia Rasmussen 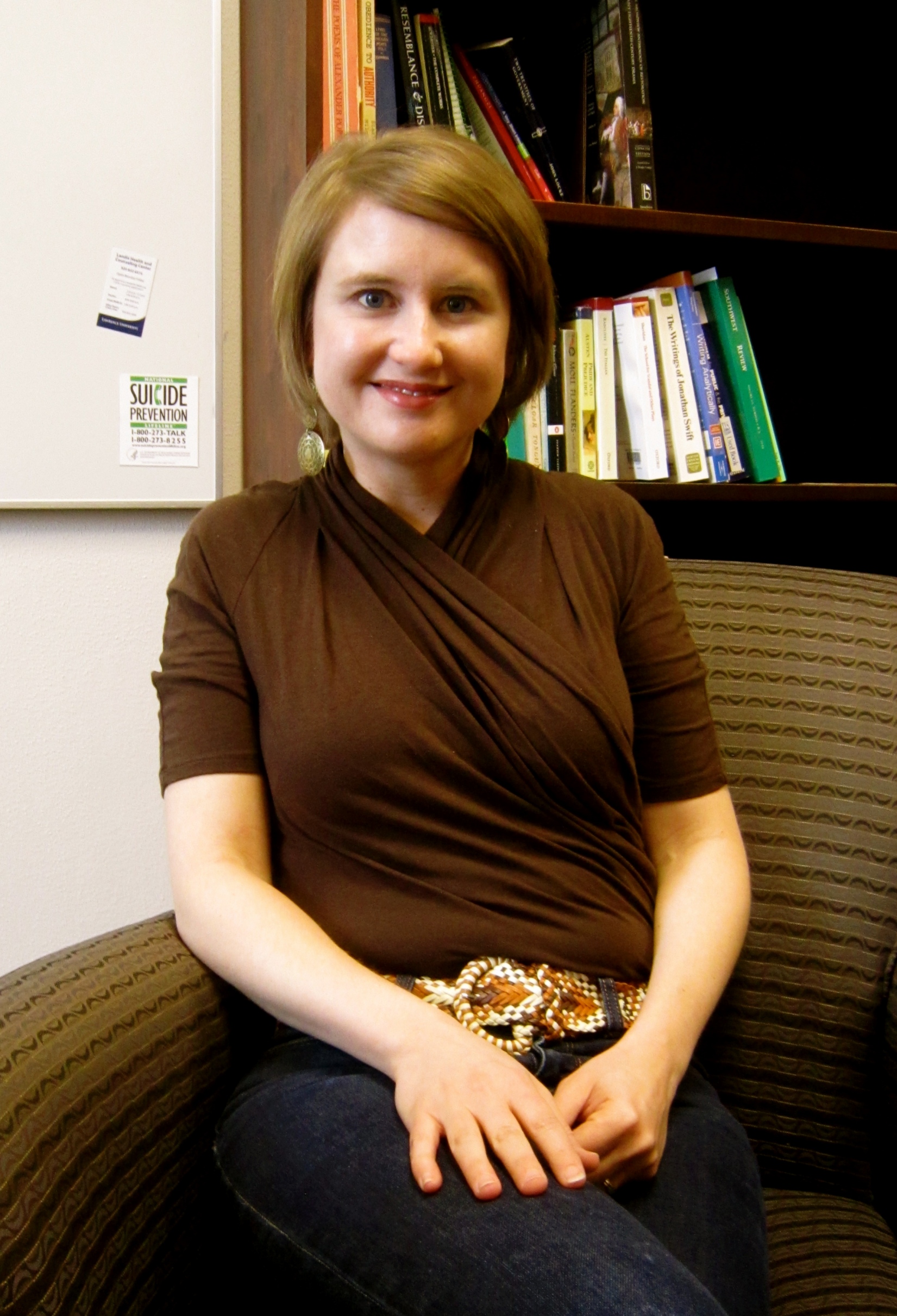 RY: How did you become interested in English and writing?

CR: I went to the college of William and Mary in Virginia, which has a liberal arts tradition. I majored in English there. When I went to graduate school, I was going for a degree in English, but I didn’t really know what I was doing, and I ended up dropping out for a bit and finishing later. I finished up my degree in California after moving there with my husband, and now that I’ve gotten the position at Lawrence, he’ll be moving here with me this summer.

RY: What is your field of interest in English?

CR: 18th century British literature. Get excited! I think the 18th century is a wacky time period. When I took a class in college on 18th century British literature, it seemed very stuffy, and it has always been touted as the ‘age of enlightenment.’ But when I really started studying it, I realized that there was more than one way to look at the time period. As my students in English 450 will tell you, it’s a period that had a mix of very high culture and low culture. It’s also very alien. I think that makes it a challenge to teach as well, because although English majors love to read, an 18th century novel is difficult. It’s fun to expose students to something that’s alien, though, and to get them to read for the unfamiliar as opposed to reading for something that they identify with. Reading 18th century British literature is a different way of reading, and I think it’s a great way of looking at literature. So often we read for plot or we read for characters, but in one of my 18th century classes, you have to come to the texts, they don’t come to you, and they’re challenging. I find challenge interesting, and Lawrence students definitely do too— they’re always up for a challenge.

CR: Oh, that’s really difficult! I have a favorite that I would like to teach in the future, but I can never think of how to teach it. I love Laurence Sterne’s “Tristram Shandy.” It’s this crazy book that’s full of footnotes and it’s been hailed by many as the quintessential post-modern 18th century text. Though I don’t know how I feel about that label, but it is this wacky, alien book. It’s also very long, however, which is always the problem with books from this period. I can never think of how to incorporate it into a course. It’s so allusive, and it’s a difficult text because it’s hard to relate to other texts. But it’s hilarious! So I’d love to teach that, and maybe someday I will subject students to it. In my class now, we’re just starting up with a novel by Francis Burney called “Evelina,” which I love. I haven’t read for pleasure since graduate school-I’ve been trying lately, but my friends and I used to joke that graduate school kills your desire to read for pleasure. If I have time to watch “The Biggest Loser,” though, I probably have time to read for pleasure! I do tend to love comic novels though, like “Catch 22,” though I haven’t read it in 7 years or so.

RY: What do you like to do to relax, or what hobbies do you have?

CR: I watch way too much trashy television, like “The Biggest Loser.” Any self-improvement reality show, I’m all about it! “Project Runway,” “Top Chef,” I love all of those like that. I also like to listen to music, and I usually look to my husband and a couple of friends to keep me relatively up to date. I like Modest Mouse, Wolfprey, The New Pornographers, Neko Case, and Broken Bells. Sometimes I don’t feel very up to date, like I’ll hear a song, but I won’t know who the artist is! I did get into hiking a little bit when I lived in California, but I’m not overall really an outdoors girl.

RY: What do you like about teaching at a small liberal arts school?

CR: I didn’t always know that I would teach at a small liberal arts school, only because of the way the job market is— you can’t have your heart set on any particular place. However, I’m so grateful to be at Lawrence. The students are so intellectually curious, and I think that kind of curiosity is difficult to come by in higher education these days. I don’t want to be cynical, but I think that many students now think of college as a kind of job training, and I don’t see that here at Lawrence. Students genuinely want to learn in a liberal setting, which I really respect and appreciate. It makes my job so much easier and richer. I have a lot of fun in the classroom. It is difficult to get used to the trimester system, but I think that I’m learning how to do more with less, and the students aren’t exhausted by the end of the term — the energy stays high.