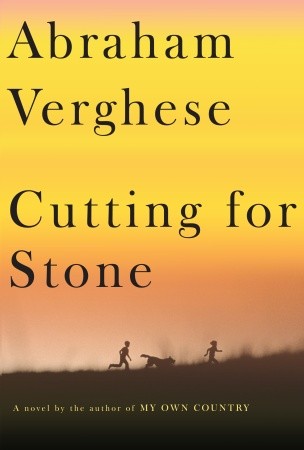 Abraham Verghese’s novel “Cutting for Stone” chronicles the lives of twin brothers growing up in a Mission Hospital in Addis Ababa, Ethiopia, as the country is caught in the turmoil of revolution.

The twins, Marion and Shiva Stone, live with the head nurse and surgeon of the hospital, but they do not know their parents: Their Indian mother died in childbirth and their father, a brilliant, legendary British surgeon, fled after failing to save her. Nobody has seen him since.

As the twins grow, their different pathways become clear. Marion, always more grounded in reality, heads to medical school and New York to follow in his estranged father’s footsteps as a surgeon. Shiva also follows a path of medicine, but his suits his more ethereal personality: He works in the world of research and charity, searching for cures and trying to help his native Africa.

As they get older, Marion and Shiva, inseparable as children, are driven apart by their love for the same woman, but their bond proves unbreakable when tragedy strikes and Shiva joins Marion in New York.

“Cutting for Stone,” though not a long novel, has the feeling of an epic, covering the lives of Marion and Shiva and the lives of those around them as well. Verghese weaves history and culture into his story in such a way that the reader hardly notices. Yet his casual inclusion of the revolution in Ethiopia and of the cultural aspects of the characters’ lives enriches the plot and adds depth to the coming-of-age story.

The book also deals heavily with doctors and medicine. Verghese himself is a physician and his expertise is evident in his novel. The text is riddled with descriptions — ranging from interesting to slightly gross — of medical procedures and mishaps, and the title comes from the Hippocratic oath.

Considering the book a while after having read it, I started to notice a few elements that didn’t quite succeed. There is a subtle supernatural element that is never quite developed, and some of the plot elements seem a little forced, especially once Marion leaves Addis Ababa for opportunity-rich New York.

But none of these small flaws bothered me at all while reading the novel. Verghese’s world is not quite perfect, but in that sense it mirrors reality. The incompleteness of some of the plot elements and dead-end storylines reflects the unsatisfying nature of life itself.

Not to say that the ending isn’t satisfying: I thoroughly enjoyed “Cutting for Stone” and regard it as one of the more complete works I’ve read recently. The story is so sweeping — stretching from India to Africa to America while dealing with birth and death and marriage and love — that I couldn’t help but be swept along with it.