Cabaret displays plethora of cultures through music and dance 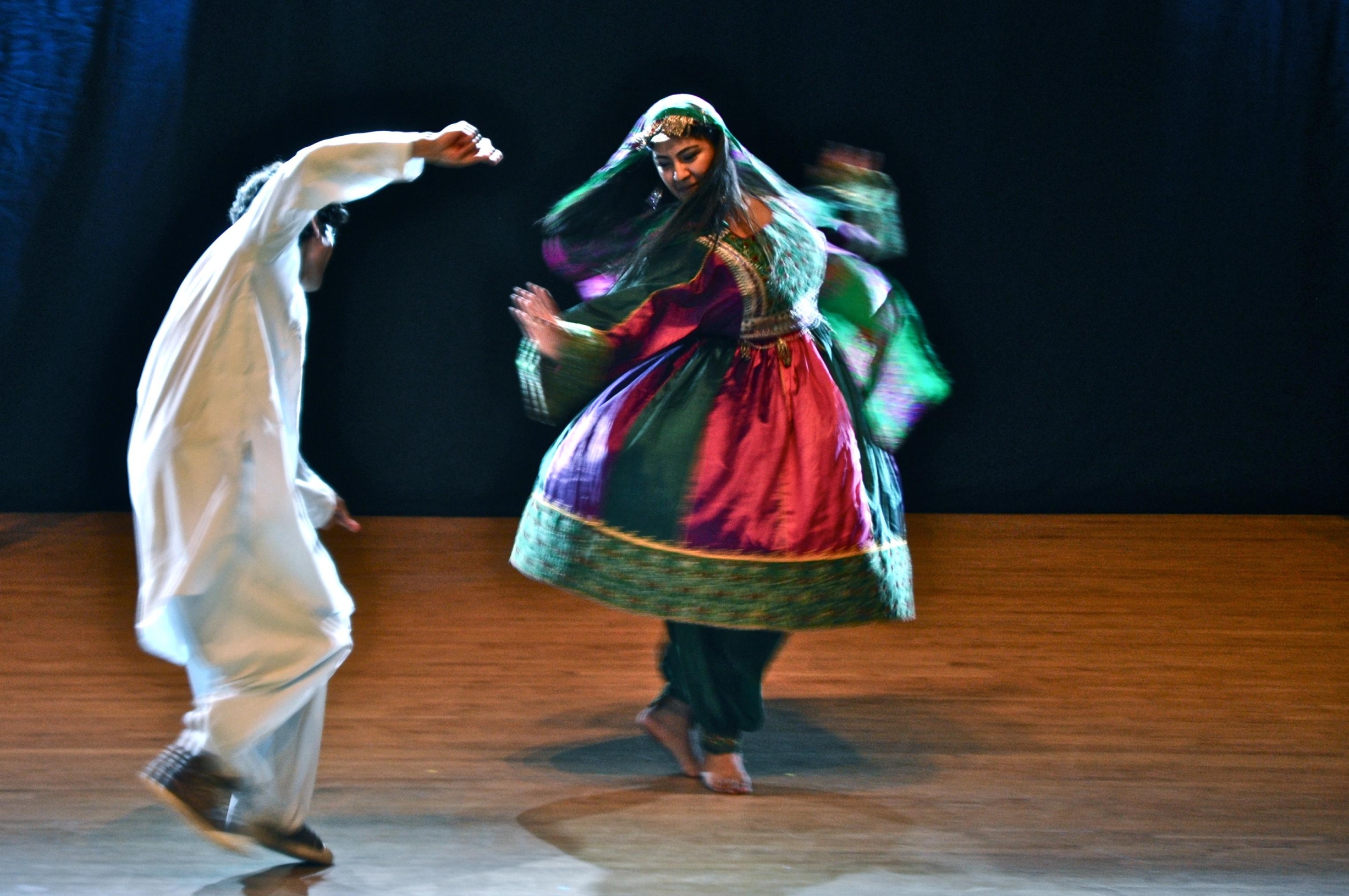 As 24 drummers quickly flooded the chapel stage, having no fear about producing the most sound out of their instruments as possible, Lawrence International’s Cabaret show had begun.

The Brazilian Sambistas, along with an array of streaming colored lights, whistling and dramatic drum crescendos, introduced the audience to the first act.

Following the Sambistas, K’naan’s song “Wavin’ Flag” played as the executive board introduced themselves to the audience and lit candles in order to “bring light to the Fox Valley and Appleton communities.”

The performance consisted of ten dances, seven music performances and one fashion show.

Planning for the event started at the end of fall term when Khan informed international students to bring costumes from home after winter break, as it is extremely expensive to purchase them in the United States. Some groups even started practicing in January for two hours a day.

Khan revealed that planning for the event was difficult initially because the board “is made up of 10 people all from different countries, each with their own cultural work ethic.” But as the planning progressed, Khan realized “how willing people are to learn from each other.”

The event included various dance performances such as, “Dances from the thirteenth month of Sunshine,” a dance from Ethiopia that included the continuous twirling of green and black umbrellas, and “Los Citos,” an eclectic mix of dances from the United States, Brazil and Peru performed by two couples.

It also showcased “Dragon Heel,” a Taiwanese mix of traditional baroque piano played by two performers on pianos facing each other with a violinist separating them, and electronic pop beats as a backdrop.

Huma Hakimzada, a junior at Lawrence, led and choreographed the Afghani dance. She relayed that Afghani dance is different from most dances, such as Indian, in that it is not usually choreographed and usually is performed by the public at weddings or parties. To face this challenge for her choreography, Hakimzada used many YouTube videos for inspiration.

Said Hakimzada, “What I aimed for people to know is that Afghanistan is a very colorful country,” she continued. “There is a lot more to it than the war and the problems that we are facing now.”

The fashion show, representing fifteen foreign countries, such as Trinidad, Pakistan and Botswana, consisted of about 40 models.

The models included the children of the friendship families that international students receive upon arrival at school.

Khan explained, “The families want to be a part of the culture from where their students are from.”

The emcees for the event were senior Geneva Wrona from Chicago and Maria Deblova, more commonly known as Masha, an exchange student from Russia.

Khan revealed that picking the emcees was “one of his most difficult decisions.” However, the two turned out to have “different personalities that gelled together very well.”

After attending Cabaret for the first time, freshman Christina Schaupp said, “The performance was a lot more intricate than I expected, and it caught me by surprise how much work and effort went into the show.”

Sophomore Alyssa Villaire, a member of the half of the dancing population that was not comprised of international students, relayed to Hakimzada on the day of the event that it is amazing how well one gets to know her friends when she is dancing with them.

Hakimzada responded to the ever-present “Lawrence bubble” phenomenon when she stressed, “Yes, we are in the Lawrence bubble, but the bubble covers a huge chunk of the world.”