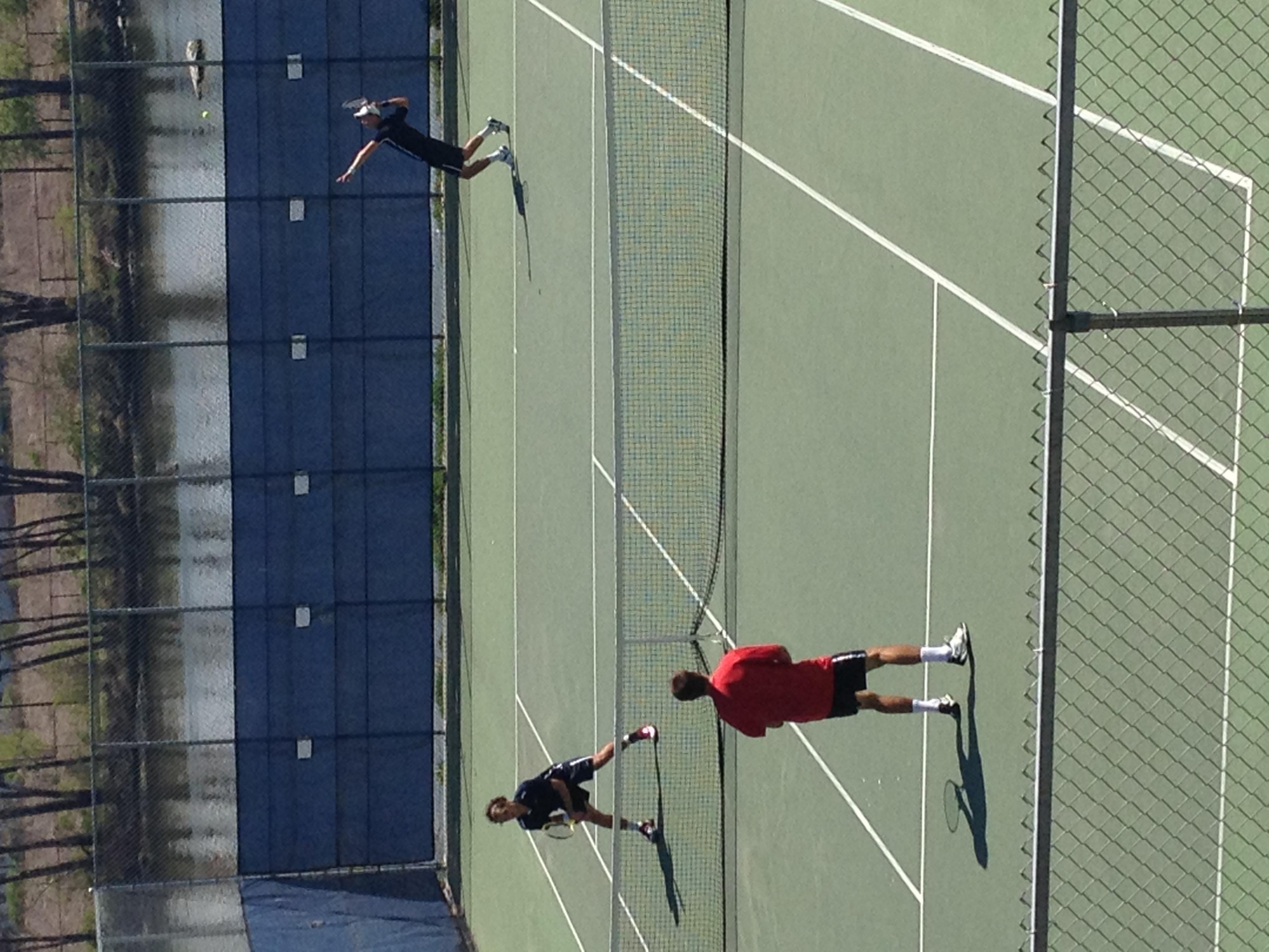 Last weekend, April 14-15, the Lawrence University Men’s tennis team played two matches versus Grinnell College and Ripon College. The Vikings were defeated 8-1 by Grinnell on Saturday afternoon on the Lawrence courts, but came back on Sunday to completely shut out Ripon with a 9-0 victory in their first conference match.

The match against Grinnell on Saturday afternoon was tough for the Vikings. The only win for the day was at No. 1 doubles, in which Jason Dunn and junior Max Zlevor defeated Grinnell’s Michael Cole and Elliott Czarnecki in a close match, winning 8-6.

There were several extremely close sets, but Lawrence was just unable to take those wins. At No. 2 singles, Zlevor played a close match against Grinnell’s Eric Ritter. Zlevor was down after the first set after a 3-6 loss, but came back strong in the second. The men battled back and forth for the entire set until Zlevor finally fell (11-9) in the tiebreaker.

Senior Caleb Ray fought hard at No. 3 singles. He won a close first set 6-4, but Grinnell’s Daniel Nellis came back in the second set to win 6-3. The two battled for the tiebreaker, but Ray came up just short of a victory, losing 8-10. The Ray/Craig Sherwood doubles duo also had a notable performance in the No. 2 doubles competition. Again, the competitors fought it out until they were tied 8-8, and Lawrence fell in the tiebreaker (2-7).

Sunday was a different story for the Vikings. Jeremy Andereck started off with a big 6-0, 6-0 win at No. 6 singles, setting the tone for the rest of the day. Cooper Smith followed close behind at No. 4 singles with a 6-0, 6-1 victory over Ripon’s Brian Schumacher. The rest of the day was a breeze.

Dunn and Zlevor played a close No. 1 doubles match against Grinnell’s Eric Seiler and Sam Ewig, but pulled ahead to win 9-7. Other notable victories include Cooper Smith and Jeremy Andereck’s shutout at No. 3 doubles, defeating Grinnell’s Schumacher and Slowinski 8-0, as well as Ray’s 6-2, 6-1 win at No. 3 singles.

The Vikings now have a record of 8-11 for the year, and are undefeated (1-0) in conference. They will play two important conference matches next weekend against Carroll and St. Norbert’s.

They will play with Carroll will play at home on Friday, April 20 at 4 p.m. on the Lawrence courts behind Hiett Hall. These matches will determine Lawrence’s seed in the upcoming Midwest Conference Championships, so the more support we can give these men, the better!