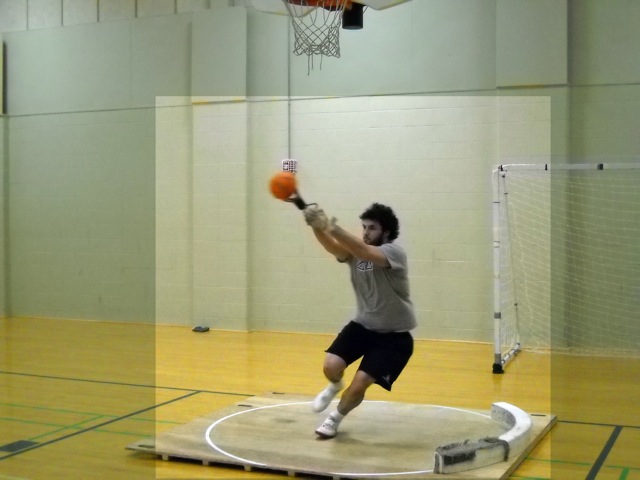 1) You now hold two throwing records at LU. How does that feel? How do you plan to build off of that for more successes in the future?

To hold two records for Lawrence feels like all of my hard work throughout my years here has finally begun to pay off, but I do feel that my attaining the records does not indicate that I have beaten all the other throwers for Lawrence over its history because the men’s hammer and weight throws have only been events in Division III track and field meets since 1974 and 1985, respectively. For the students not familiar with Lawrence throwing history , this means that the man who holds the most records for Lawrence track and field athletics was not able to compete in these events. That man is Ron Wopat, who graduated before he could compete in the events. But I plan to build off these records by working to improve both of those records and try to get the records for discus in the outdoor season.

If I did not throw I would not participate in track. Instead I would play rugby for the club team at Lawrence. After seeing the sport played professionally in Europe, it seems like a good alternative to football in the off-season.

3) What’s the easiest part about throwing? The hardest? Why?

The easiest part of throwing for myself would have to be the turning process to gain momentum during the throw due to extensive repetition of the turning technique our coach requires us to do each practice. The hardest part of throwing is trying to balance yourself with a 35-pound ball that’s swinging around you if you are off-balance. You can fall over, which is embarrassing — or worse, have the weight hit you or someone else, which I have thankfully not done or personally seen.

4) How did you get started throwing? Where did you learn it, what got you started, and what’s kept you in it?

I started throwing in middle school because all of my friends had decided to join and that was the only sport 6th graders were allowed to participate in. I began to get really involved in track in high school thanks to a great coach who really forced me to work hard. Through his tutelage I was able make it in my senior year to the state championship meet for shot put. This made me want to continue to participate in track in college, and thanks to great teammates and times throughout my career at Lawrence, I want to keep participating for Lawrence track and field.

1) What’s the hardest part about fencing? The easiest?

I fence saber, which is the fastest-paced weapon, and the NCAA bouts all go to five points. In a five-point bout you have to concentrate on getting points and making sure your opponent isn’t able to adapt to what you’re doing. If your opponent is ahead, then you have to figure out how to change what you’re doing. The hardest part for me is recognizing that you need to make a change, what specifically the change is and then enact it in time to win the bout. Saber bouts can last 30 seconds to a minute, so there’s really not a lot of time to figure all that out. That thought process is one of the skills really good fencers have. I don’t know if this is the easiest part of fencing, but it is incredibly satisfying to be able to execute an action really well and score a touch. For me, these moments come most often when I am chasing someone down the strip and then make a really clean attack. It’s really when my muscle memory takes over and I’m able to stay calm.

2) How will you train in the offseason to prepare for next year?

Fencing is really the best way to train for fencing, so during spring term we can come in and fence. We do footwork and drills, as well as playing fencing games, so it’s a lot of fun. I’m going to be in Madagascar next fall and unfortunately I won’t be able to do any fencing there, so I’m going to have to get right back into it when I get back to Lawrence in the winter.

3) What’s been your favorite fencing memory so far?

Our second tournament this season has to be one of my best memories. This is a really hard tournament. It is mostly very skilled fencers from Division I schools who attend. Last year I even got to fence an Olympic medalist. We went into the tournament knowing that the level of fencing was going to be very high. We also knew that this tournament was going to determine whether we qualified for regionals, so there was a lot of stress going in. I know I fenced really well at this tournament: I won at least 2 of 3 bouts against all schools and beat people I lost to last year. So I personally had a really good tournament, and the women’s foil and epee squads also did really well. All the women really stepped it up and it was really exciting to see. 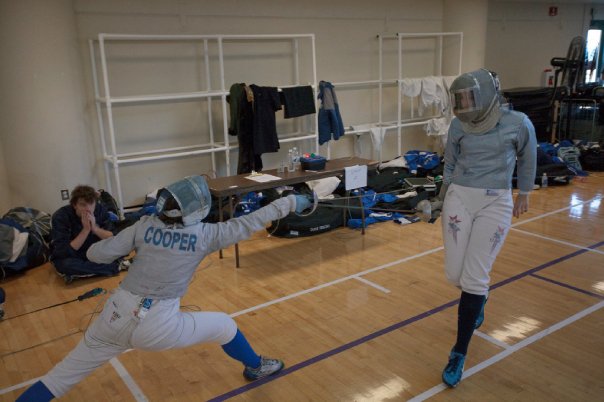 Alyssa Onan (Photo courtesy of Nick Kerkman) Nick Kerkman: Indoor Track 1) You now hold two throwing records at LU. How does that feel? How do you plan to build off of that for more successes in the future? To hold two records for Lawrence feels like all of my hard work throughout my years…