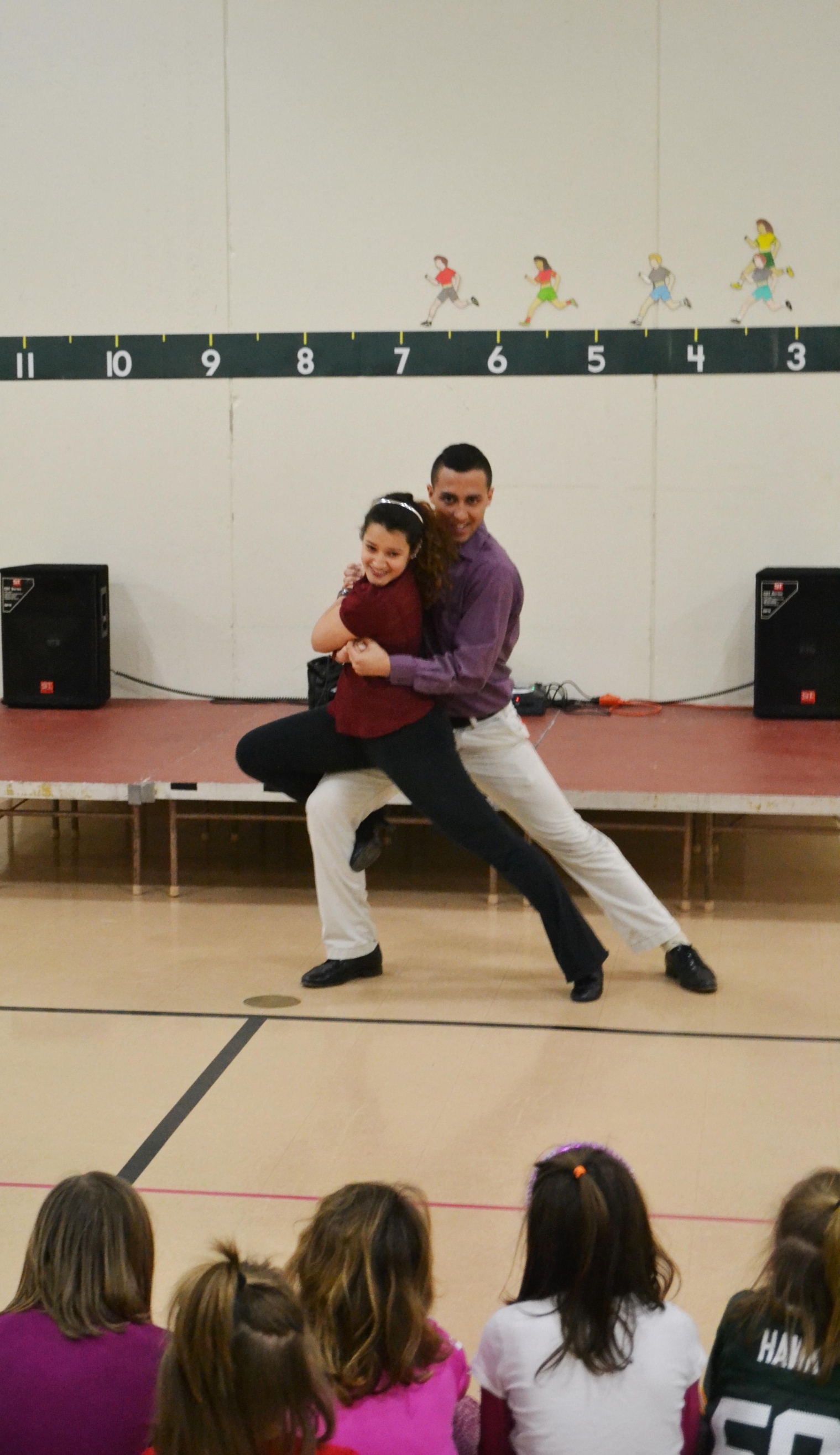 Cultural awareness is important at any age, and diversity should be celebrated. Last Saturday, Lawrence’s club VIVA! brought this message to a group of students at St. Gabriel Elementary in Neenah. VIVA! is an organization on campus geared towards raising awareness about Latin American culture both at Lawrence and in the larger community.

Osbani Garcia, president of VIVA,! spoke to the importance of such cultural awareness: “Learning about any culture is important. Understanding fosters better relationships between people. It’s like building a bridge.”

VIVA!’s visit to St. Gabriel was part of a fundraiser for the school, which was also meant to foster cultural awareness. The event kicked off with a dinner of traditional Latin American food. After dinner, VIVA! members took part in the main event, which was a performance of traditional dances from a variety of Latin American countries including Peru, Puerto Rico and the Dominican Republic.

The evening ended with a workshop led by VIVA! explaining the dances and their meanings to the kids. There were a lot of opportunities for the children to ask questions too. This was VIVA!’s second year taking part in this important cultural event at St. Gabriel.

As Garcia explained, “It was really a learning experience for children about how to interact with people from different cultures. This year, the event was really successful because we knew what to expect and came with a strong sense of purpose.”

In fact, the event was such a success that the event coordinator at the elementary school is interested in working with VIVA! more in the future. Plans are currently under way for a Spanish language workshop for the students as well as their parents. The workshop would be taught by a Lawrence professor and would take place right on campus.

This has been a busy year for VIVA! and they have no plans of slowing down any time soon. In the fall, they celebrated Day of the Dead on campus by setting up a Mexican altar in the Warch Campus Center. It was complete with sugar skulls, rosaries, marigolds and pictures of VIVA! members’ deceased relatives. In honor of the dead, they also had a ceremony in which they served hot chocolate without milk and “pan de muerto.”

When asked about the event, Associate Professor of Spanish and Italian Professor Patricia Vilches, VIVA! mentor, said, “No matter what our own religious stance may be, the ceremony that took place at the Mexican altar this past November was an electrifying moment. Three students knelt by the altar and prayed for beloved family members who had passed away. We believe that in that precise moment religious and cultural mores of the Mexican world came alive at Lawrence.”

Plans are also in the works for a guest speaker in March. If all goes as planned, VIVA! will be hosting a poet from Puerto Rico who will read some of his poetry on campus.

Then in April, VIVA! will celebrate Los Diablos de Yare. “Diablos” translates to “devil,” so as part of the event people will wear devil masks and red costumes while performing the traditional dance.

Spring Term, VIVA! will have another panel discussion concerning Latin American culture. Last year, they hosted a discussion about what it means to be queer in Latin America; members are still deciding on a topic for this year.

And if that doesn’t seem like enough, VIVA! is teaming up with Lawrence International to coordinate weekly Latin American dance workshops. These will be open to the entire Lawrence community. With VIVA!’s annual dance party coming up next term, Lawrentians will want to start perfecting their dance moves.

VIVA! membership and all of its events are open to the entire Lawrence community. They are always looking to get more people involved.

As Garcia put it, “Even if people don’t know anything about Latin American culture, they are still welcome to join. It’s open to anyone who’s curious or interested.”

Meetings are every Wednesday at 5 p.m. on the fourth floor of the Warch Campus Center. Anyone thinking about joining is encouraged to attend. Otherwise, people can also check out their Facebook page or search their webpage on the Lawrence University website. For more information, contact Garcia at osbani.garcia@lawrence.edu.