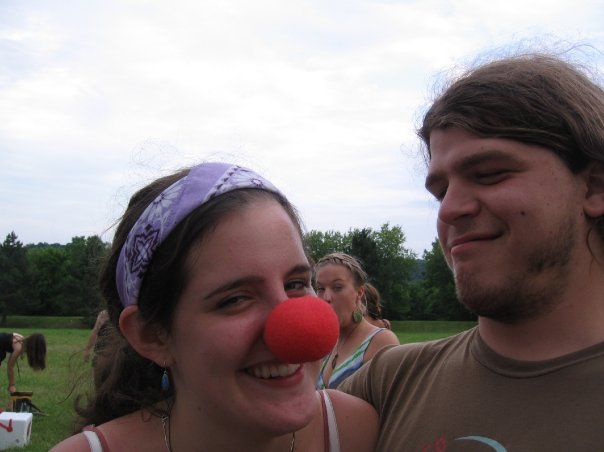 When Lydia Hynson was a junior in high school, she spent two weeks in China on tour with the Milwaukee Youth Symphony Orchestra. Hynson, a cellist, thinks that this trip was when she fell in love with playing classical music.

“We played in a lot of different spaces all over China,” she recalled. “That was a place that was completely different than here, and that was really cool.”

Hynson, a sophomore from Thiensville, Wisc., has also grown to love playing jazz, folk, blues and bluegrass music, which fits right in with her bubbly and passionate personality. She has performed at two Soundboard performances this year. Hynson also sings while playing and collaborates with many of her friends.

“I think the thing that I like about the jazz, folk, bluegrass and blues is that I really get to express the inside of me, and most of the time, everyone that’s in the audience connects with those genres better [than classical music],” she said. “It also makes people want to dance, and I like when people want to dance.”

Music is very important in Hynson’s family. Her dad conducts the Milwaukee Chamber Orchestra and Bel Canto Chorus, her step-mom is a freelance voice teacher, and her mom sings in the Milwaukee Choral Artists. Hynson’s older brothers played an important role when she was picking an instrument to start playing in fourth grade.

Hynson, who is transferring in the fall to University of Wisconsin-Stevens Point, has played with the LSO for the last two years. She is an active member of SLUG and lived in the group’s house all year. Hynson also spent the last year working at Harmony Café, which brought her closer to the Appleton community, she said.

After graduation, Hynson plans to get a master’s degree from a school on the west coast.

“I’ll want to keep my classical chops up, but hopefully I will meet people that I can start gigging with and maybe be on the road with for a while,” she said. “When I get older, all I want to do is teach and have a garden and a farm with lots of chickens and vegetables.”

Lydia’s last two performances at Lawrence will be with the LSO Saturday, May 21 at 8 p.m. in the Chapel and with her string sextet Tuesday, May 24 at 10 p.m. in Harper Hall. The sextet will be playing “Verklärte Nacht” by Arnold Schoenberg. Be sure to hear this talented and enthusiastic cellist before she heads to Stevens Point!

Andrew LaCombe (Photo courtesy of Lydia Hynson) When Lydia Hynson was a junior in high school, she spent two weeks in China on tour with the Milwaukee Youth Symphony Orchestra. Hynson, a cellist, thinks that this trip was when she fell in love with playing classical music. “We played in a lot of different spaces…