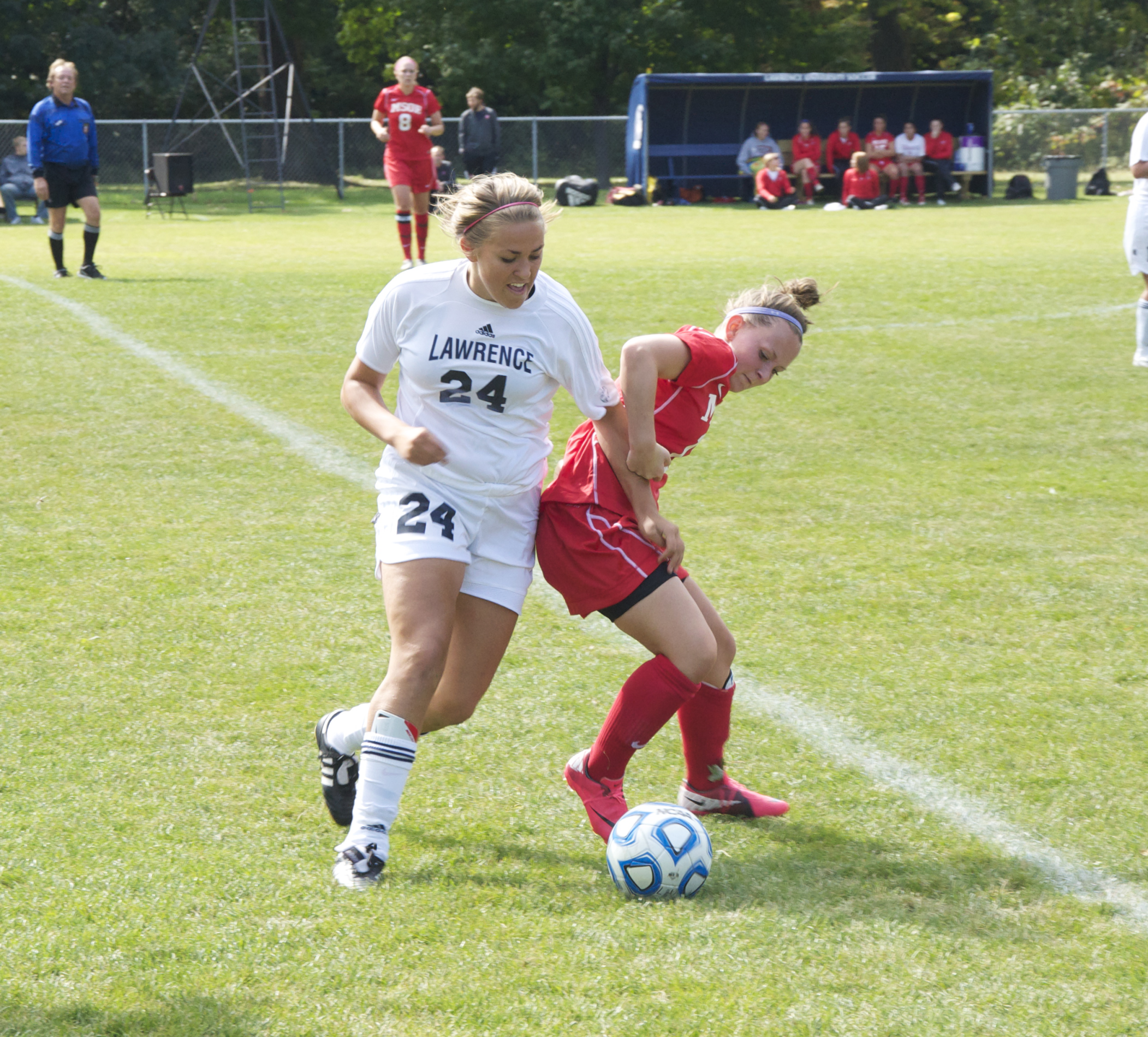 The women’s soccer team collected their first victories of the season last weekend by defeating the Milwaukee School of Engineering Raiders 1-0 Saturday and handling the Lakeland College Muskies with a score of 4-1 Sunday. The wins improve their record to 2-5.

The lone goal Saturday by senior forward Mallory Koula in the 31 minute proved to be the difference. Koula took a pass from freshman midfielder Keli Muchowski and scored with a powerful strike past the keeper. Junior goalkeeper Cassie Burke gathered seven saves, and the stout defense from the Vikings’ backfield helped her earn her first shutout of the season.

Sunday’s match provided more scoring fireworks. It took almost 40 minutes for Lawrence to find the net, but then the floodgates opened. Muchowski pulled a rare feat by scoring directly off a corner kick in the 39th minute. Less than five minutes later, Muchowski scored again off a cross. Koula and senior Cadence Peckham were credited with the assists, and Lawrence had a 2-0 lead at halftime.

About two minutes into the half, Koula scored her second goal of the weekend off of passes from sophomore Anita Babbitt and senior Natalie Jin. Lakeland put in a goal in the 50th minute, but Jin countered with a goal of her own off a corner from Koula in the 56th minute to seal the victory. Burke and freshman Dani Glass split time as goalkeeper to contribute to the win.

After losing their first five games, the Vikings now have a winning streak going into conference play. Koula commented, “This will definitely give us some momentum going into the big conference games we have ahead of us.” When asked what the difference was between their first games and this past weekend, Koula added, “We learned how successful we can be when we play quickly and to each others’ feet. Hopefully we can keep that up.”

Sophomore defender Amanda Ollerer also saw improvements last weekend. “We improved a lot on winning more 50-50 balls out of the air, especially from punts from keepers. At the beginning of the season, we weren’t winning many of them. This past weekend, we won more balls and took advantage of those opportunities.”

The Vikings will try to carry this aggressive and winning mentality into their Midwest Conference play.