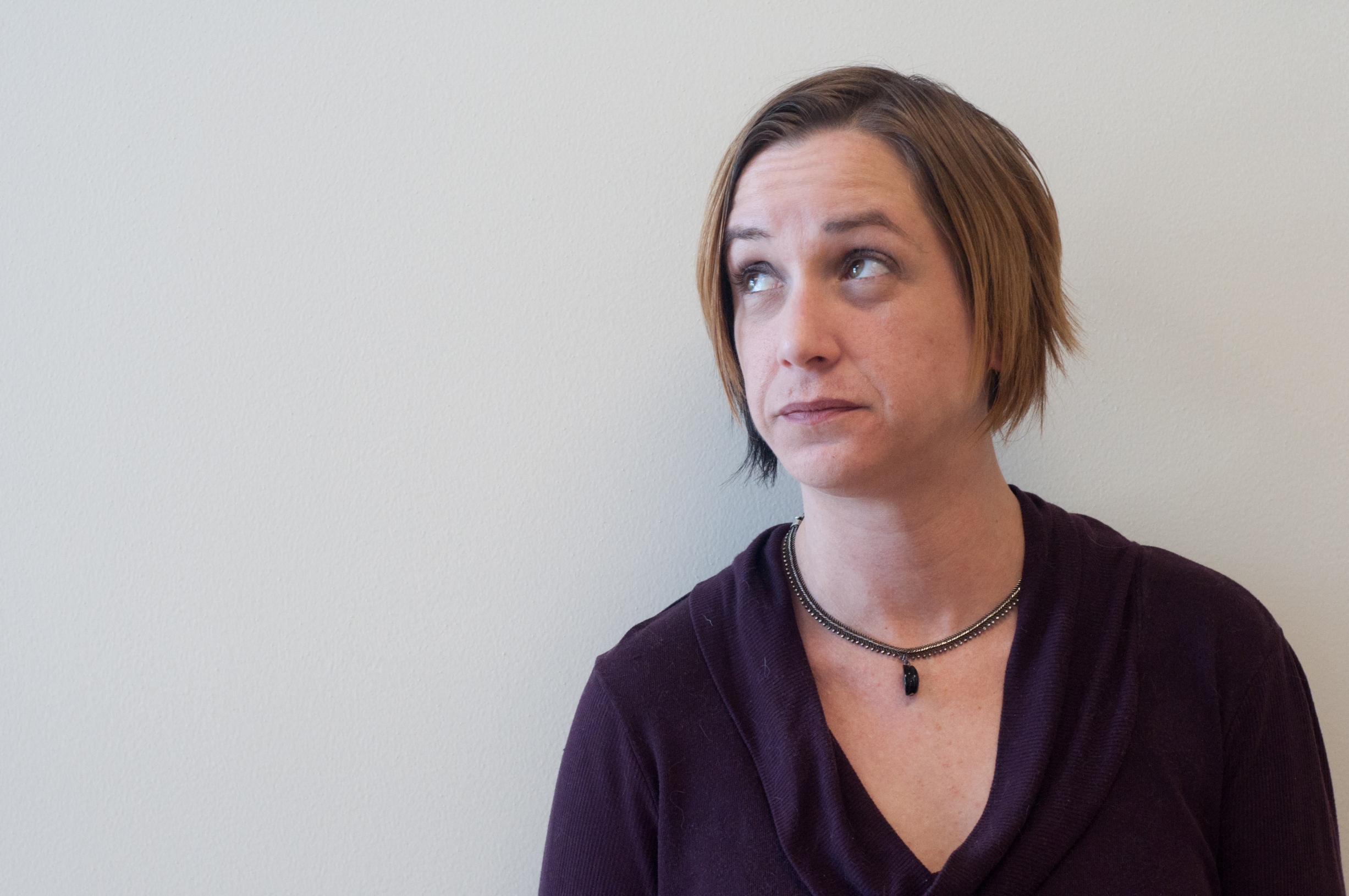 Lecturer of Gender and Freshman Studies Helen Boyd Kramer has been at Lawrence since 2008. Originally from Brooklyn, New York, she has an undergraduate degree in English and a master’s degree in writing, both from The City College of New York. Gender has always been a strong theme in her work. She has written two books, “My Husband Betty” and “She’s Not the Man I Married,” about trans issues. She is currently writing a chapter for the upcoming book “Trans Bodies, Trans Selves.”

RY: How do you like living in Appleton? What’s your favorite part about living here as opposed to New York City?

HBK: It’s hard not to notice that it’s very safe here, and that I really appreciate as a lifelong New Yorker. The first time that I was here for a Flag Day, I walked around in amazement that people would just leave their stuff out! It was just a foreign idea. I’ve visited lots of other places, but I’ve never really lived anywhere other than the New York area. There is a high trust factor [in Appleton], a high civility.

I had the really lovely honor of testifying for the city council this year because they were considering getting rid of the diversity program. I’ve worked with the diversity coordinator here [in Appleton] a lot, but specifically on issues concerning trans people. In the end, the diversity coordinator and I got together and I ended up doing a training for the Appleton police officers. The mayor was there, the chief of police was there! That’s still a little surprising. In New York, you would never meet the people in charge, ever. Government is much more accessible here in general. I think that’s my favorite part about being here: feeling more engaged.

RY: Were you surprised to find a transgender community here in Appleton?

HBK: I was very surprised. The first three months I was here, I discovered that there was a trans support group here in town. Many much bigger cities don’t even have anything like that. What ended up being the answer to the riddle [of why there is a trans support group] is that there was a surgeon in Neenah for many years. There are also people actively working on LGBTQ visibility here, and there’s Harmony Café and other spaces that have been created for people to gather. However, all of these things added to the fact that I did not expect Appleton to have a trans support group — but they do, which is cool!

RY: What is your sense of how the Lawrence community accepts and looks at gender?

HBK: I had one person thank me for bringing gender studies into the 21st century — which is only 10 years late, right? But I think for the most part that it’s been overdue in the sense that the people [at Lawrence] who are really looking for gender studies to be the kind of department it is now had been waiting a while, and had been working on it all along. Students are certainly responding to the fact that there are more types of people doing more types of gender-based research, and that’s really exciting.

RY: Lawrence is always described in books and online reports as aschool that is very accepting of the LGBTQ community. Do you feel this is true? Does this come across when you have students in class?

HBK: Oh, absolutely. Of course, what people experience as acceptance can be variable depending on what background they come from and what they’re used to. This is a very liberal community, though. Once I made the decision to come here, I was coming here with my partner, and everyone has been perfectly welcoming. The university is very accepting of same-sex couples, and in terms of self-reporting as well, LGBTQ students seem very accepted here.

I think there are little pockets of people [here] who aren’t accepting, but I wouldn’t even say they are anti-LGBTQ. I don’t think they’ve had a lot of experience dealing with the LGBTQ population, and that will change as they get to know students who are out, and GLOW becomes more active. A strong recommendation for me was that Lawrence also has LGBTQ individuals in leadership positions. I think everyone should have an opportunity to see someone like them in a leadership role.

RY: Of the classes that you’ve taught at Lawrence, what are your favorites?

HBK: I’m teaching Trans Lives for the fourth time this year, and I always love teaching it because I think there are maybe six places in the country where you can take this course or a course like it, and Lawrence has it. However, I admit that I just taught feminist theory for the first time and I loved it. It was like going back to when I took my first feminist theory course at 19 and I got excited all over again! Of course, it’s hard to get feminist theory into 10 weeks, but we got into interesting debates about various issues, which is the whole point.

RY: What’s your favorite book that you’ve read this year?

HBK: When I’m writing, I’m very rarely reading. Most of the time, I’m reading gender theory. I can’t think of anything I was reading this year that really knocked me out. I’ve been so focused on writing that I haven’t been reading much. I just taught Zhuangzi, which I really enjoy reading every year. So there you go, Zhuangzi is my current favorite book.

RY: What book would you recommend for someone who would like a general overview on feminist theory or gender studies?

HBK: “The Feminine Mystique” by Betty Friedan is making a resurgence. I think the U.S. is having a conversation again about the role of women, motherhood and parenting. No one ever asks these questions about a man; it’s assumed that a man can have both a career and children. I think the issues that were pertinent when Friedan wrote the book are coming back into popular discussion now.