From the archives: Origin of the LU viking 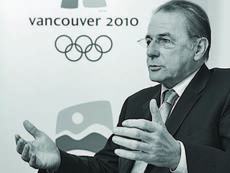 Rogge enumerates the multiple ways in which ultimate frisbee is not a sport.
Chelsea Johnson

Though we may not notice it in our short four, or in some cases, five years here, Lawrence is constantly changing to adapt to shifting cultural conditions and student needs. Nothing has been safe from changes — including our mascot, the Viking.

When Lawrence football was started in 1893, Lawrentians were called “The Blues.” “It was probably a reference to our school colors, which are blue and white,” University Archivist and Assistant Professor Erin Dix said.

In 1926, sports writers and the athletic department decided that this football team’s name needed to be updated. In a January 1926 edition of The Lawrentian, a short article sent out a plea to the student body: “We’ve had the ‘blues’ long enough and it doesn’t fit our actions, so it’s time to get one that does.”

The hunt for a new name became a competition, with the winner receiving a free trip to a Marquette-Lawrence game. As The Lawrentian put it, “It’s going to be a snappy game, and if you think of a snappy name for the snappy team we intend to send up, you’ll have a snappy little trip yourself.”

The student body gathered in the chapel to suggest and vote on a new name. The vote resulted in “Vikings” winning with 252 votes, beating the second place “Blue Jays” by nearly 200 votes. Other contenders were the “Trojans,” “Wild Cats,” “Pinesmen,” “Lumberjacks” and “Oneidas.” Steven Cinkosky ‘29 suggested the winning name.

However, Lawrence being Lawrence, the issue was not decided without discussion. After the vote, many students rallied in favor of keeping the old name.

In a March issue of The Lawrentian that same year, the staff argued in favor of keeping The Blues over the suggested Vikings.

“[‘Blues’] is easy to put in headlines,” the editorial said. “It is well-established… What does the term ‘blues’ mean nowadays? Depression? Not in the newest sense… ‘Blues implies speed, snap, syncopation. A team nicknamed the ‘Blues’ might well be expected to be lively, clever and successful.”

In a follow-up column the next week, the argument continued, drawing on the popular culture of the time to argue for keeping the old name. “The spirit of the age today is jazz and more jazz. The most common expressions of this jazz are found in ‘Blues.’ Who can say that to watch the [Lawrence] Blues in action is not as thrilling as to hear the Red Hot Mamma strains from KYW? The opposition to our old standby has somewhat diminished. Let’s keep the Lawrence Blues on the list of other modern Blues.”

The columnist’s opposition to the name “Vikings” came largely from popular clothing companies of the time.

“No doubt we’ve all heard of the famous ‘Viking’ suspenders,” the columnist said. “But in these days of collegiate belts a man doesn’t need suspenders. Then we have ‘Viking’ shirts [a type of shirt apparently advertised as being worn by frontier men in the past]. But then again we must remember that this is the ‘jazz age’ and today we are calling for thinner and cooler shirts because no longer are we in danger of having Indian arrows pierce them. Who of you would wear a flannel shirt to dance the Charleston?”

Despite this branding problem, the name “Vikings” seemed to stay, and opposition simmered down.

“Several months after the contest, the word began to appear in Lawrence sport stories, and thereafter the name ‘Vikings’ gradually became recognized as the official caption of the Lawrence intercollegiate team,” said a 1931 The Lawrentian article.