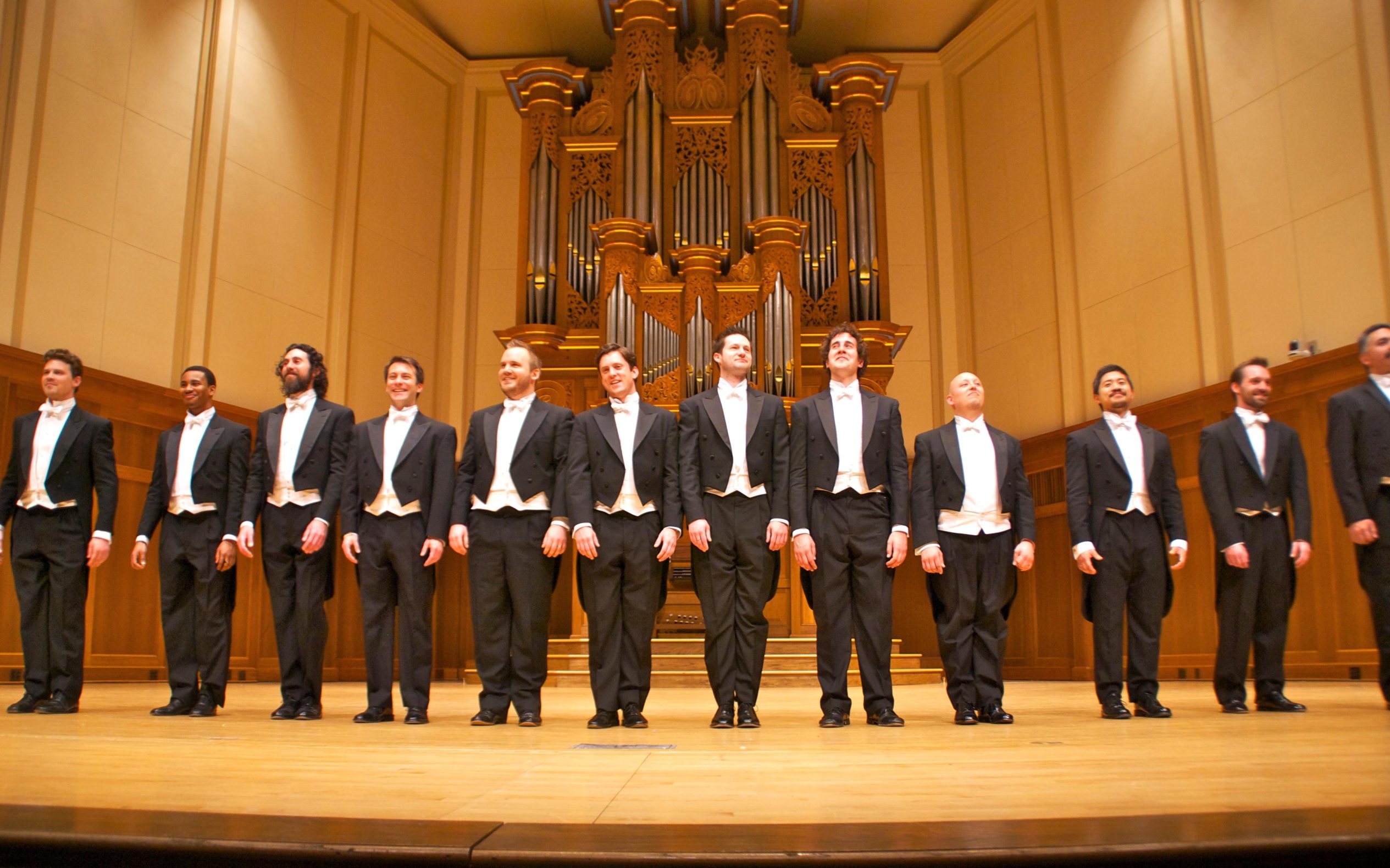 Lawrentians and community members alike packed the Memorial Chapel last Friday, April 13, for an incredible performance by the renowned male vocal ensemble Chanticleer. They traversed centuries of music in their program “Love Story,” from Baroque and Renaissance to new choral music and arrangements of pop songs.

Chanticleer took its name from the “clear-singing” rooster in Geoffrey Chaucer’s Canterbury Tales. The 12 voices comprising the group ranged from bass to countertenor and included our very own Michael Axtell ’08.

The concert proceeded in more or less chronological order, beginning with older compositions and moving to newer ones. The works included motets steeped in the beliefs of the Spanish mystics, pieces which combined elements of Gregorian chant with polyphony, French ***chansons***, Richard Strauss’s Drei M***Ã¤***nnerch**Ã¶**re, Steven Sametz’s “Not an End of Loving,” Eric Whitacre’s “This Marriage,” John Tavener’s “A Village Wedding” and Stephen Paulus’ “The Lotus Lovers.”

The unity and precision of the group astonished. They performed without a conductor, yet they were always together, voices interlocking and blending to create a pure, gorgeous sound. The range and purity of the male sopranos especially stunned. All of the people I know who saw the concert couldn’t stop raving about the skill and beauty of the performance.

It wouldn’t be much of an exaggeration to say that Chanticleer sings the way you would expect angels to sing. The angelic quality to their sound became especially apparent during their performances of sacred works. The nature and subject matter of their “love songs” included both works expressing romantic love and divine love, or, in the case of Tavener’s “A Village Wedding,” the divine made present in earthly love.

“A Village Wedding” was one of my very favorites of the evening. The piece described a seemingly ordinary village wedding in Greece, but the inclusion of Isaiah’s Dance — a part of Orthodox marriage ceremonies — evoked a solemn and mysterious divine presence through the haunting chromatic refrain of “O Isaiah, dance for joy, for the Virgin is with child,” which rose above the drone of the other voices again and again.

The concert wasn’t all serious contemplation, however. The program said that they would perform a “selection of popular songs” at the end of the concert. I said, somewhat jokingly and somewhat hopefully, that they should perform an arrangement of “Bohemian Rhapsody.” They first performed a couple jazz standards with some comedic effects, and then, lo and behold, a dazzling arrangement of “Somebody to Love.” I guess you just can’t have an a cappella concert without Queen.

After the audience greeted them with tumultuous applause and a standing ovation, the group performed one last piece, a gospel song that had the audience grinning because of the energy and sense of fun the singers poured into performance.

I certainly feel grateful to attend Lawrence and have opportunities to attend concerts by absolutely phenomenal performers such as Chanticleer. Their concert was a night of sheer musical glory that I don’t think anyone who heard them will soon forget.