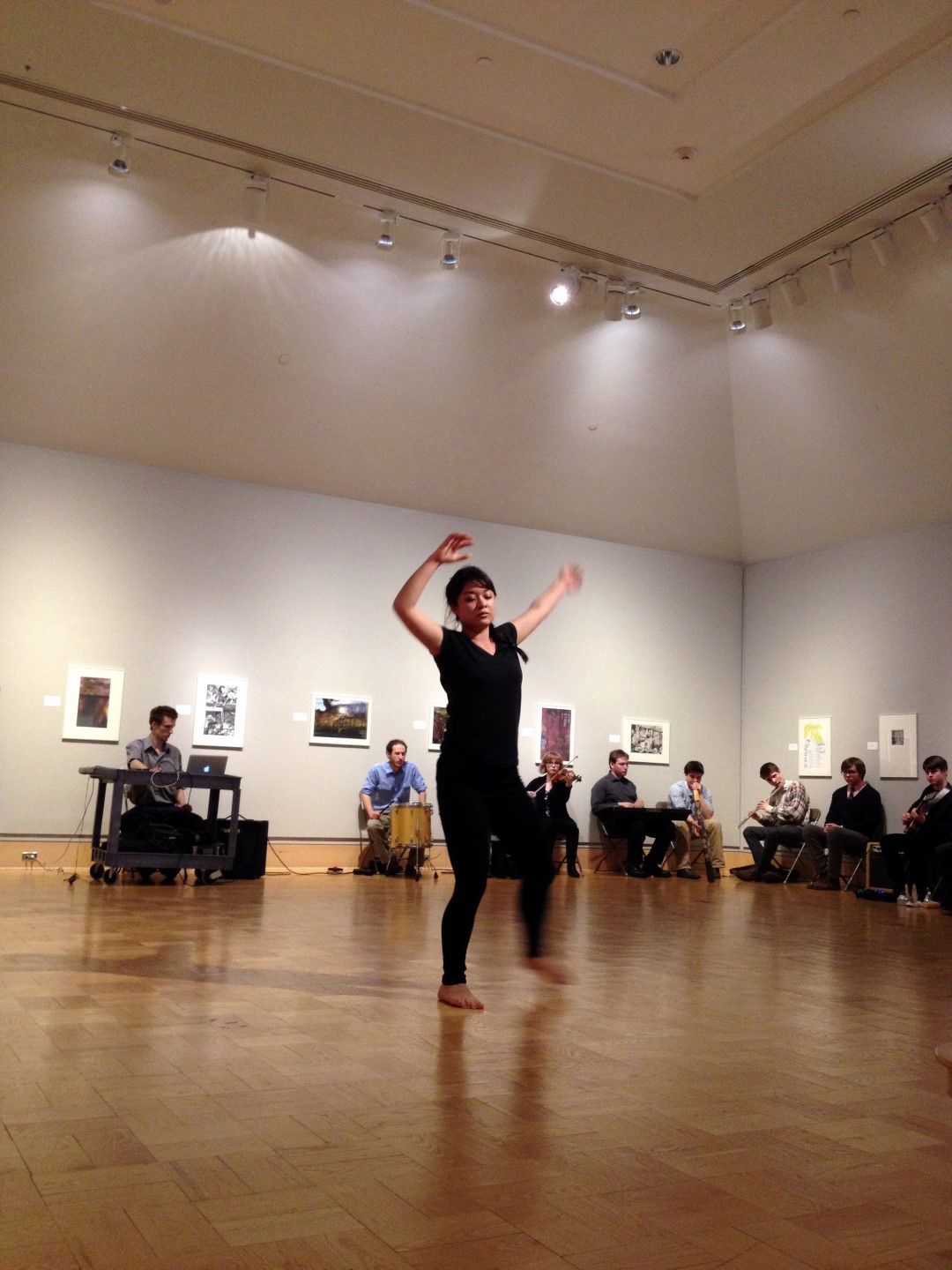 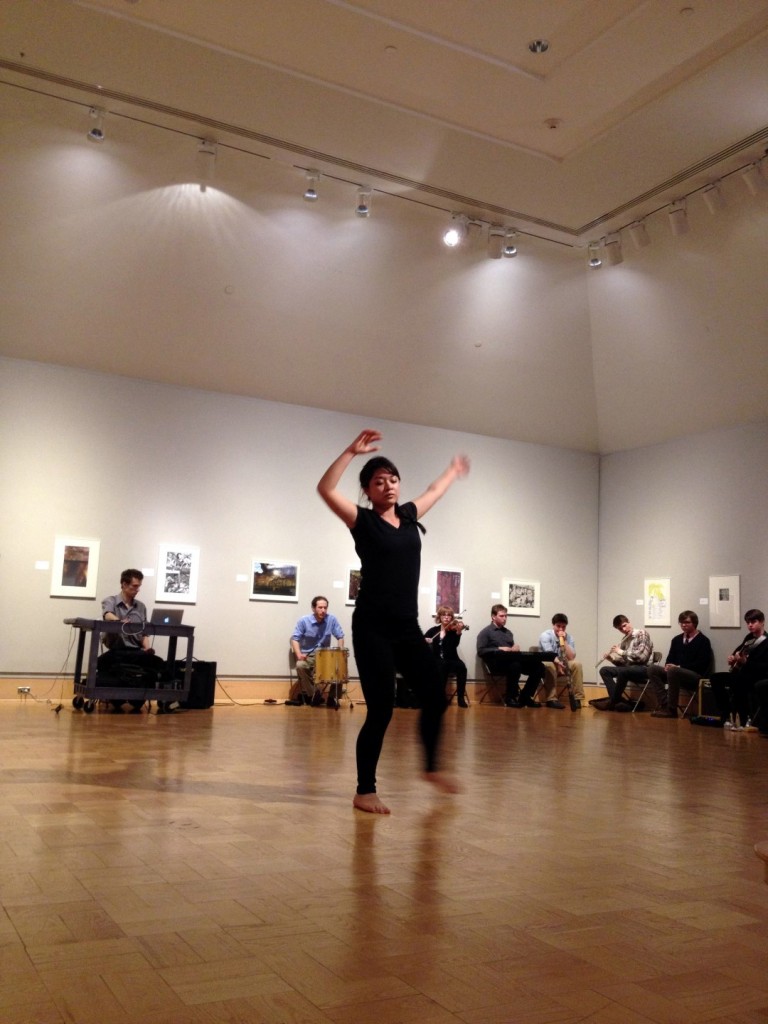 Last Sunday, Feb. 24, the Improvisation Group of Lawrence University (IGLU) put on a unique program in collaboration with the dance students of Professor Rebecca Salzer in the Wriston Auditorium.

Wriston was the perfect space for the program, entitled “Improvising Spaces.”  IGLU was set up along two walls of the room. There were multiple guitars, effects pedals and amplifiers, as well as violins, keyboards, didjeridoo, trumpet, flute and percussion. The otherwise open room provided the dancers with ample space with which to work.

IGLU director Matt Turner explained that the musical content of the performance was based upon five “preset templates.”  These could be simple musical ideas, instrumentations or scales. The group has a vague idea of what the pieces sound like, but there is much room for improvisation within the piece to obtain the desired effect.

Similarly, the dancers improvised within structures of dance music. Some choreography was already worked out, but then the dancers were able to build on the preset ideas individually.

The general choreography of the first piece consisted of the dancers crawling or sliding around on the floor, or sprinting across the dance floor. Their interaction with the music was apparent because, as the energy of the music increased, they decided to develop the sprinting motif. The music was ambient and the texture was dominated by mixed percussion, electronics and feedback sound effects.

The second piece began with a briefly unaccompanied, preset choreographed segment. This piece seemed to be the most predetermined of the dance pieces, as there was a lot of uniform ensemble movement. Once the music began, the dancers fell out of formation, running around in a cyclical motion. When dancers collided, they would fall, then hop back up and continue the cycle. A glockenspiel was added to the musical texture in this piece, along with a more involved role from the flute.

The third piece was the most individually improvisatory of the night among dancers. Each dancer assumed a “character” and performed a brief “solo.” At this point in the program, it was becoming noticeable that the dance was perhaps a bit more varied than the music. Though the texture and instrumentation was unique, it was used to create a similar collective, intangible and atmospheric effect.

The dancers showed off their strength in the fourth piece, pairing up and clinging to each other. One would offer their back for the other to balance on top of and they would hold that pose.

The last piece was the most interesting of the concert, exposing the improvisatory nature of the piece most explicitly. IGLU performed a sort of instrumentation experiment, moving through a series of improvised duets. The length of each duet was determined by the dancers, who would say “phase” to move on to the next couple.

Violinist Rachel Calvert, who played the first duet of the sequence, said that the duets were successful: “With the smaller groups, it is more clear to express your ideas and interact intimately.” The musicians and dancers had equal roles in expressing their ideas and executed them with equal authority.

This interactive performance made it easy to see the striking similarities between the musicians’ and dancers’ improvisatory processes. They had to convey their ideas to their own group, the opposite group and the audience through careful development of motifs, all working within certain structural limitations of their art. Both groups’ ability to express themselves naturally and organically made this rare performance incredibly special.

Last Sunday, Feb. 24, the Improvisation Group of Lawrence University (IGLU) put on a unique program in collaboration with the dance students of Professor Rebecca Salzer in the Wriston Auditorium. Wriston was the perfect space for the program, entitled “Improvising Spaces.”  IGLU was set up along two walls of the room. There were multiple guitars,…