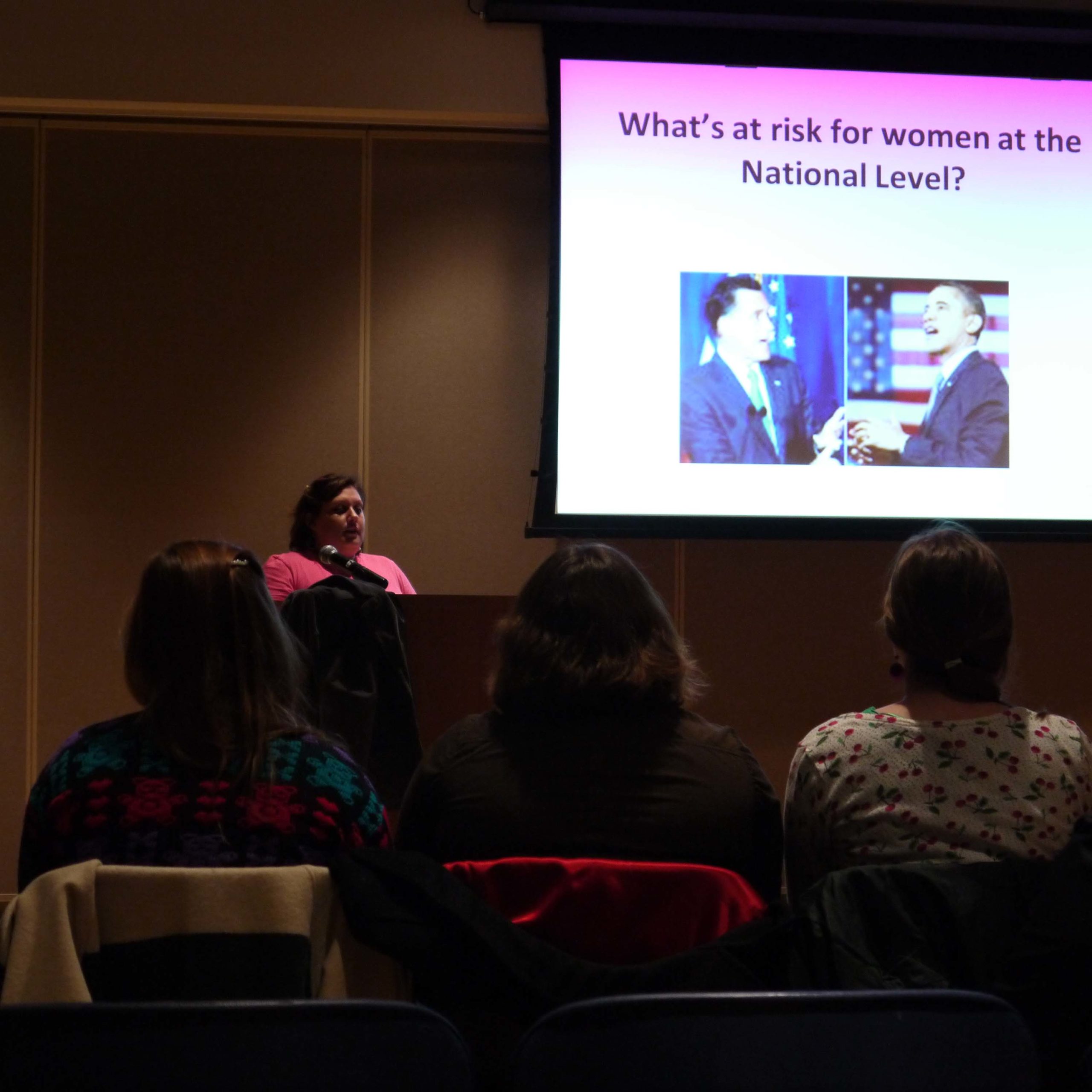 On Nov. 1, the Downer Feminist Council hosted the event “Cookies and Contraceptives,” where a representative from the Appleton Planned Parenthood came to discuss Planned Parenthood Services and its place in the upcoming election.  Cookies, lemonade, women’s rights buttons, informative pamphlets and condom goody bags were provided for attendees.

Planned Parenthood representative Sabrina Johnson discussed the Planned Parenthood services, including public affairs and education, at stake in the upcoming election. She also talked about the role of women’s health in the upcoming election. Finally, Johnson discussed the state budget, legislative moves in this year so far and where the Wisconsin assembly stands on the topic of abortion.

Johnson also talked about the upcoming launch of a text message hotline, where curious teens can ask Planned Parenthood workers about sexual health.

However, Planned Parenthood has also had some setbacks. So far, they have had to grapple with the repeal of the Healthy Youth Act, the banning of private insurance coverage for abortion, the banning of PPWI patients from using Well Woman Program funds, the introduction of the legislation to legally define “personhood” from fertilization and outlaw all abortion in Wisconsin, the resolution passed to honor Crisis Pregnancy Center, increased cuts to BadgerCare and the end to PPWI’s 16-year WWP coordination contract.

Johnson compared the two presidential candidates and their stances on women’s health, thus strongly reinforcing that Governer Mitt Romney would be detrimental to women’s health rights.  She discussed how the Affordable Health Care Act, Planned Parenthood, the National Family Planning Program, birth control and safe, legal abortion are all at stake if Romney won the presidential election.  She sided with  President Barack Obama because he had passed the Affordable Health Care Act, supports Planned Parenthood and helped make birth control affordable by eliminating co-pays.

President of DFC and junior Lauren Schulte was surprised at how the event went. “I thought it was going to be more about contraceptive than all of the legislative issues that relate to Planned Parenthood.  It is important to discuss that because a lot of people don’t make the connection that so much is at stake,” said Schulte.  “I am glad that she did discuss that, especially in lieu of the election being on Tuesday and so damn close.  It was not quite what I expected, but it turned out well in my opinion.”

Freshman Ayse Garibagaoglu appreciated the event but felt that its title was a misnomer.

“I did not have any expectations when I went there because the posters around campus didn’t provide any information except that it was about ‘cookies’ and ‘contraceptives’,” said Garibagaoglu. “I thought it was important that they talked about politics and what we should expect if one or the other presidential candidate wins. However, I thought the information should have been presented in a more neutral way. I understand that Planned Parenthood has its own opinion and it is okay that they present it, but it seemed like politics took up most of the time in the presentation and I felt like I was at an election campaign event rather than at a presentation about ‘cookies and contraceptives’.”

Freshman Tracy Johnson was on a subcommittee that organized the Cookies and Contraceptive event. “I didn’t know much about the crisis pregnancy centers.  I think that’s interesting because they are definitely prevalent where I am from, which is Saint Louis.  I really wasn’t aware of what they were,” said Johnson.

In their meetings, DFC discusses contemporary feminist issues on campus and in current events.  Recent topics of discussion have included the Amherst rape statistics and the sexual assault policy on campus.  Past events  by DFC have included “The Vagina Monologues,” “Slut Walk” and “Take Back the Night”.  Recently, DFC posted flyers around campus with information on women’s rights in the upcoming election.  The group has also talked about trying to get spoken word artist Andrea Gibson on campus.

“Take Back the Night” is a event held to raise awareness about domestic violence and sexual assaults and consists of  a march downtown, speakers and performances.  “Vagina Monologues is an episodic play written by Eve Ensler that consists of a series of monologues by women discussing women hood, the female body and assault and the word “cunt”.  Last year the show raised nearly 200 dollars for Harbor House, a nonprofit domestic abuse center in Appleton.